As Mario Lopez, 18, sped away after hitting an occupied vehicle, he crashed into several other cars. 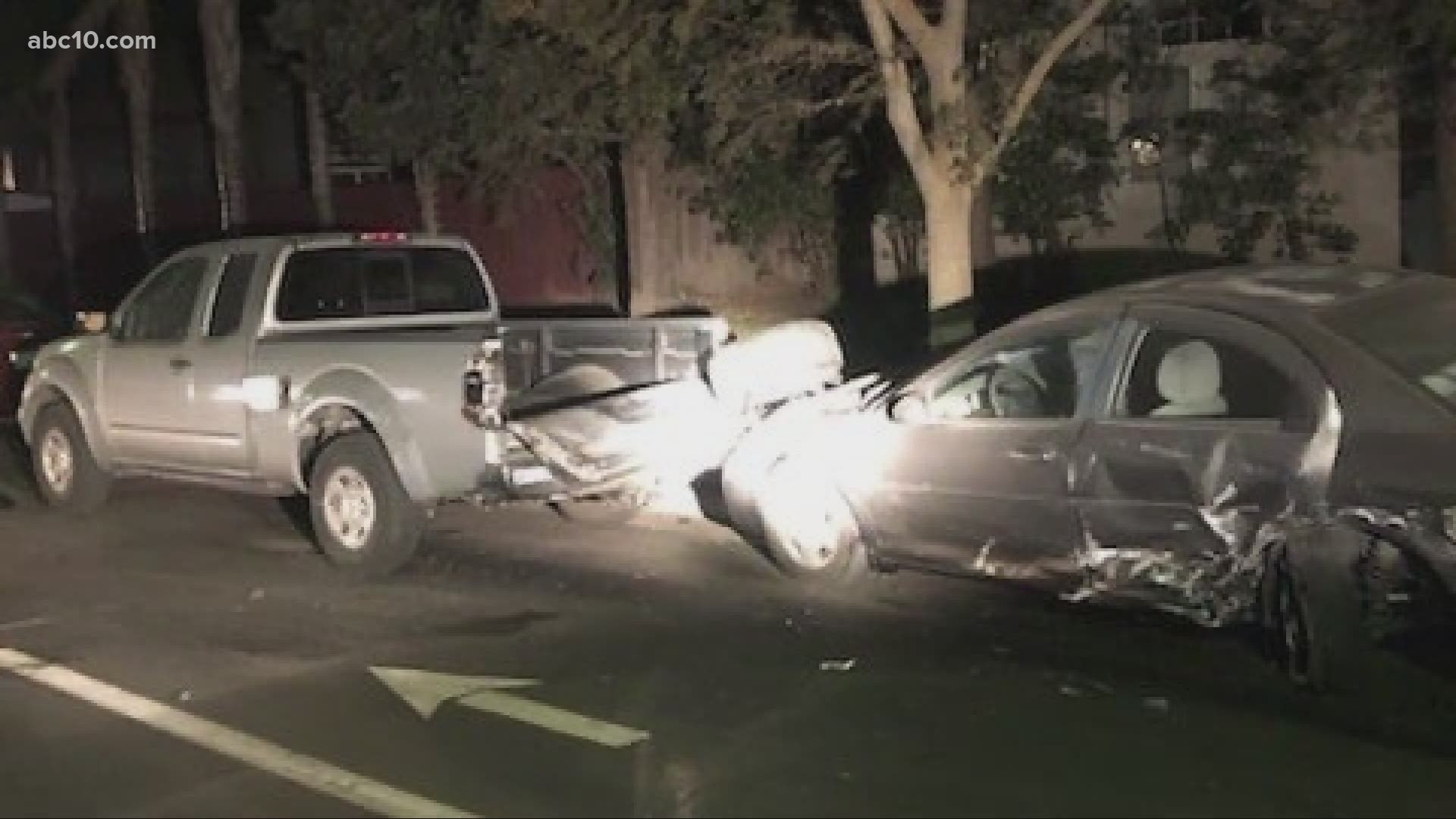 WOODLAND, Calif. — The Woodland Police Department arrested a teenager around midnight on Friday for driving while intoxicated, hitting multiple cars and fleeing the scene.

According to police, Mario Lopez, 18, of Woodland, was driving drunk when he hit an occupied car near E. Gum and Matmor Roads. As Lopez sped away, he crashed into several other vehicles along the way. According to witnesses, there was a lot of damage as police say he hit about five other cars.

Not only was the driver inflicting damage on other cars, but his own car was nearly wrecked. The front right wheel assembly and control arm was sheared off of the car, police said, but Lopez continued driving.

Throughout the ordeal, witnesses were updating police officers of the car's route, allowing officers to keep track of Lopez, who eventually stopped at Farnham and Maxwell Avenues, where police were able to arrest him.

Lopez was booked into Yolo County Jail for DUI and hit and run. No other information is available at this time.

The Woodland incident is the second high-profile suspected DUI case this week, following a dramatic weekend rescue of a suspected DUI driver from a fiery vehicle by a Davis Police officer on Oct. 17.

And Mothers Against Drunk Driving (MADD) is warning about an increase in drunk drivers on the roads.

"In my role in MADD I'm getting calls from victims of DUI crashes every few days," MADD spokesperson Rhonda Campbell said.

Official updated DUI arrest numbers from CHP are expected as early as next week, but Campbell said she knows what to expect.

"Their DUI arrests are up, and literally what they are saying to me is that there are a lot of people working from home and doing a lot of day drinking. And then they are going out in their cars and doing their routines in the evenings, and it's really irresponsible and scary," Campbell said.

And so MADD is teaming up with CHP to share victim stories across their social media platforms and also at DUI checkpoints to hopefully discourage drunk driving.

"What I want people to know is these numbers you are seeing all have a human life attached to them. There are empty seats at tables tonight because of drunk and impaired driving," Campbell said.