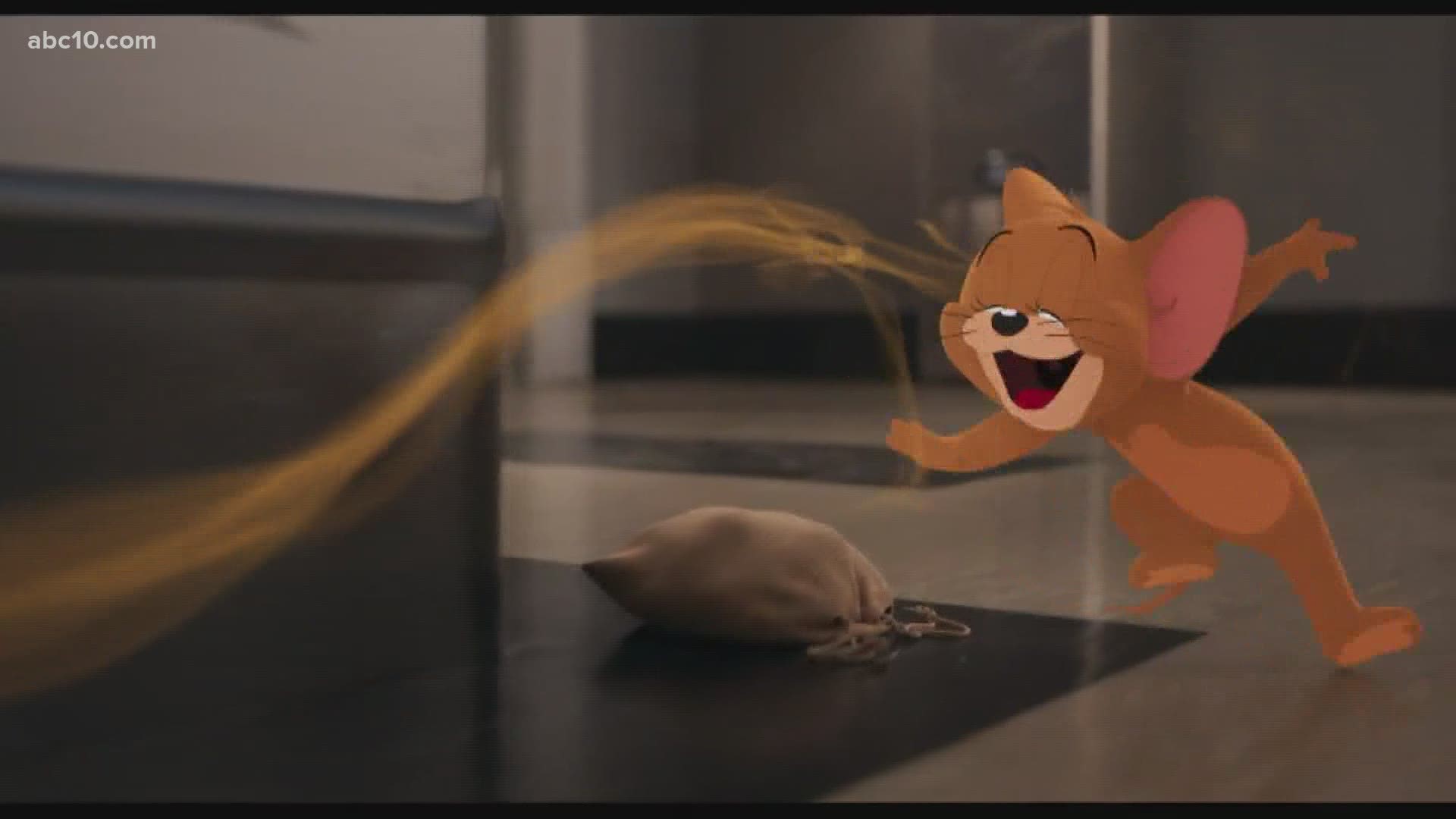 WOODLAND, Calif. — During the last week of February, Yolo County moved into the 'red tier' of the state's coronavirus reopening plan, and with that change, several businesses were allowed to reopen or expand operations.

One of those long-shuttered industries that was given a new life were movie theaters, which are allowed to reopen indoors at 25% capacity in the red tier. However, despite clearance from the state to resume the movie-going experience, only one theater in Yolo County has plans to reopen.

State Theatre & Multiplex in Woodland announced it would reopen its doors with newly released titles on Friday, March 5. The theater, located at 322 Main St. in downtown Woodland, is the only theater in Yolo County with any plans to show movies in-doors at this time.

Besides Woodland, the only other theaters in Yolo County are in the city of Davis (West Sacramento does not have any movie theaters).

Regal Cinemas, which has two locations in Davis, announced in October 2020 that it was closing over 500 locations in the U.S. after the still yet-to-be released James Bond film received yet another push back on its release date. The cinema chain recently announced they would be reopening select theaters, but the Davis locations are not slated to open their doors until May 21 at the earliest.

Then, there is independent movie theater Varsity Theatre in Davis, which is not reopening for reasons unrelated to coronavirus.

"We are having a portion of our roof replaced and that work is scheduled to finish by the end of the month," general manager Sinisa Novakovic said. "So, early April would be the earliest time we would reopen, provided that my staff is vaccinated."

Novakovic also said that a lack of big blockbuster movies limits the theater's ability to bring in a crowd.

"To put simply, there aren’t very many titles that will be available," Novakovic said. "With not much to play, postponing the reopening makes sense."

She added that she believes the Davis community would not necessarily be the biggest movie-goers in the immediate future, given the newness of it all and the continuing uncertainty of the virus.

"Even if we did open the doors, majority of the customers would probably shy away from being in a closed space for two hours at a time," Novakovic said. "This especially holds true in Davis where the majority of the population has good scientific background and believes in facts."

Woodland State Theatre & Multiplex is the only Yolo County movie theater taking its chance to reopen as a result.

The theater plans to show several movies, including 'Raya and the Last Dragon' and 'Chaos Walking' as soon as they are released. The following titles will also be featured:

State Theatre is also offering "private watch parties" where up to 20 guests can have a private showing for $130 on weekdays and $145 on weekends.