Students from all over the Sacramento area attended a youth job fair hosted by the California Employment Development Department. Dozens of area employers showcased what they have to offer to the workforce of the future. 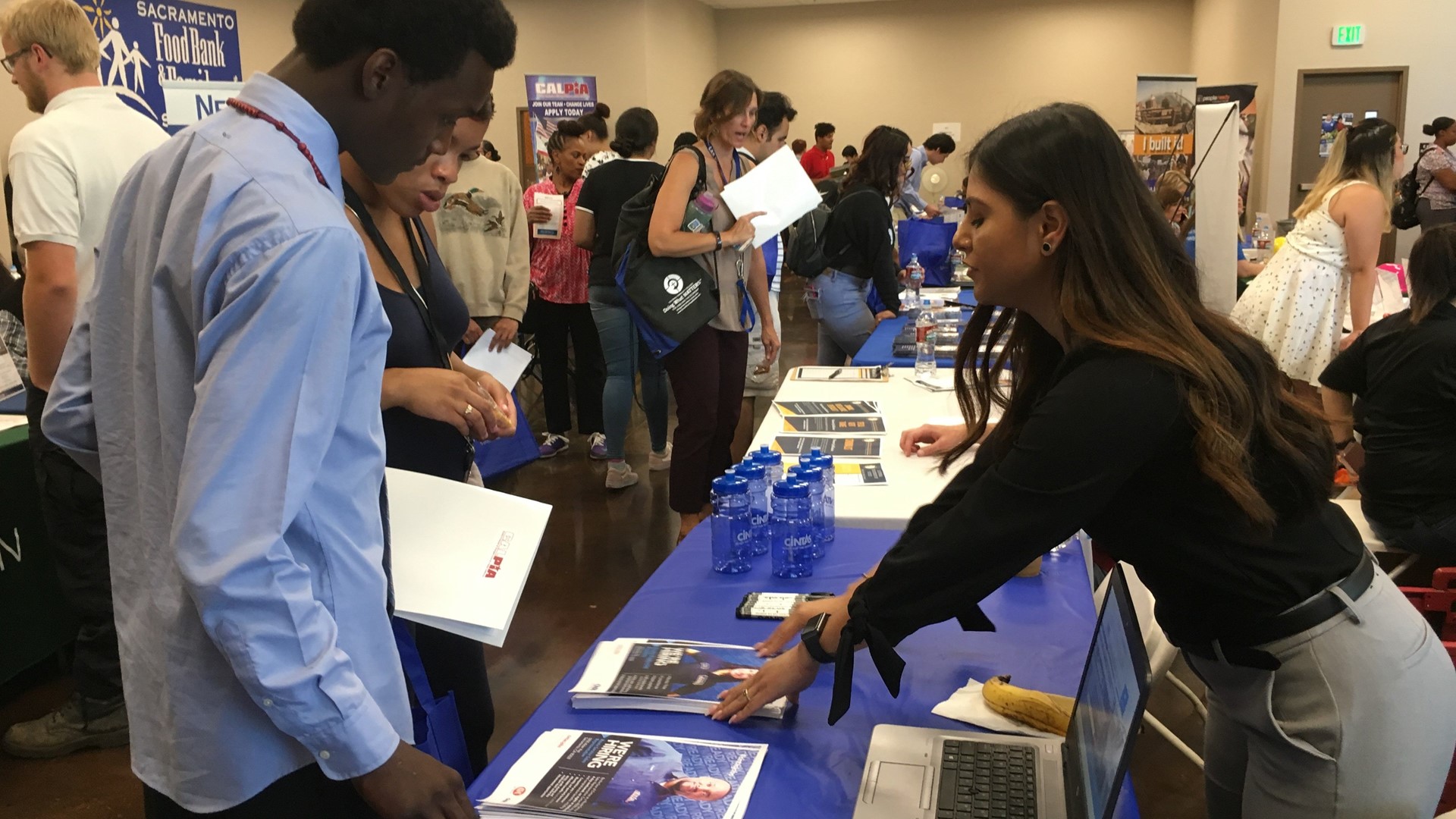 Sacramento area students flocked to the Youth Job and Resource Fair in Oak Park on Thursday.

The job fair was held at the Sacramento Food Bank & Family Services -- an organization that does more than put food in bellies, explained Shay Smith, technology education manager. She helps job seekers create resumes, write cover letters and gain the basic skills they need to succeed.

About three dozen area employers participated, showcasing what they have to offer to the future of the workforce. Government, law enforcement, construction, retail sales, hospitality, temp agencies, the military and, of course, food service, the largest employer of teen workers, were represented.

The California Office of Attorney General stood out as perhaps not the most traditional employer of teen workers. Jared Cottini and Hamid Formoli who were on hand recruiting for the OAG's office explained that as part of the mayor's "Thousand Strong" campaign to give employment opportunities to students, their agency is actively seeking younger employees.

Last year, the office hired five teens, mostly doing basic clerical work -- but also giving them a glimpse into legal and investigative work to which they might aspire.

More than work experience, which of course most teens lack, "We're looking for passion," Cottini said.

This year, the office hopes to expand to 10 positions for student workers.

None of the teens who spoke to ABC10 about their job search were overly picky about what they would take. They all just wanted work to gain experience and earn money to get them to the next stage in pursuing their dreams.

James Clark, a Foothill High School student who attended in a suit jacket, button-down shirt and tie, said he aspires to be a video game coder, but for now, he'll settle for a job landscaping.

Christopher Diaz, an Inderkum High School student, aspires to be a firefighter, but he too is willing to settle for something else in the meantime.

Tyrese Lowe, a senior at Rio Cazedero High School, expressed interest in automotive engineering or in-home care, but in the meantime, he's mainly looking at customer service and fast food

Ania Burton, 15, wants to be a pediatrician. Since it will take many years in college and medical school to reach that goal, she wants to start saving money now.