Wide Open Walls 2018 brought at least 40 new murals to the Sacramento area. A hidden message among one Oak Park mural has, until recently, gone unnoticed. 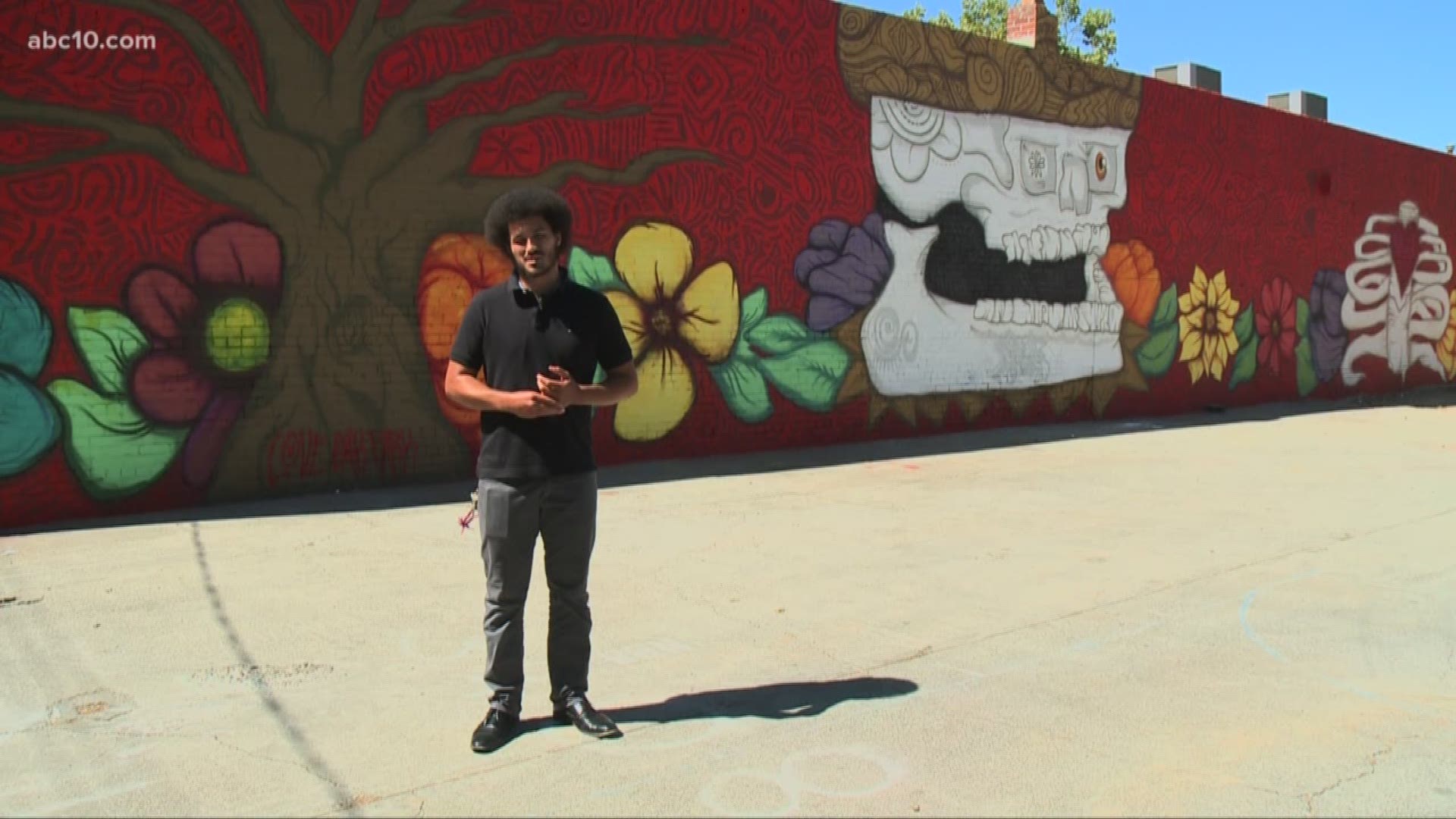 Wide Open Walls 2018 brought at least 40 new murals to the Sacramento area. A hidden message among one Oak Park mural has, until recently, gone unnoticed.

At first glance, you see skulls and art associated with Dia de Los Muertos, or the Day of the Dead. Artist Aizik Brown chose this theme because he is part Black but also Mexican. Brown is from North Sacramento, but as a Sacramento High School grad and Student Life Coordinator for College Track, he feels very much part of the Oak Park community.

The concept didn't come to him right away, but once he started painting, it just made sense.

"I like to let things flow and see how things happen," said Brown.

Brown felt his creation was a great way to celebrate his Mexican heritage, the Oak Park culture, and pay tribute to people who have passed away.

Look at the mural closely and you'll see words blending in with the tribal print; words like "proud," "culture," and "life." You'll also see familiar names: "Zoe," which was Stephon Clark's nickname. Clark was the Sac High grad whose death sparked outrage and protests for months. Tamir William's name is also on the mural.

So is "Nutter," which was Deston Garrett's nickname; another Sac High student killed a few days before his graduation.

"Nutter was a huge impact on the community," said Brown. "A real big hit on myself as well, like losing a little brother."

Nutter's mother, Tanya Bean-Garrett, just learned of the mural this week. On Thursday, she saw her son's nickname on the wall for the first time.

"It puts more reflection on dealing with it," said Bean-Garrett. "Each day is different."

It's been just more than two years since Nutter's death. Bean-Garrett has found support through the "Parents of Murdered Children" organization. She has also started a non-profit in her son's name: 21 Reasons.

But seeing his name forever engrained in the same community he was born, raised, and taken brings some comfort for Bean-Garrett, knowing he'll never be forgotten.

"I gotta keep working. This is what he wanted to do," said Bean-Garrett. "I appreciate [Brown] for thinking of our family in that way."