'Five Trees for Mina' is about a loving cat who changed a dog lover's life forever. 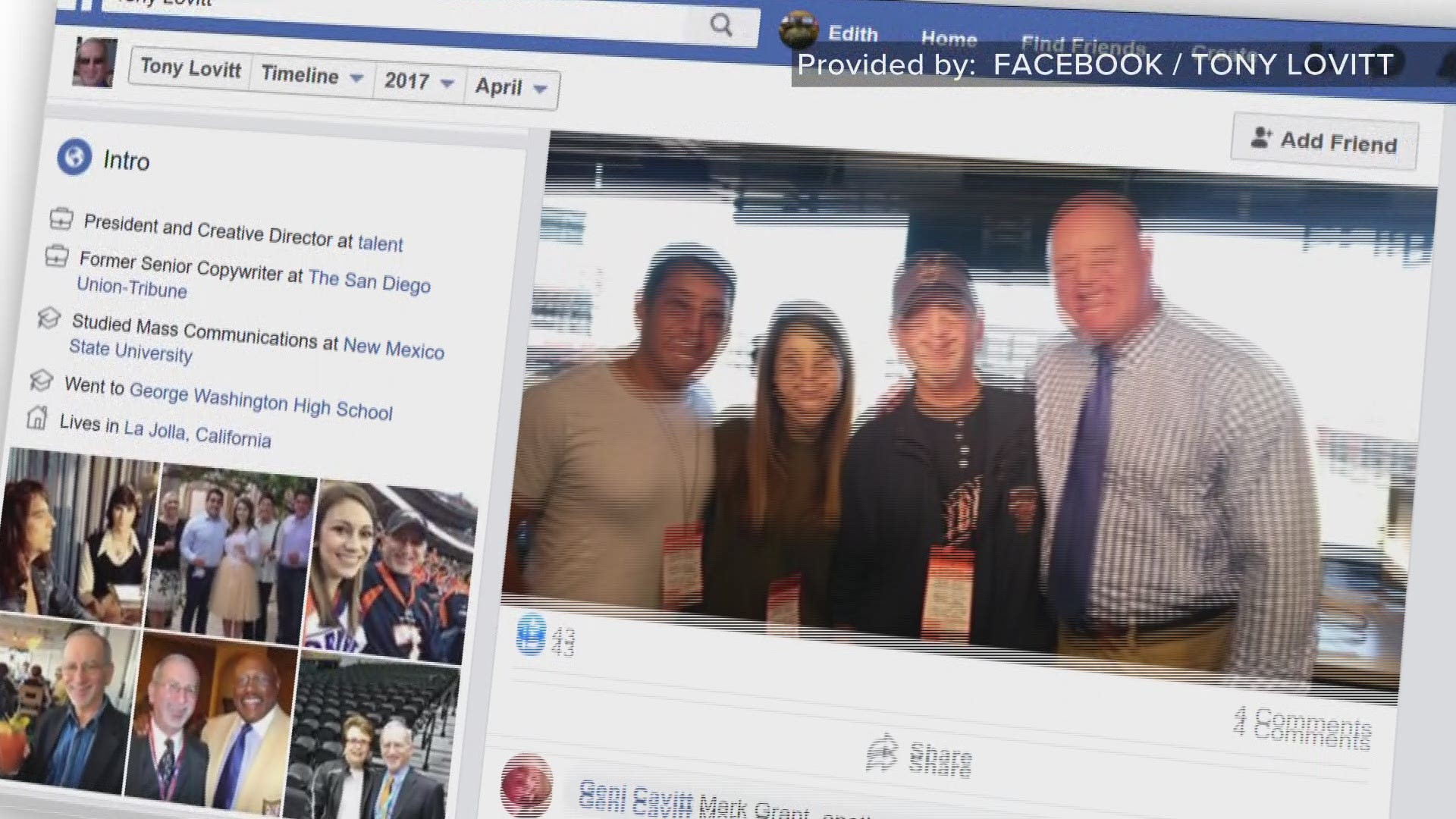 SAN DIEGO — Owning a dog is great, but there's something special about having a cat curl up in your lap. In this Zevely Zone, I met a familiar voice with a story for all pet lovers.

Take a tour of Tony Lovitt's Facebook page, and it's clear how much he loves his daughter Shelby.

But when his little girl grew up and headed off to college, she asked her dad for a feline favor.

"My daughter called and said 'Hey dad you will take the cat, won't you?' You don't turn your daughter down on a request like that," said Tony.

Despite his love for dogs and being allergic to cats, Tony opened his home and heart to a pretty Persian cat named Mina.

He was the sports announcer for the San Diego Sockers and traveled the country meeting famous athletes like Billie Jean King, John McEnroe and John Elway. Tony also produced hundreds of radio and television commercials.

The strange thing about being a voice-over talent is people in San Diego County may not recognize Tony's face but they know his voice.

"Oh there is no question about it anybody who has been in San Diego for the past ten years has heard my voice on TV and radio commercials," said Tony.

Despite a long career in voice-over work, Tony suddenly became compelled to use his voice in a different way.

"Mina ended up growing on me literally and figuratively over the years," said Tony.

After living for nearly 20 years, Mina succumbed to lymphoma.

"I guess I was surprised by how emotionally devastated or bereaved that I was," said Tony.

After Mina's passing, Tony received a card from his longtime veterinarian informing him that five trees had been planted and donated to the Arbor Foundation for Mina in Minnesota.

"Oh, I was just blown away I just thought it was a wonderful tribute and at that very instance I just immediately had the idea for the book," said Tony.

'Five Trees for Mina' is Tony's first book of any kind and it helps children and their parents deal with the loss of a pet. And to think, Tony's book and its lesson to grow on just like the trees for Mina came from a dog guy.

RELATED: "Danny Dog" is one book with a very happy ending

"I am a cat person too. She converted me," said Tony.

'Five Trees for Mina' is available on Amazon. To purchase the book online, click here.