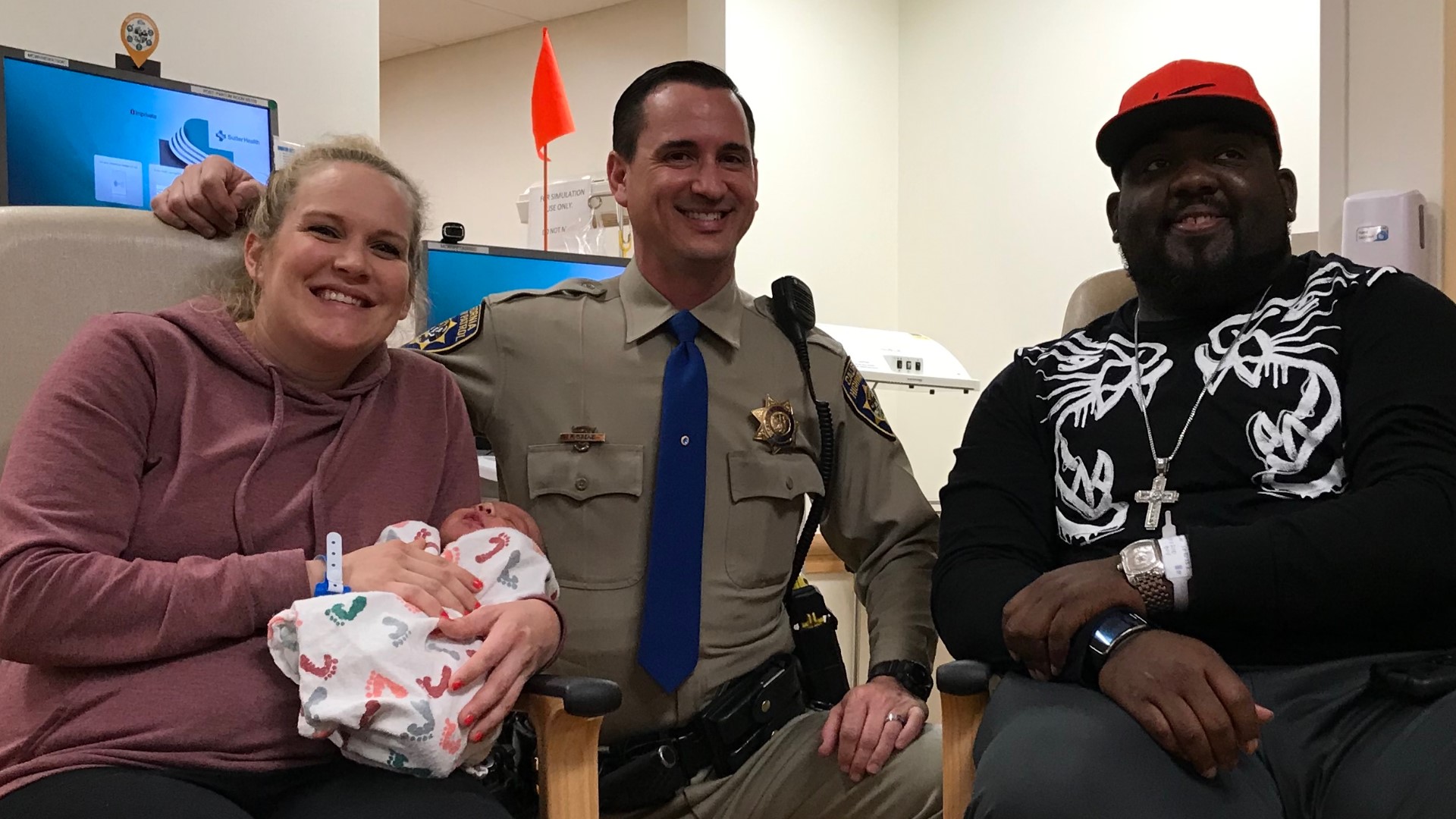 SACRAMENTO, Calif. — Baby Ezekiel burst into the world on Monday, before his parents could get him to the hospital. His mother, Tiffana Lemaster, and his father, Calvin Thompson, were heading from Stockton to Roseville when they were forced to pull off on the shoulder of Interstate 5.

READ ALSO: Mom gets $115 ticket while breastfeeding her baby in parked car

"I was more focused on [the baby] being on me than I was anything else," said Lemaster. "And then I heard, I don't remember if it was for sure, the dispatch on the speaker of the phone just saying 'Is he, I haven't heard him cry.' And all of a sudden it dawned on me, he's blue. I haven't heard him cry. So, at that point...I just handed him to the officer. I just said, you know, fix him. I didn't know what to do."

Fortunately, Dibene did know what to do.

"He wasn't crying, wasn't making any noise, wasn't moving," recalled Dibene. "So, I just started to strike him, strike his back until he eventually dislodged whatever was in his mouth and started to make that beautiful cry."

Dibene was reunited with the family on Tuesday and is being called a hero for his calm, quick thinking and actions.