Modesto homeless get a fresh start under 9th Street Bridge

The first group of homeless people has moved into the uniformed tent city underneath the 9th Street Bridge in Modesto over from Beard Brook Park. 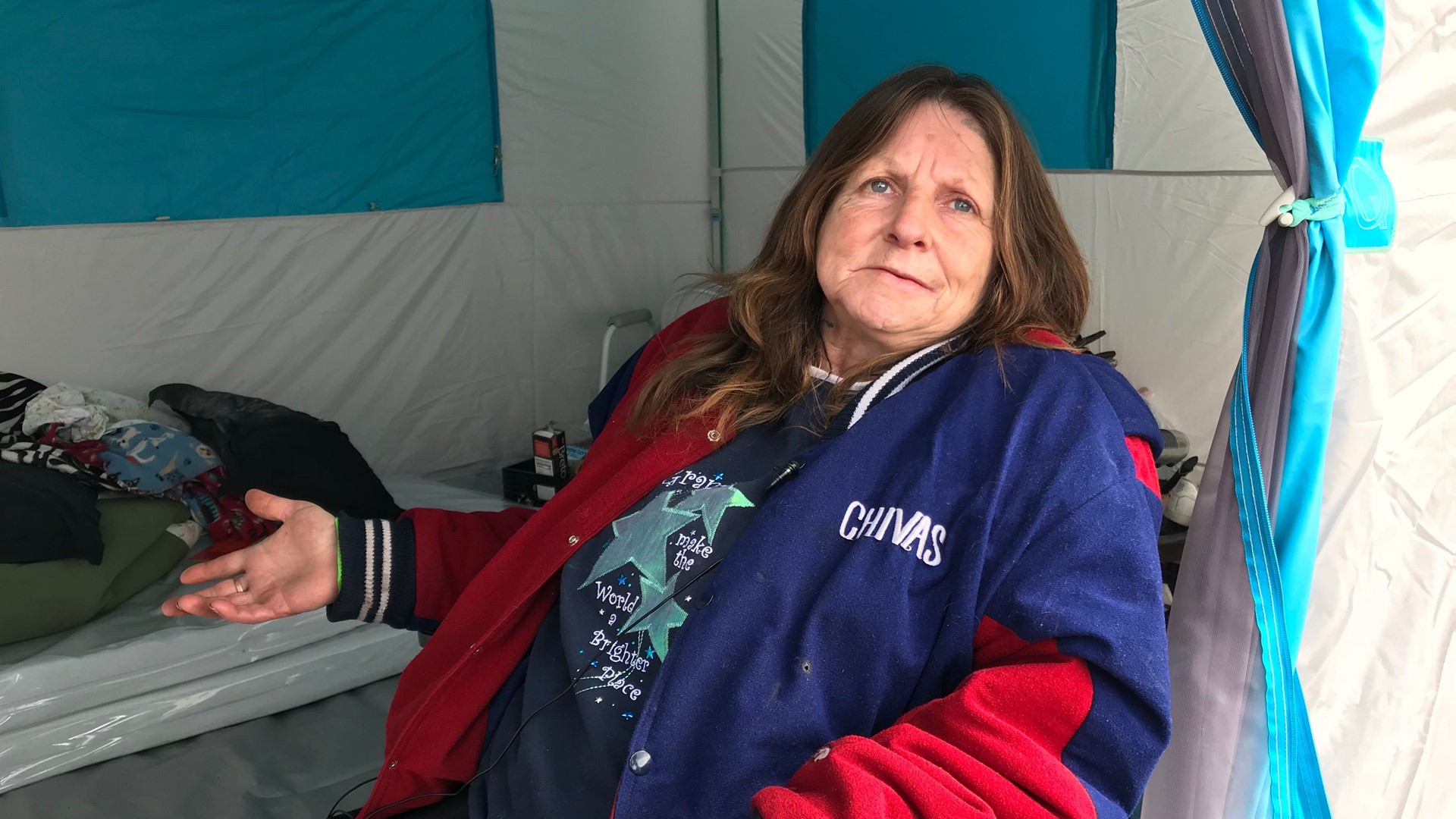 MODESTO, Calif. — Dozens of homeless people in Modesto were moved over to a new homeless park, set up by the city underneath the 9th Street Bridge.

As ABC10 reported on Tuesday, they're moving into a set of uniformed tents supplied by the city from Beard Brook Park. It's just one solution being tried as cities across Northern California work to figure out how to deal with the homeless crisis.

"Today is our move-in day for our tents," Angela Delprado, a homeless woman said. For Delprado, this is the closest thing she's had to a home of her own in two years.

"It's like my own room," she said. "I haven't had my own room, my own house or anything, for several years."

As Delprado moved the few things she had into her new tent under the 9th Street Bridge, she said she's hopeful this could be the change she's been looking for.

And she wasn't alone.

"At first, I was really nervous about coming, but nah, it's all right," Sally Monaco, a homeless woman also moving in said.

Monaco was the first to move in Wednesday morning. She's also been living on the streets in her wheelchair for more than two years. 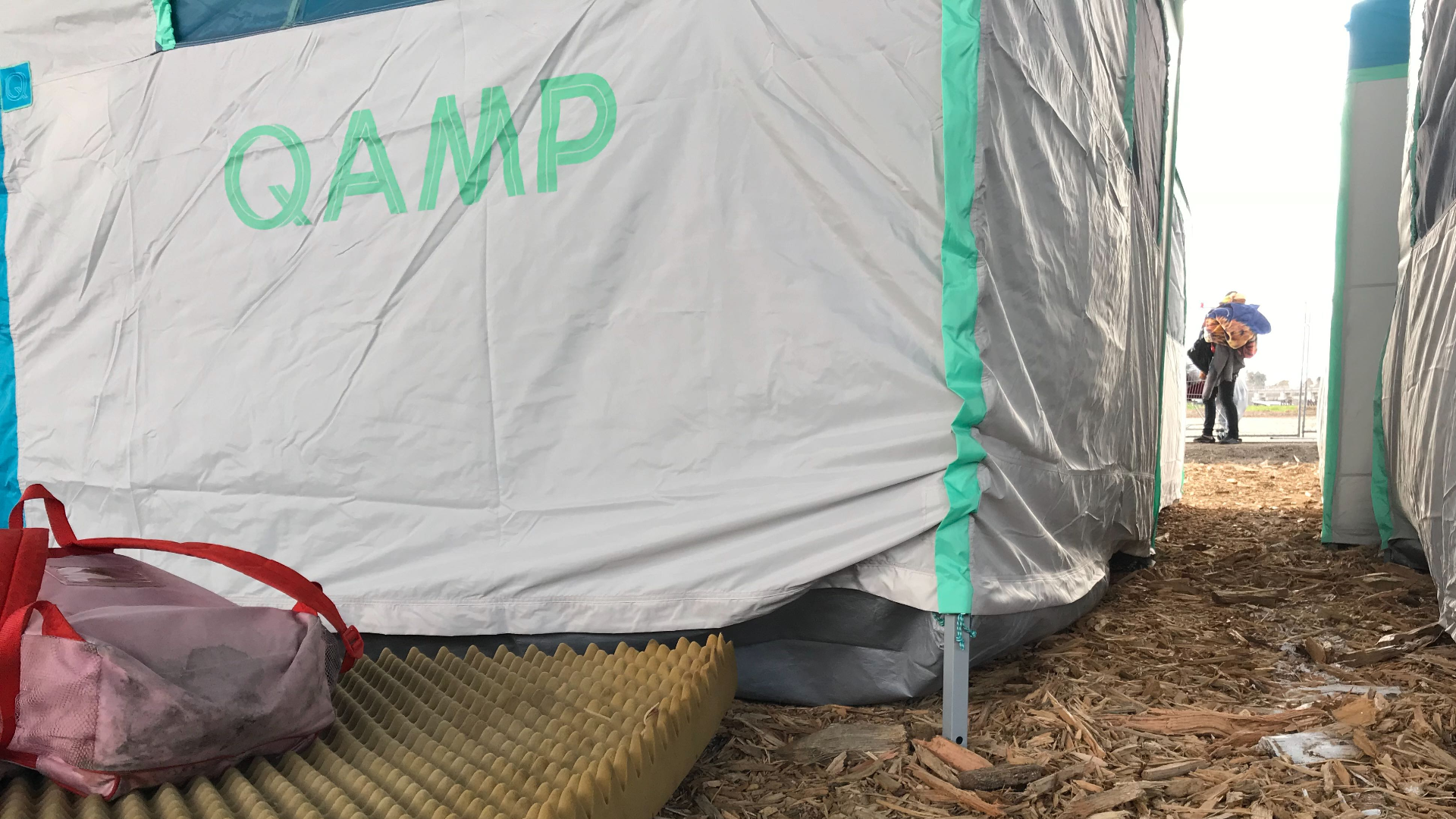 1 / 10
ABC10
The first group of homeless people have moved into the uniformed tent city underneath the 9th Street Bridge in Modesto from Beard Brook Park.

Most people moving here are coming from Beard Brook Park across the street, where they had to supply their own tents.

"Same here as there, but I've got a bigger tent now," said Richard Curran, who is just 18 years old. "I can stand in this one! [In ] my other one my feet stuck out. I didn't want to complain about it, but it was a little cold sometimes."

The main difference is that everyone gets a 10-by-10 foot matching tent, round-the-clock security will be on hand at all times, and it's on a flat surface, unlike the slope at Beard Brook Park.

"The project's working great," Curran said. "Honestly, I just want people to know that this isn't a FEMA camp. People keep worrying that's what it is...all they're doing is giving us a slightly bigger spot."

It's Modesto's second phase of working to break their cycle of homelessness.

"While it is temporary, it is still the only place we have," he said.

Sacramento is walking a fine line between public safety and criminalizing homelessness, while also seeking a balance between quick fixes and long term solutions. 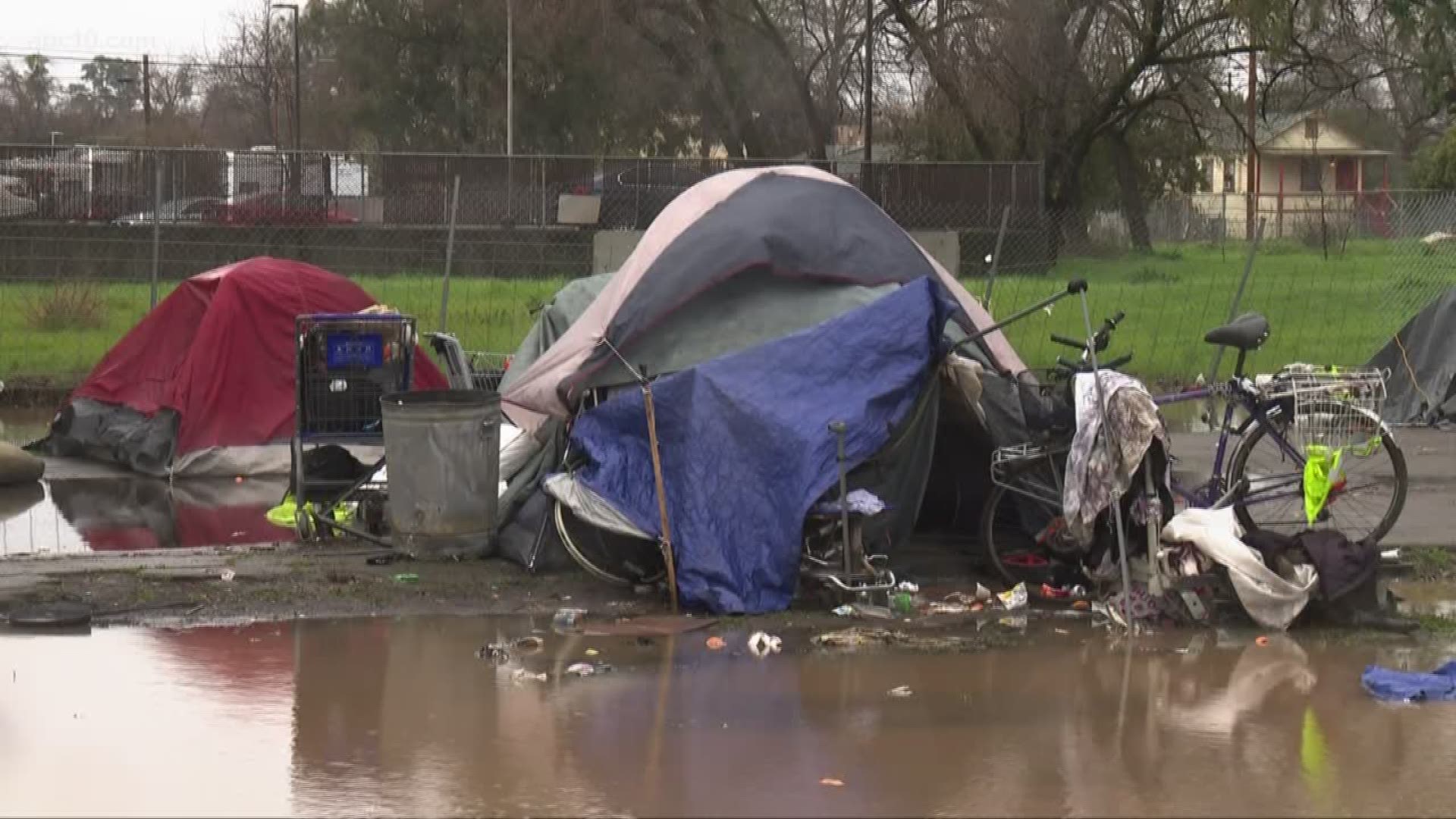