"It became a mission of mine to honor those officers, and honor those families. So, I found five officers and their families that I wanted to run for during the Boston Marathon." 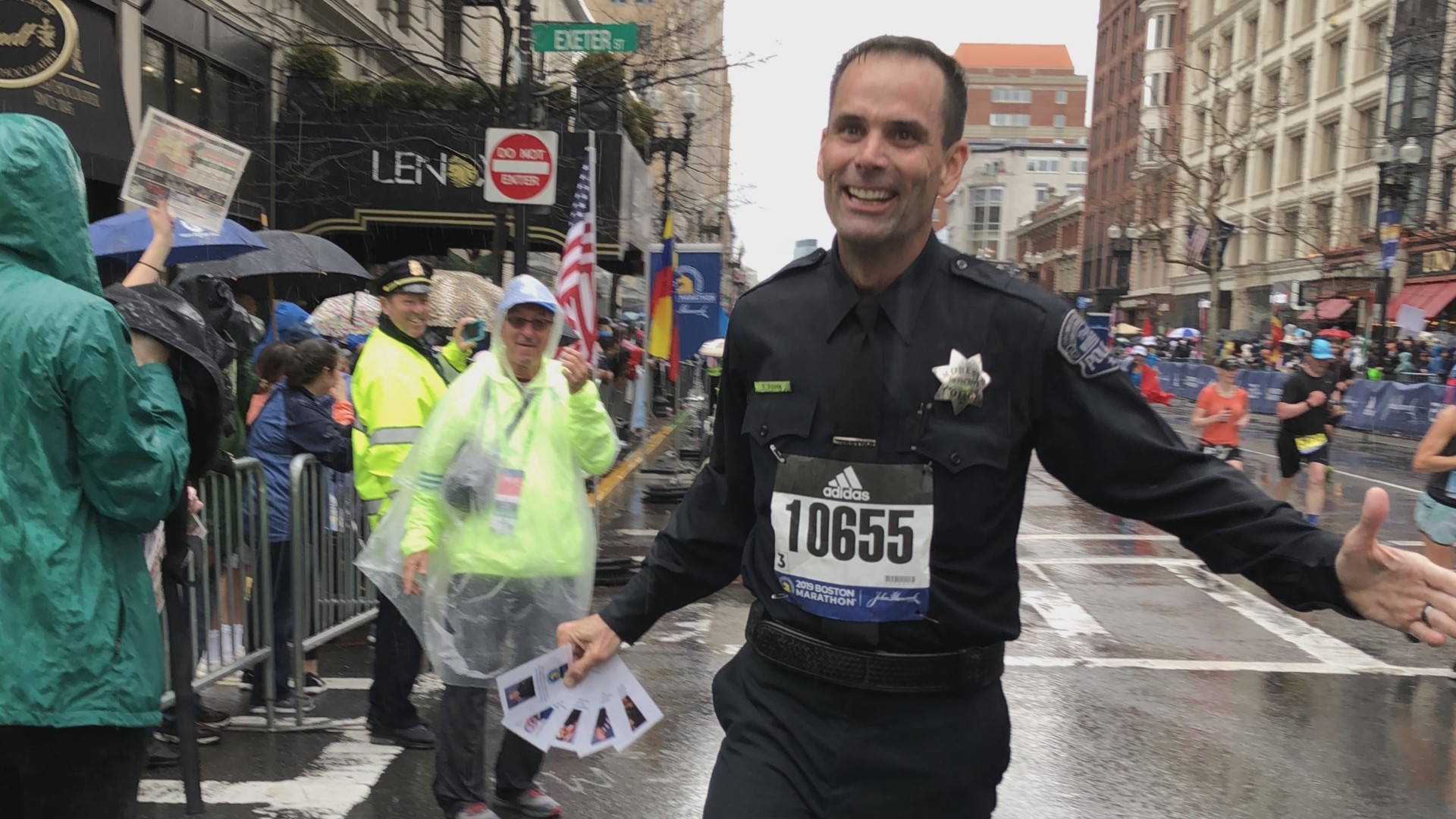 "It became personal," Dodge said. "It became a mission of mine to honor those officers, and honor those families. So, I found five officers and their families that I wanted to run for during the Boston Marathon."

One of the fallen officers is Stanislaus County Sheriff's Deputy Dennis Wallace, who was shot and killed on November 13, 2016.

"Dennis was a D.A.R.E. instructor, and I sat on a D.A.R.E. board with Dennis for many years and he's a true friend," Dodge said. "When he passed away, my friend told me, I was actually out of town and it was hard for me to process it. I didn't break down and cry. I didn't know what to think. It's hard to lose somebody like that."

Dodge ran in memory of Wallace and other fallen officers in the Boston Marathon.

"I got the crazy idea of doing Boston, and that's the mother of all marathons," Dodge said. "It really is. That's the first marathon in the nation and what a statement to make."

He was wearing an extra 20 pounds because of his gear. The rain also added onto the weight.

"With that vest that doesn't breathe it just soaks in the water," Dodge said. "The boots they're not built for comfort."

He said there was no break when running in the Boston Marathon. For the first 13 miles, he constantly gave people high fives and the crowd was so supportive.

When he was at the last mile, he pulled out five cards, each one with a photo of a fallen officer.

"My goal was those officers," Dodge said. "I had taken them out of my packet. I had it for the full marathon. The last mile I pulled those cards out and I held them up and I ran that last mile with my arm up in the air with those cards showing."

Dodge said running the marathon is something he wouldn't have ever expected. He has no plans to run the Boston Marathon again but is getting ready for another marathon in Chicago.