Modesto puts homeless back to work cleaning up the city

The City of Modesto launched their new 'Downtown Streets Team' last week, made up of homeless people looking to get back on their feet. 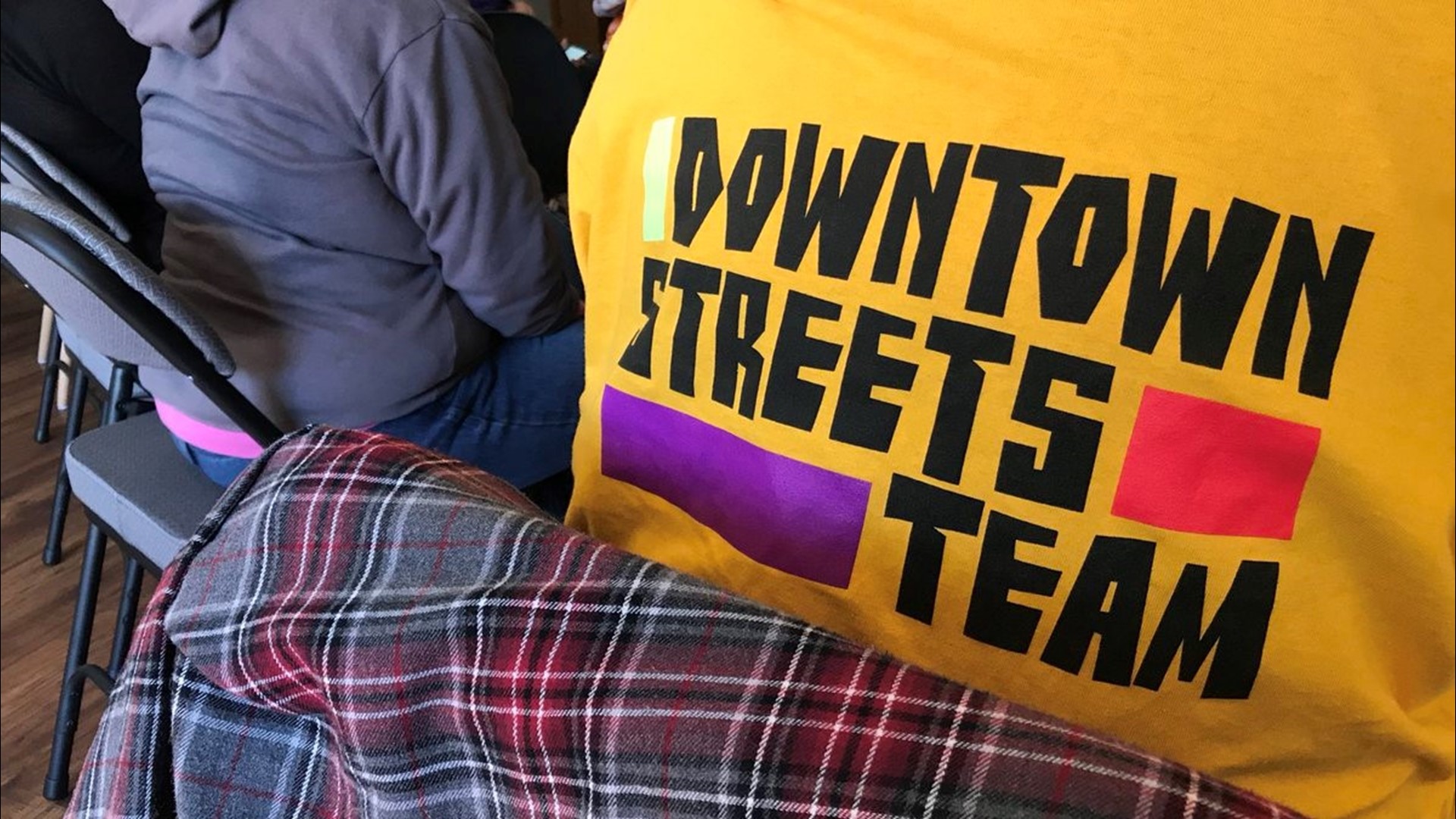 MODESTO, Calif. — As city leaders in Modesto continue to meet daily to discuss ways to improve the homeless crisis, the city launched their new "Downtown Streets Team" to get homeless people back to work and make a visible difference in the city at the same time.

This comes as the city is moving dozens of homeless men, women and children into a new homeless camp with uniformed tents underneath the 9th Street Bridge.

Steve Camillo has been out of work, living on the streets of Modesto for six years now.

"We all got the same color tents. It don't look like yellow, green, blue over here," he said.

He was one of dozens that just moved into the city's new homeless camp underneath the 9th Street Bridge. But while he's not there, you'll find him wearing his bright yellow shirt working to clean up after others.

He joined the city's new Downtown Streets Team in hopes that it will get him back on his feet.

"Homeless men and women can come and volunteer to beautify their community, and in exchange for that they get connected to our employment resources, our case management, housing navigation. They also get a stipend for their basic needs to kind of help them meet their day-to-day," Greg Pensinger, the Project Manager for Modesto's Downtown Streets Team said.

Every person on the team will be paid a "cashless stipend" which means they'll get gift cards tailored to their everyday basic needs.

"All of the soft skills that are sometimes lost when someone is on the streets, they rebuild that through our program so that they're ready to take on employment if and when that's their goal," Pensinger said.

Pensinger heads up the program, where he says it's already been working across the state. He's launched the same team in San Jose, Santa Cruz and helped manage Sunnyvale and Palo Alto.

The City of Modesto says they're excited to see how this could break their cycle of homelessness.

"The Downtown Streets Team is one opportunity for us to try to connect those who are homeless to gainful employment. And because of that it breaks that cycle. And we've seen it successful in many areas of the state and we're excited to see it as successful here," Thomas Reeves, a spokesman for the City of Modesto said.

Putting people back to work in a regular routine and at the same time, cleaning up areas around Beard Brook Park, under the 9th Street Bridge and the downtown streets of Modesto to start.

"It's really just light-duty stuff, more of a meaningful daily activity, something structured for people to do on a daily basis where they feel that they are part of something bigger than themselves," Pensinger said.

The team has room for up to 25 homeless people in Modesto and is still recruiting to fill empty positions.