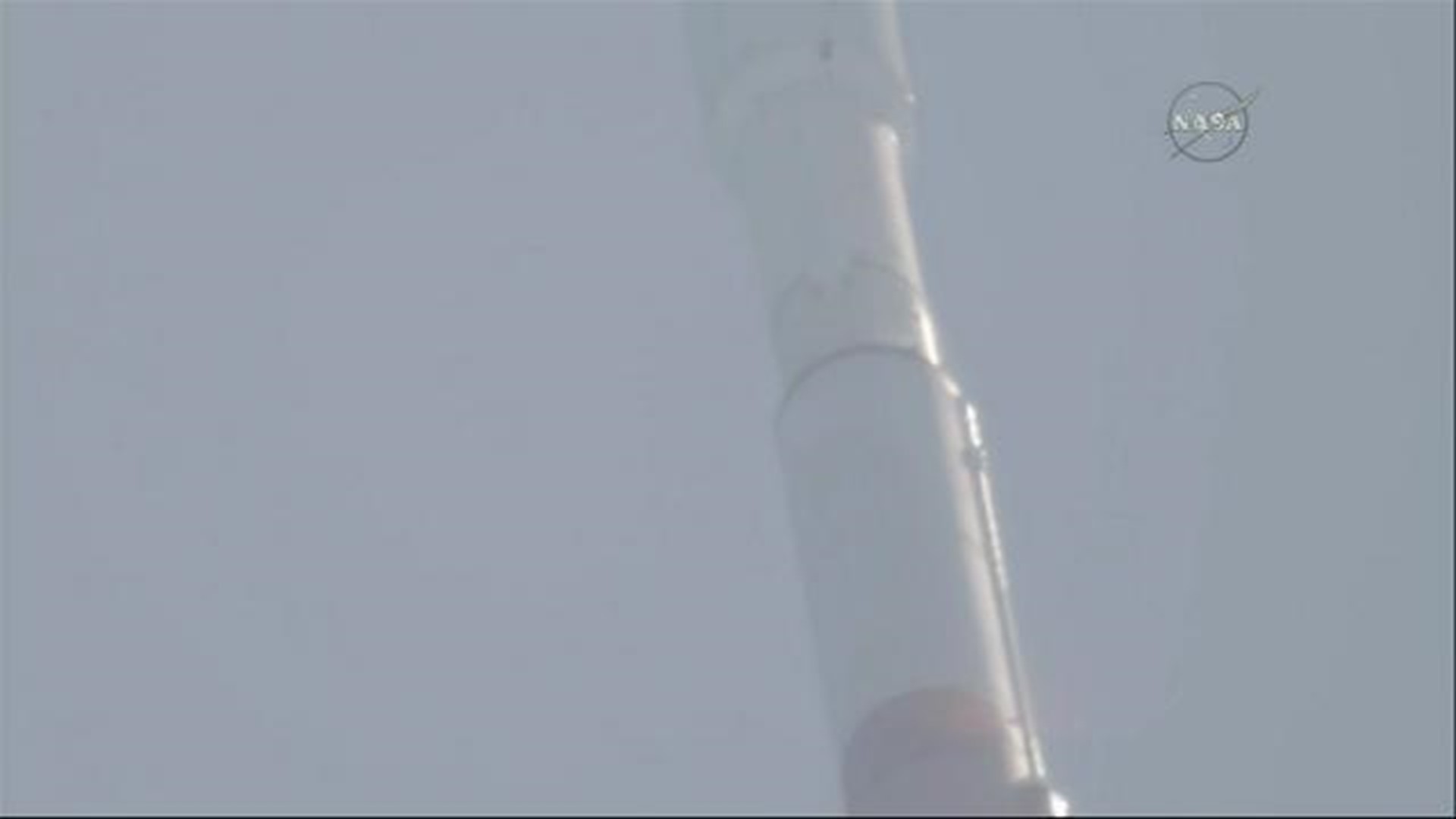 In other words, not unlike the broad goals pushed by his predecessor, Charles F. Bolden Jr.

“I think he’s picked a pretty good selection of priorities to pursue that will establish cohesion, bring aboard folks to support it, all the kinds of cautionary things that are appropriate in pursuing this,” said O’Keefe, a professor of public administration at Syracuse University.

Bridenstine, a 42-year-old Republican congressman from Oklahoma, has followed the usual protocol for presidential nominees by declining to speak publicly since his nomination on Sept. 1. But the questionnaire he filled out for the Senate committee that will vet him includes some of the priorities he wants to pursue — notably sending humans back to the moon — and the challenges he believes face the space program.

Credit: AP
This undated image made available by NASA shows an artist's rendering of the Space Launch System. Still in development, the super-sized rocket is meant to eventually send astronauts to Mars.

In the document provided by the Commerce, Science and Transportation Committee, he emphasizes the need to build bridges between old space companies and new space entrepreneurs, between the U.S. and its international partners, and between the various space interests and political lobbies jockeying for NASA’s resources.

“This is essential to avoid resource-wasting program cancellations and maintain high morale both within the agency and its contractor workforce,” he wrote.

That’s a reference to the Constellation Program — championed by Bush and killed by President Obama — that was designed to return astronauts to the moon. Obama’s decision to scrap the program after independent experts said a lunar lander would be exorbitant rankled a number of congressional Republicans.

Bridenstine’s nomination comes amid roiling political waters for the space program: questions about whether a return to the moon would sap resources for a Mars mission, whether NASA should scale back its Earth science portfolio in favor of more planetary exploration, and whether tensions can be smoothed between old space stalwarts of the industry and new space entrepreneurs.

Adding to potential turbulence is that the former navy flier would be the first elected politician to hold a job that’s been the purview of scientists, engineers and astronauts.

Bridenstine, who sits on the House Science, Space and Technology Committee, has no formal science background. His last job before being elected to represent Oklahoma’s 1st District in 2012 was as executive director of the Tulsa Air and Space Museum & Planetarium.

“The head of NASA ought to be a space professional, not a politician,” Nelson said shortly after Trump announced the nomination.

Democrats like Nelson also are likely to bring up Bridenstine’s dismissal of climate change and its link to human activity during a floor speech in 2013.

In his questionnaire, the Oklahoma congressman did not address his controversial statement. But he did say NASA had an important role in studying the Earth.

“Unfortunately, Earth science gets pitted against planetary science for resources,” he wrote. “This is not in the best interest of NASA, the United States or the world. Mars once had a magnetic field, rivers, lakes and an ocean on its north pole. At some point, March changed dramatically and we should strive to understand why. Studying other planets can inform our understanding of Earth. NASA must continue to advance both Earth science and planetary science for the benefit of mankind.”

No date for a confirmation hearing has been set. Bridenstine’s spokeswoman said he won’t be providing any interviews or comments to the press during the confirmation process.

But he received a key endorsement earlier this week when Alabama GOP Sen. Richard Shelby tweeted his thumbs up on the nominee and sad he looked forward "to supporting him throughout this process.”

Met w/ @POTUS nom for @NASA Administrator, Jim Bridenstine. We had a good meeting. I look forward to supporting him throughout this process.

Shelby’s backing means “Old Space” interests including large aerospace companies such as Boeing and Lockheed Martin are not likely to stand in the way of the nomination of someone who has championed the efforts of new space entrepreneurs such as Elon Musk’s SpaceX and Jeff Bezos’ Blue Origin.

John Logsdon, former director of the Space Policy Institute at George Washington University, said Bridenstine’s background could work in his favor if he’s perceived as someone who’s not easily pigeonholed.

“He’s different from past administrators because he doesn’t come from a background of managerial experience or deep immersion in the aerospace industry,” he said. That could be beneficial because “he’s not committed to a particular way of doing things.”

At a time when political acumen might be more important than technical expertise, O’Keefe said Bridenstine’s congressional experience would serve him well.

“He arguably may have a leg up over most folks who’ve been there because of his capacity to work with people, build consensus, and understand how to avoid hitting your head against a wall because you simply don't know how decisions are made,” he said. “If anything, his background isn’t a liability. It’s an attribute.”

More: Private companies leading push for moon return as early as next year