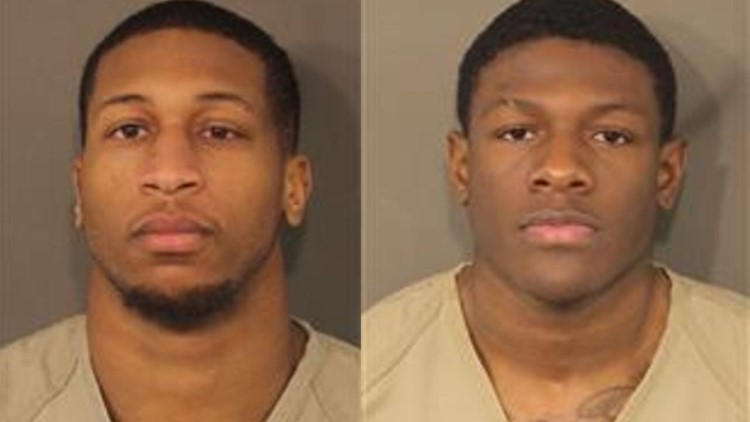 Two Ohio State students and football players are charged with rape and kidnapping, according to Franklin County municipal court records.

According to a criminal complaint filed in Franklin County Municipal Court, the victim initially began having consensual sex with Riep but decided she did not want to continue. The victim told police that Jahsen Wint entered the room and Riep asked the victim if Wint could join. At that point, the victim stated to police that Riep grabbed her by the neck, forcing her to have sex. She also said that Riep pinned her in place while Wint forced oral sex on her.

According to court documents, after both parties ended they forced the victim to give her her name and say the sex was consensual on a video recording. She also told police that the suspects forced her to take a shower before Riep drove her back to her residence.

Jahsen Wint is a red shirt safety for the Ohio State University football team. Amir Riep is a junior cornerback.

"We are aware that two of our students have been arrested and criminally charged," OSU spokesperson Ben Johnson tells WBNS "They have been suspended from all activities involving the football program. We will share more information when available."