14 fun facts about the CMA Awards

Carrie Underwood is back hosting the awards show honoring country music for the 12th consecutive time. 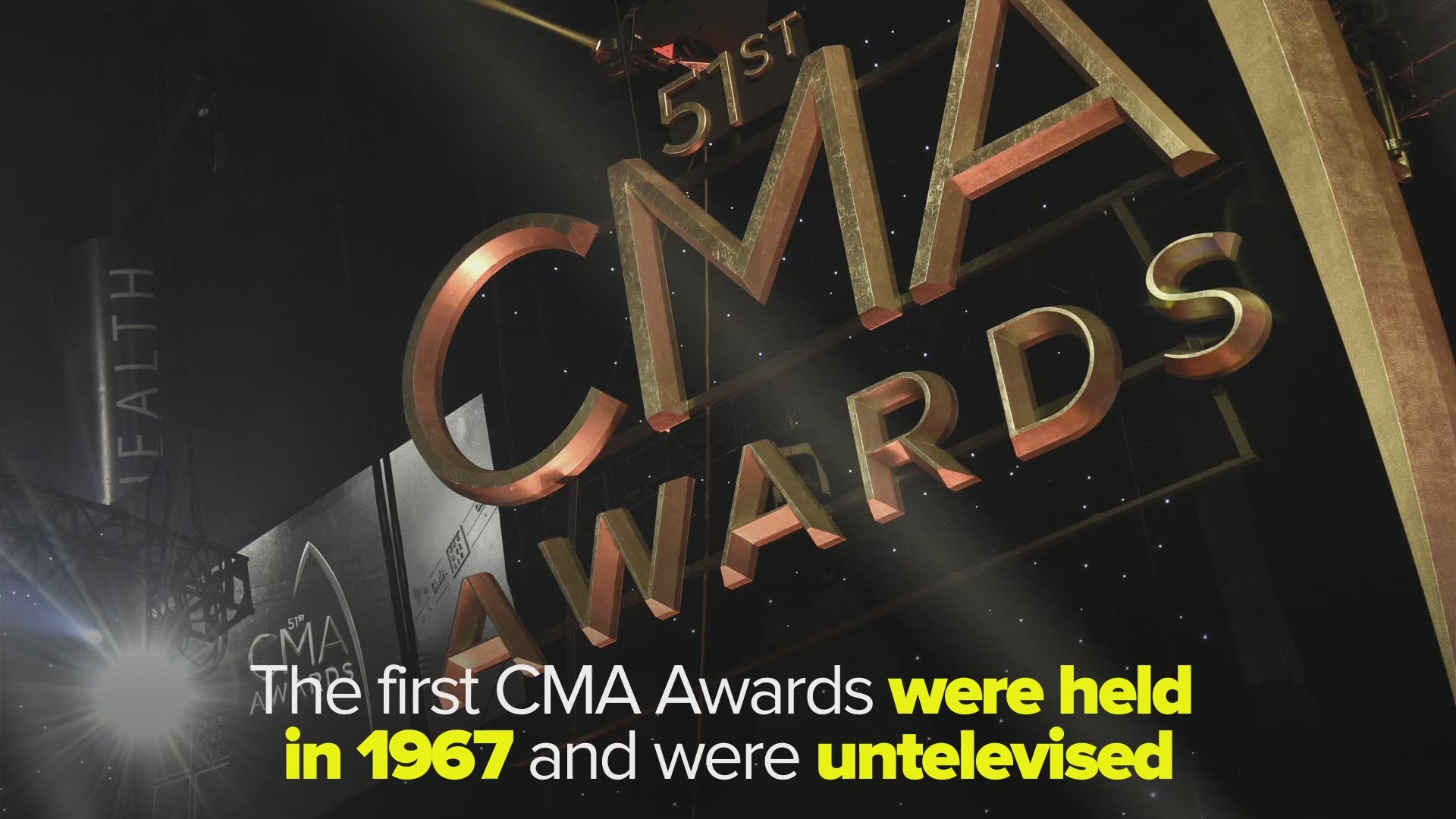 Country music’s biggest stars are getting ready to descend on Nashville, Tennessee, this week for the 53rd annual Country Music Association Awards.

Between the three of them, they have a combined 124 CMA Awards nominations and 22 total wins.

"I feel like the three of us love what we do so much, and we love country music, and it means something, I feel like, to have us up there on that stage kind of driving the bus for the evening and setting the tone," Underwood said in an interview with Taste of Country.

To celebrate the CMA Awards, here are 14 fun facts about the event:

1. Country music singer-songwriter Ronnie Dunn is the artist with the most CMA Awards at 19 total wins. Some of his biggest wins include for song of the year in 2006 for his role as songwriter for the Brooks & Dunn track “Believe.”

2. Garth Brooks has won the coveted Entertainer of the Year award six times, more than any other performer.

6. Vince Gill has won Song of the Year four times, more than any other artist. “When I Call Your Name” and “Look at Us” are two of the songs he won the award for.

7. The Statler Brothers won Vocal Group of the Year a record nine times between 1972 and 1984.

8. For the second time in four years, Maren Morris leads the 2019 CMA Awards with six nominations. Her nominations include Album of the Year, for “Girl,” and Female Vocalist of the Year.

9. The current CMA Awards trophy is supposed to be designed like a chart bullet and is made from crystal imported from Florence, Italy. Originally made from walnut, a shortage of the wood supply in 1983 led to the crystal design. The music notes that surround the bronze medallion on the 15-inch, 6-pound trophy are the chorus to “Will the Circle Be Unbroken,” a popular christian hymn written in 1907.

11. This year, Carrie Underwood ties Vince Gill for the number of consecutive CMA Awards ceremonies hosted. Both have hosted the show 12 times.

12. The CMA’s have been held in Nashville for every year except 2005, when it was held at Madison Square Garden in New York City.

13. More than 7,000 individuals apart of the Country Music Association trade group get to decide on the nominees and winner through three rounds of voting.

14. Brad Paisley will not host this year’s show with Carrie Underwood for the first time since 2008. This year Underwood will host with special guest hosts Reba McEntire and Dolly Parton.

RELATED: Taylor Swift to receive artist of the decade award at AMAs