Before the president’s speech, six women Trump referred to as 'Angel Moms' exited the White House holding photos of their deceased children. 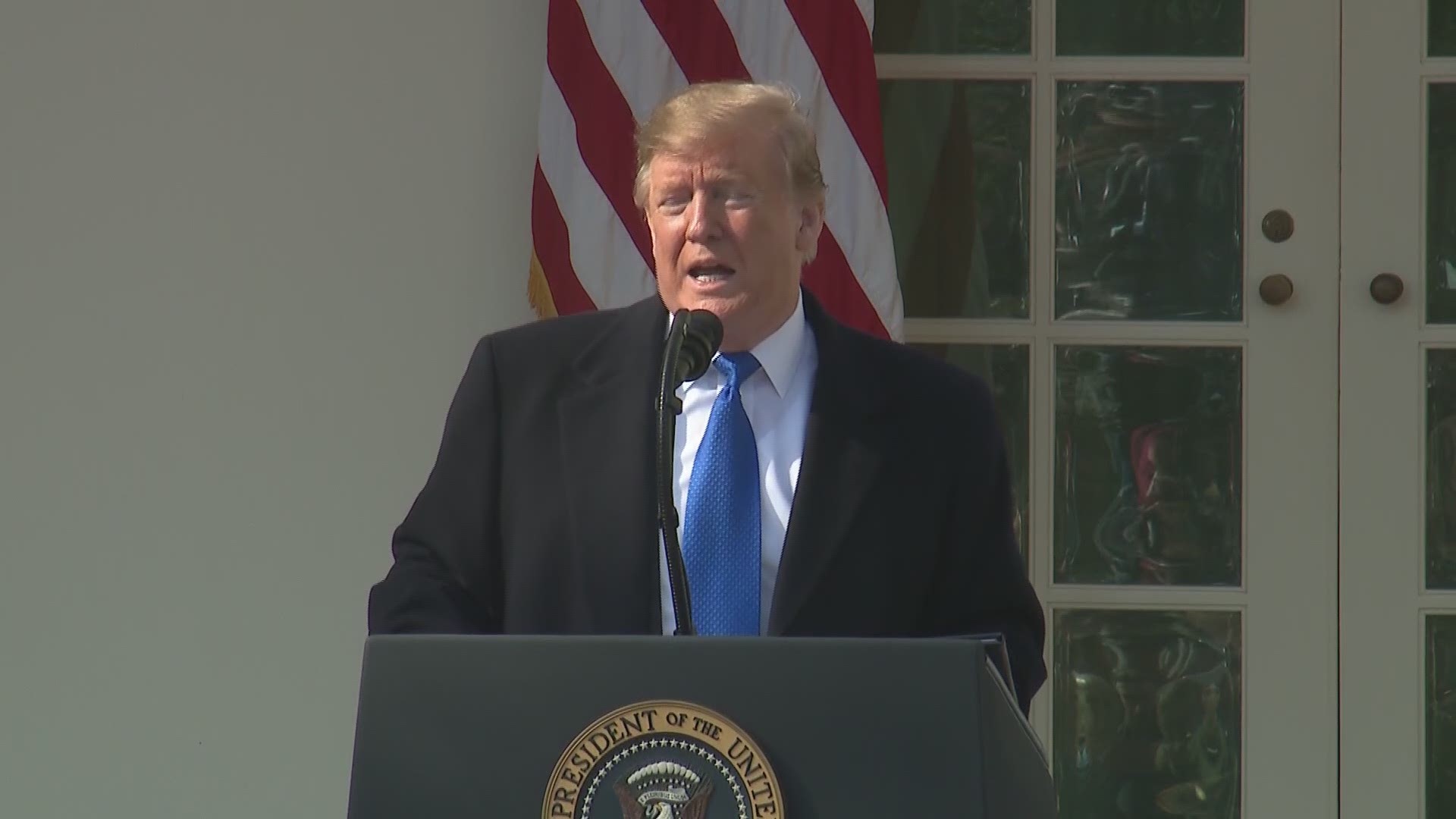 President Donald Trump declared a national emergency Friday morning from the White House Rose Garden to secure funding for a wall along the nation’s southern border.

He used the declaration to bypass Congress. The legislative body passed a budget that approved significantly less money for his proposed wall than he had requested – only about $1.4 billion, instead of the proposed $5.7  billion he insisted was needed.

Before the president’s speech outside the White House, six women exited the building holding photos of their children.

"Angel families" have made appearances before with the president. They are families who say their children died from causes related to illegal immigration.

“We have some of the greatest people I know, they’ve been with me from almost the beginning of my campaign, the Angel Moms,” he said. “Unfortunately, we have new Angel Moms. One incredible woman just showed me her daughter, killed in the year 18.”

Pool reports identified that mother as Susan Stevens. Her daughter Toria Stevens died Jan. 22, 2018 at the age of 22 of a drug overdose. She told reporters she was at the White House Friday for the 72,000 moms whose children overdose.

“It’s too bad. It’s so sad,” Trump said, before asking her to stand and show her photo of Toria. “These are great people, they’re fighting for their children by people who were illegally in this country.”

The New York Times in 2018 noted the “angel families” have grown into a political force over the past few years, with help from Trump’s platform.

The families assist Trump by “helping him justify the most unpopular aspects of his administration’s immigration crackdown, and championing other candidates and causes devoted to limiting illegal immigration," NYT reported.

“Angel Moms” started to trend on Twitter during and immediately following the president’s remarks Friday morning.

Many conservatives tweeted their support, while others questioned why the parents of children killed in mass shootings by American citizens are not invited to join the “Angel Moms”