Biden to launch task force on bottlenecks in supply chains

Officials say their goal is to increase domestic manufacturing, limit shortages of vital goods and reduce a dependence on geopolitical competitors such as China. 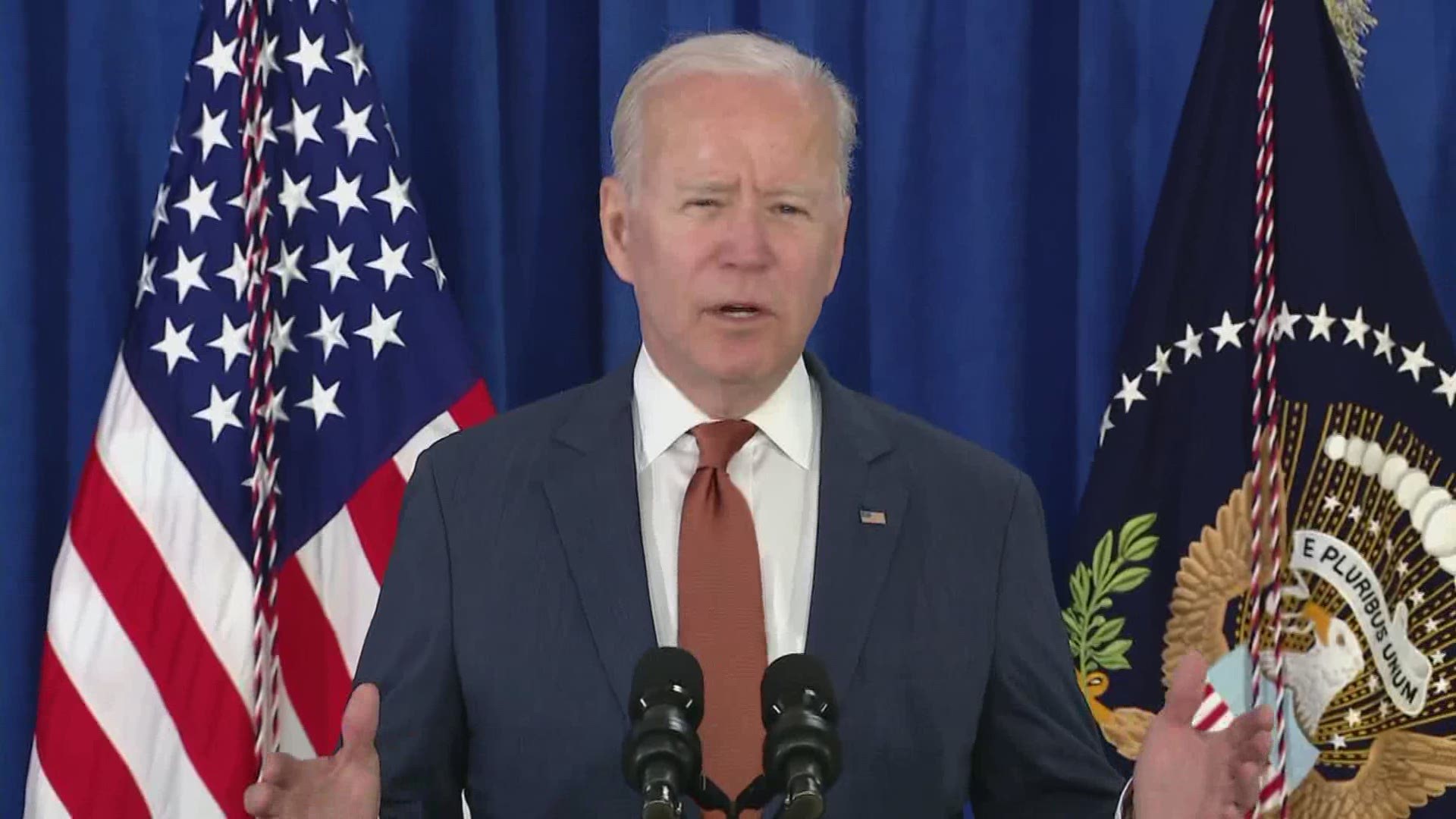 WASHINGTON — After completing a review of supply chains, the Biden administration announced Tuesday that it was forming a task force to address the bottlenecks in the semiconductor, construction, transportation and agriculture sectors.

Administration officials said the goal of the review, detailed in a 250-page report, was to increase domestic manufacturing, limit shortages of vital goods and reduce a dependence on geopolitical competitors such as China. The officials said the administration wanted to get ahead of crises such as the computer chip shortage that has hurt automakers this year.

“Our approach to supply chain resilience needs to look forward to emerging threats from cybersecurity to climate issues,” Sameera Fazili, a deputy director of the White House National Economic Council, said at Tuesday's news briefing. “And so we are future-proofing.”

A shortage of raw materials has made it harder for the U.S. economy to recover from the pandemic-induced recession. The supply bottleneck has helped fuel a bout of inflation that the administration believes will be temporary, though it has provided Republican lawmakers and some economists with grounds for criticizing Biden's $1.9 trillion coronavirus relief package.

The new task force will be led by the secretaries of Commerce, Agriculture and Transportation to focus on parts of the economy where there is a mismatch between supply and demand.

Fazili said that the shortages are “kind of good problems to be having” because they mean that demand from consumers and businesses is returning. She said the new task force will be bringing together stakeholders to figure out how to address the bottlenecks, adding that many of the resulting actions might be taken by private companies rather than the government.

“The success of our vaccination campaign surprised many people, and so they weren’t prepared for demand to rebound,” said Fazili, who expects the inflation issues to be temporary and resolved in the “next few months.”

Besides the task force, the administration will take several other steps to bolster supply chains, with an effort spread across the government.

The Department of Health and Human Services will use the Defense Production Act to create a public-private partnership for manufacturing essential pharmaceutical drugs. It will also commit $60 million to increase the production of pharmaceutical ingredients.

The Energy Department will release a blueprint to develop supplies for lithium batteries, in addition to providing roughly $17 billion in loans for advanced batteries that would help shift the country to electric vehicles.

The Interior Department will create a working group to determine where critical minerals can be produced and processed in the United States. The Commerce Department plans to increase cooperation and investments within the semiconductor industry, while the Labor Department will announce $100 million in grants for state-led apprenticeship programs.

The U.S. Trade Representative will lead a strike force to target foreign competitors with unfair practices that have eroded supply chains. The Agriculture Department will spend more than $4 billion to strengthen the supply chain for food.

This story has been corrected to show the Agriculture Department will spend $4 billion, not $4 trillion, to strengthen the supply chain for food.