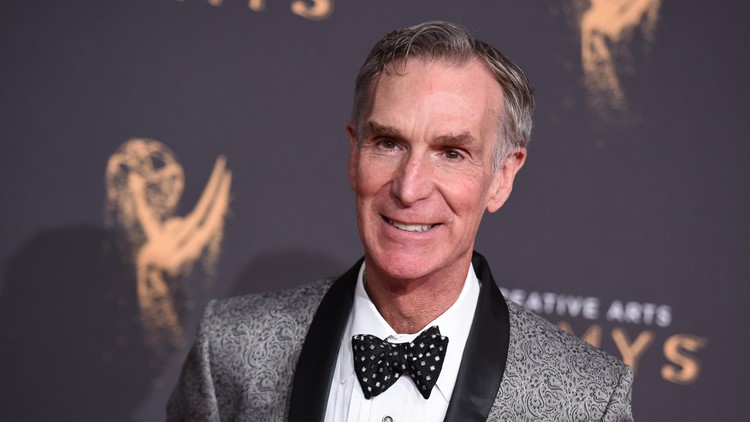 Photo by: Richard Shotwell/Invision/AP
Bill Nye arrives at night one of the Creative Arts Emmy Awards at the Microsoft Theater on Saturday, Sept. 9, 2017, in Los Angeles.

NEW YORK — Bill Nye, known as "the Science Guy," made an impact strutting his stuff during the New York Fashion Week.

On Feb. 5, the 64-year-old television personality was spotted participating in the Blue Jacket Fashion Show wearing a blue floral print blazer and black pants made by Nick Graham.

The event brings fashion, entertainment, sports and media worlds together to raise awareness and funding for prostate cancer research. Nye said in a promotional video for the fashion show that his dad had prostate cancer.

"One in five men get prostate cancer. So, if nothing else my fellow citizens of the earth, wouldn't it be good to keep those 20 percent of those people productive in life. Wouldn't that be a fantastic thing?" Bill Nye said. "If I can support this cause, it's cool."

When Nye was making his final walk, he broke out a few dance moves that wowed the crowd, and social media.

RELATED: How Eminem pulled off his surprise performance at the Oscars

"He's not Bill Nye the Science Guy anymore, he's Bill Nye the Flyest Guy," @idknicolette tweeted along with a video of his finale bop.