This school bus driver saved a student from a near disaster. 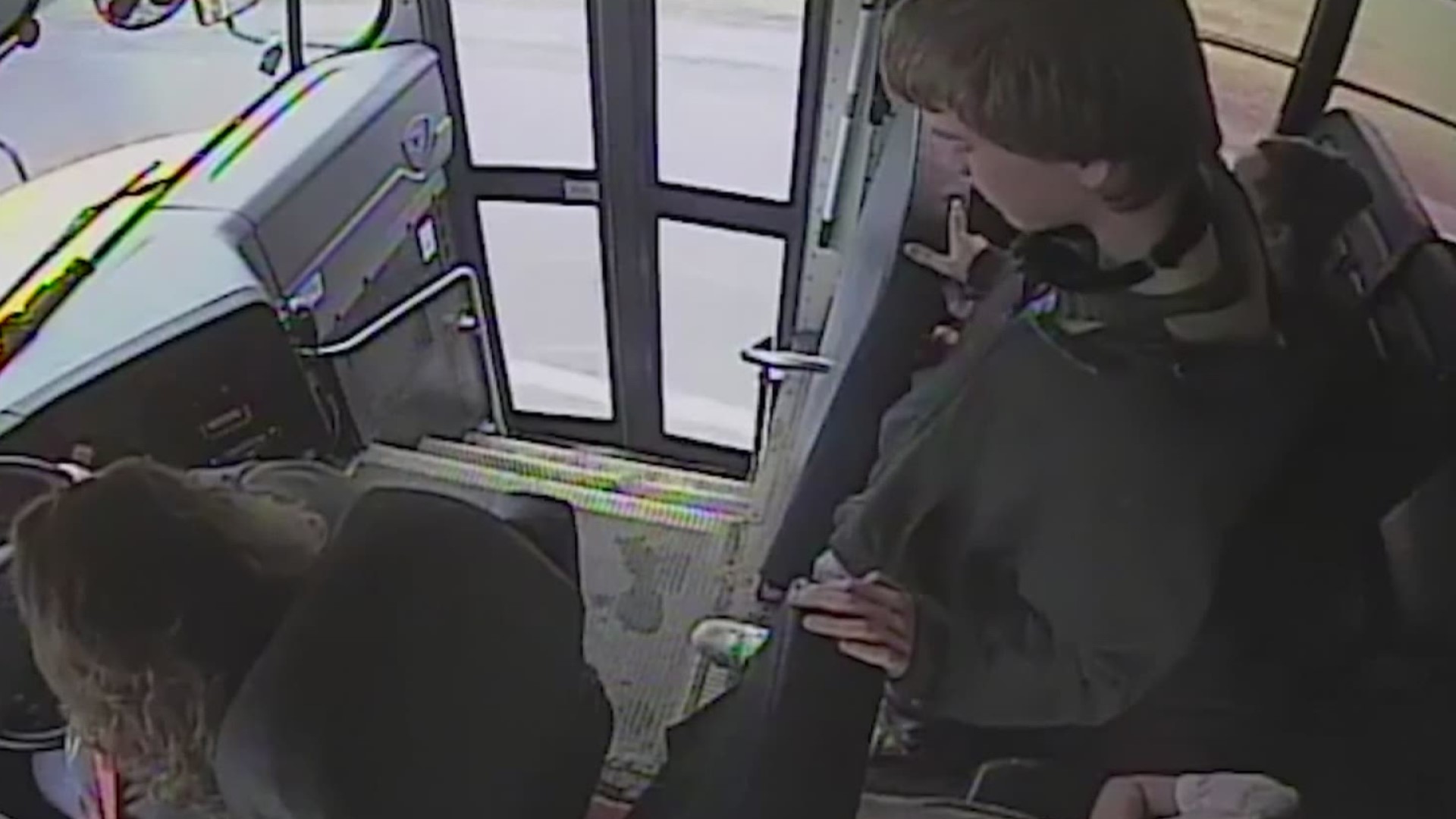 NORWICH, N.Y. — A fast-acting school bus driver is being lauded for grabbing a student by the back of his jacket as he was about to step out into the path of a car.

An inside-the-bus surveillance video posted on the Norwich City School District's Facebook page shows driver Samantha Call suddenly grabbing a student descending the stairs as a car speeds past on the shoulder.

Another student says "that was a good grab" after Call lays on the horn.

The upstate New York district said the video was taken April 26 on a state route about 40 miles north of the Pennsylvania state line.

RELATED: Pass a stopped school bus? Lose your license in one Canadian province

The district says that the bus' red lights were flashing and that Call did an "outstanding" job.