Many of the fast-food chain's locations across the country are only giving out one dipping sauce cup per entrée order right now. 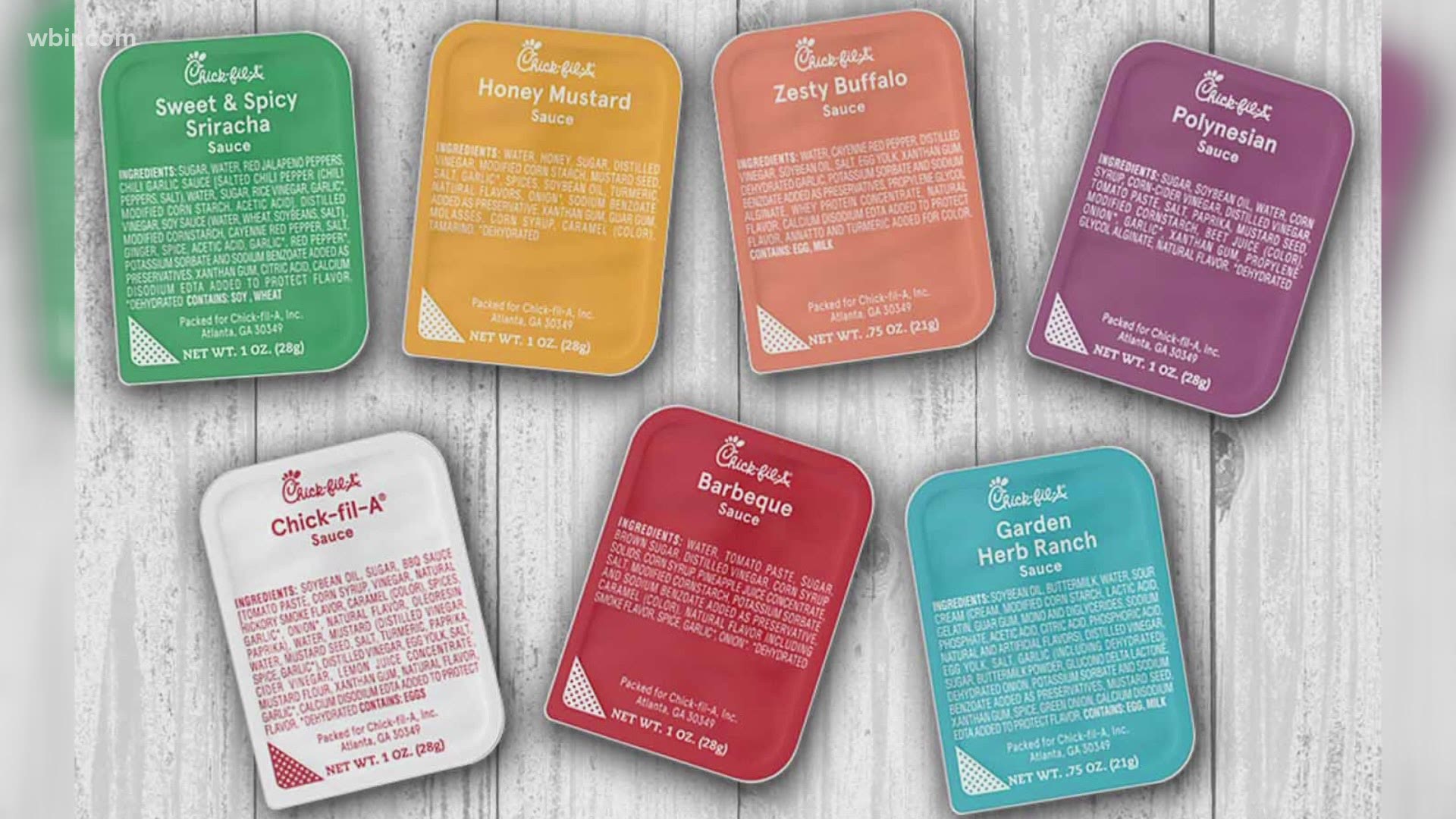 WASHINGTON — Chick-fil-A is limiting the number of free sauces a customer can receive due to a supply chain shortage.

On the company's website last week, a post alerted customers that there was an "industrywide supply chain shortage," and that some items, like sauces, may be unavailable.

As a result, many of the fast-food chain's locations across the country are only giving out one dipping sauce cup per entrée order.

"Due to industry-wide supply chain disruptions, some Chick-fil-A restaurants are experiencing a shortage of select items, like sauces," a Chick-fil-A spokesperson said via email. "We are actively working to make adjustments to solve this issue quickly and apologize to our Guests for any inconvenience."

The Atlanta-based company reassured customers that the shortage does not impact their chicken supply, despite a recent chicken wing shortage. Chick-fil-A added that it is working hard to solve the issue and for its more than 2,500 restaurants in 47 states, Washington D.C. and Canada.

RELATED: VERIFY: We're running out of wood. Here's why there is a lumber shortage

In April, some restaurants in the U.S. reported a shortage of ketchup after Heinz, one of the largest ketchup suppliers in the country, said it was facing a demand increase on its supplies during the coronavirus pandemic.

Last year around this time, many fast-food restaurants were closed globally due to the spike in COVID-19 infections, impacting sales. But recently, these establishments have been seeing a rebound as the world emerges from the pandemic.