More than 400,000 fewer child-welfare concerns were reported during the pandemic compared with the same time period of 2019. 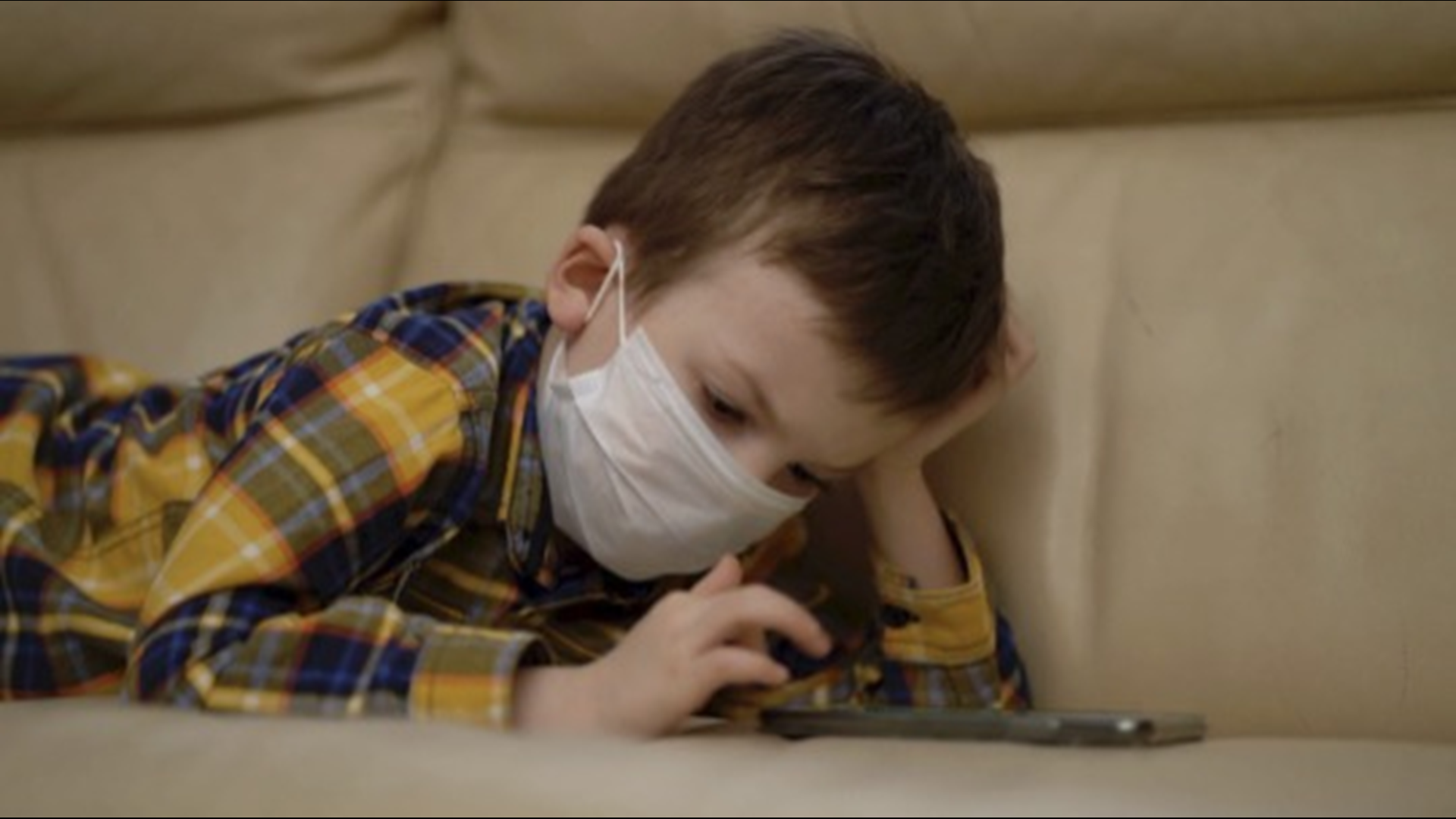 LANSFORD, Pennsylvania — Ava Lerario lived in a home marked by love and chaos, even before the walls of the pandemic started closing in on her family.

Sandwiched between two brothers, the 9-year-old was her father’s princess. She loved to snuggle up with her mom to read. She sometimes lugged her favorite stuffed animals to the bus stop, where she never hesitated to share toys or books, or befriend a lonely kid.

But neighbors noticed she and her brothers didn’t play outside. Protective services visited the home over reports of potential abuse of Ava’s brother. Her father, Marc Lerario, had a temper. Her mother, Ashley Belson, struggled with drug addiction and considered leaving him. But she didn’t dare take Ava. If she left with his favorite, Ashley feared he’d kill her.

In the end, Ashley wasn’t the only one who died.

An Associated Press analysis of state data reveals that the coronavirus pandemic has ripped away several systemic safety nets for millions of Americans — many of them children like Ava. It found that child abuse reports, investigations, substantiated allegations and interventions have dropped at a staggering rate, increasing risks for the most vulnerable of families in the U.S.

AP’s analysis found more than 400,000 fewer child welfare concerns reported during the pandemic and 200,000 fewer child abuse and neglect investigations and assessments compared with the same time period of 2019. That's a national total decrease of 18% in both categories.

RELATED: Learning setbacks from being out of school a top concern of parents, poll finds

AP requested records from all 50 state child welfare agencies and analyzed more than a dozen indicators in 36 states, though not all supplied data for total reports or investigations. The analysis compared the first nine months of the pandemic — March to November 2020 — with the same time period from the two previous years.

There are signs in a number of states that suggest officials are dealing with more urgent and complex cases during the pandemic, though most agencies didn't provide thorough severity data.

Declining reports means greater potential for harm because “there has not all of the sudden been a cure for child abuse,” said Amy Harfeld, of the Children’s Advocacy Institute.

“Children who are experiencing abuse or neglect at home are only coming to the attention of CPS much further down the road,” Harfeld said.

With children out of the public eye, the system of relying on teachers, police and doctors to report abuse to Child Protective Services — known by various names across states — has been failing. During the pandemic, it became too late for many: the diabetic 15-year-old Wisconsin girl who died of medical complications despite 16 CPS reports in her lifetime, the 8-year-old Nevada boy who mistakenly drank a chemical substance in a soda bottle.

School personnel are top reporters of abuse; they’re key eyes and ears for welfare agencies. Adults in schools are trained to identify signs and legally mandated to report issues.

School wasn't a priority. The youngest, Marc Lerario Jr., is severely autistic, which made learning difficult. Ashley lost her waitressing job. The family applied for food stamps and used savings.

Before the pandemic, Marc Lerario seemed to turn a corner, despite his record of assault charges. He quit smoking and drinking, and watched movies or played video games with the family, said older brother Brian Belson, 17. But in April 2020, Marc’s grandmother died of COVID-19. He couldn't say goodbye and became depressed.

Ashley’s drug use escalated while Marc, unmedicated for bipolar disorder, slipped into paranoia. School officials say it doesn’t appear Ava ever logged on for virtual school.

On May 26, her body was found nestled in her bedding. Police say her father put a bullet in her head while she slept. Officials say he also fatally shot Ashley, his partner of more than a decade, and himself. Ava's brothers were home and found the bodies.

Despite Lerario’s record, the prior welfare report, and remote-learning absences, no red flags were raised to officials.

“We had everything in place that we should have had in place,” Palazzo said. "When we close the school doors, it changes everything.”

In October 2019, the family was reported in two CPS calls involving injuries to Marc Jr. A social worker interviewed Junior. Abuse was denied in home visits. It’s not clear whether the allegations were substantiated. Brother Brian said his parents didn’t hurt Junior.

Pennsylvania’s Office of Children, Youth, and Families has acknowledged authorities' missteps in Ava’s case. The agency noted in a report that it didn’t know about guns at home or any criminal history. The office declined to answer specific questions, citing privacy laws.

AP’s analysis suggests officials may be dealing with more severe abuse cases in several states, based on an assessment of priority response times, families previously involved with CPS, and deaths and serious injuries. And despite fewer abuse reports and school referrals, the percentage of reports accepted for further investigation and assessment largely remained steady.

“I don’t believe this would have happened this way if not for the pandemic pushing him beyond the brink,” Soberick said. “I’m sure similar things to a lesser degree happened not just in Carbon County — throughout Pennsylvania and the nation.”

Ava's death was one of 105 Pennsylvania child fatalities investigated for abuse in 2020— 11 more than 2019. In state officials' report about her death, they urge more background checks and attendance tracking.

Their review said: “When the victim child was in school, she did have a good relationship with the staff and did reach out for help in the past. If she were in school, that may have continued.”