Fans can vote for their favorite artists in the top prize of video of the year, where nominees include Keith Urban, Kenny Chesney and Carrie Underwood. 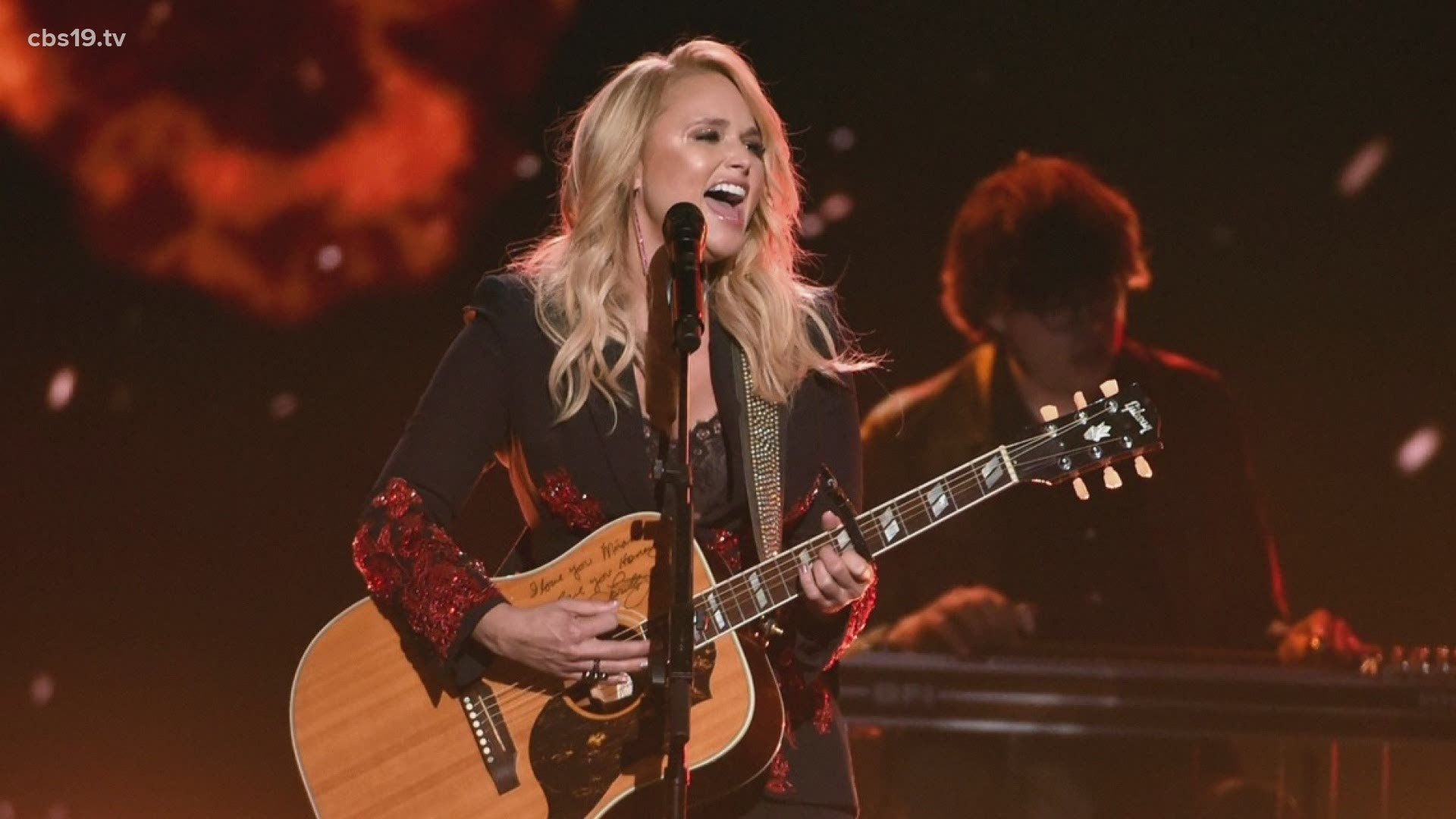 CMT on Thursday announced the nominees for their June 9 fan-voted awards show, where Morris and Lambert both have two nominations in the top category of video of the year, which has 14 contenders.

They are also nominated for female video of the year and collaborative video of the year. Morris shares two nominations with her husband and fellow singer Ryan Hurd, a first-time CMT nominee, on their duet “Chasing After You.”

Lambert shares two of her nominations with another former tourmate, rocker Elle King, on their rowdy drinking song “Drunk (And I Don't Wanna Go Home.)” Lambert, Morris and King all toured together in 2019 as a part of Lambert's all-female lineup on the Pink Guitars and Roadside Bars tour.

Other leading nominees include this year’s show hosts Kane Brown and Kelsea Ballerini, with three nominations each, including bids for video of the year. Also nominated for three awards are Little Big Town and Mickey Guyton.

One of the genre's top stars, Morgan Wallen, didn't pick up any nominations. The chart-topping singer was caught on camera using a racial slur earlier this year and as a result, CMT removed his videos from its programming.

“After removing Morgan Wallen from our platforms earlier this year, his videos were deemed ineligible for the 2021 CMT Music Awards,” CMT said in a statement.

Though his videos were removed and he wasn't allowed to compete at last month's Academy of Country Music Awards, Wallen has still had major success on both the pop and country charts, even earning six nominations for the 2021 Billboard Music Awards, airing later this month.

In a normal year he would have been a shoo-in nominee for CMT's video of the year prize. The finalists for that category will be determined in two rounds with the top five nominees announced on June 1 and the top three nominees on June 8, the day before the show airs. Other nominees for video of the year include Kenny Chesney, Sam Hunt, Keith Urban, Ingrid Andress and Carrie Underwood, the most decorated winner in the history of the CMT Music Awards with 22 wins. She's nominated twice this year thanks to “Hallelujah,” her duet with John Legend.

This is Brown's second consecutive year hosting the CMT Music Awards, while this is Ballerini's first. The show's producers haven't announced performers yet, but said in a news release that the night will include “outdoor performances, cross-genre collaborations and a few surprises.”

The show will also air on MTV, MTV2, Logo, Paramount Network and TV Land, and fans can vote for their favorite music videos at vote.cmt.com.