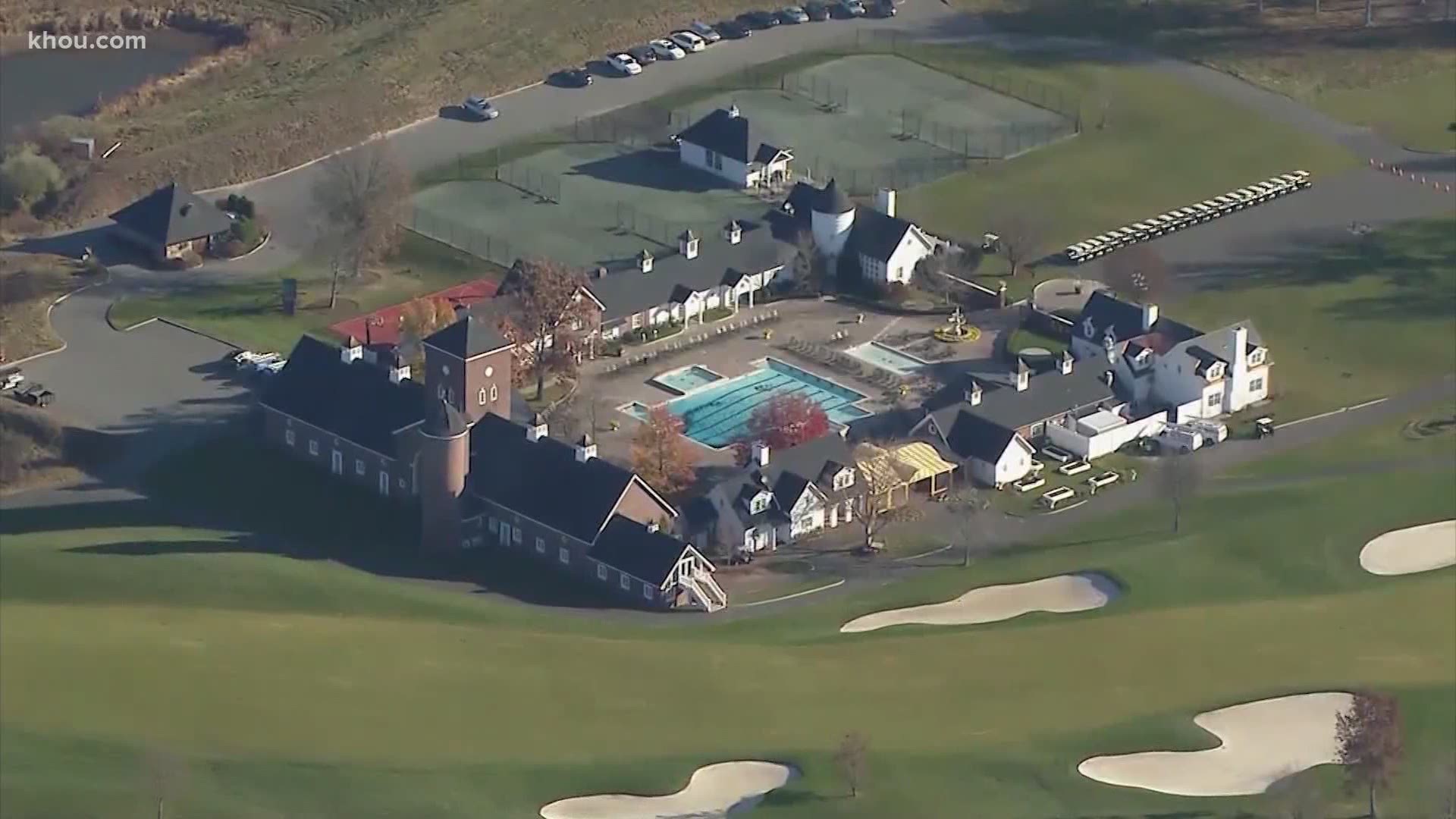 NEW YORK — The PGA canceled its tournament at his golf course. Banks say they won’t lend to him anymore. New York City is ending his contract to operate the Central Park skating rink.

Hits to President Donald Trump’s business empire since the deadly riots at the U.S. Capitol are part of a liberal “cancel culture,” his son, Eric, told The Associated Press on Tuesday, saying his father will leave the presidency with a powerful brand backed by millions of voters who will follow him “to the ends of the Earth.”

“We live in the age of cancel culture, but this isn’t something that started this week. It is something that they have been doing to us and others for years,” said Trump, who along with his brother, Donald Jr., have been running the family company since their father took office four years ago. “If you disagree with them, if they don’t like you, they try and cancel you.”

The remarks in an extended interview to the AP come amid an extraordinary backlash against the Trump Organization after thousands of the president’s supporters stormed the Capitol last week in a violent riot seeking to keep lawmakers from confirming Joe Biden’s presidential election victory.

Amid accusations Trump incited the mob, the PGA of America voted to strip its namesake championship from Trump’s Bedminister, New Jersey, golf course next year, a British golf organization said the British Open will not be played at a Trump property in the “foreseeable future,” the e-commerce company Shopify stopped helping run the online Trump Store, and New York City announced Wednesday morning it was canceling contracts with Trump for skating rinks and a golf course in the Bronx.

“I’m here to announce that the city of New York is severing all contracts with the Trump Organization,” de Blasio said Wednesday morning. The Trump Organization profits about $17 million a year from operating the two ice rinks and a carousel in Central Park as well as a golf course in the Bronx, the mayor said.

And potentially most troubling of all, several banks, including one of his biggest lenders, Deutsche Bank, have reportedly said they would no longer lend to Trump’s company, raising the prospect that the president may have to dig into his own pockets to pay off his loans if he can’t refinance.

“We witnessed the president of the United States encouraging the rioters and refraining from calling in the National Guard to protect the Congress in its performance of duty,” said one bank that cut ties, New York’s Signature Bank, once so close to Trump it put his daughter Ivanka on its board.

Eric Trump seemed unruffled but combative as he spoke by phone from his office in Trump Tower. He dismissed the hits as no big threat to a company that has minimal debt –$400 million against billions in assets – and can always tap its vast real estate holdings for cash, not to mention the allegiance of those sticking by the president.

“You have a man who would get followed to the ends of the Earth by a hundred million Americans,” Eric Trump said. “He created the greatest political movement in American history and his opportunities are endless.”

That upbeat assessment notwithstanding, the limited data available for his private company suggest the Trump Organization’s golf properties, as well as other parts of his businesses, may be struggling.

Its two Scottish golf courses have been losing money for years, it had to furlough more than 1,000 workers last year due to the coronavirus, prices of condos in Trump residential buildings have fallen sharply and the company has been unsuccessful in its plans to sell one of its most celebrated properties, the Trump International Hotel in Washington D.C.

One person who does business with members at Trump’s golf club in Bedminster said several members are thinking of freezing their membership after the Capitol riots, and that getting new members to join will be difficult.

“They don’t want to be publicly shamed for being a member of his golf club,” said the person, who requested anonymity because he doesn’t want to lose his clients’ business. “Do you think a guy who works for a financial firm or a drug company wants to see his picture in the paper?”

Along with his father, Eric Trump spoke to the crowd on Jan. 6 before many of them rushed to the Capitol, pushed over barriers, attacked police, vandalized the building and left five people dead.

“Have some backbone. Show some fight. Learn from Donald Trump,” Eric Trump said before urging them to “march on the Capitol."

President Trump said Tuesday during a visit to the border wall in Texas that he bore no responsibility for fomenting the insurrection and warned that efforts to impeach him over his comments threatened only to further divide the country, “which is very dangerous.”

Asked directly in his interview if he felt his father incited the crowd, Eric Trump paused and then the line went dead.

1 / 21
AP
Police with guns drawn watch as protesters try to break into the House Chamber at the U.S. Capitol on Wednesday, Jan. 6, 2021, in Washington. (AP Photo/J. Scott Applewhite)