The U.S. Supreme Court found it unconstitutional 80 years ago to incarcerate defendants too poor to pay fines. It's still happening. 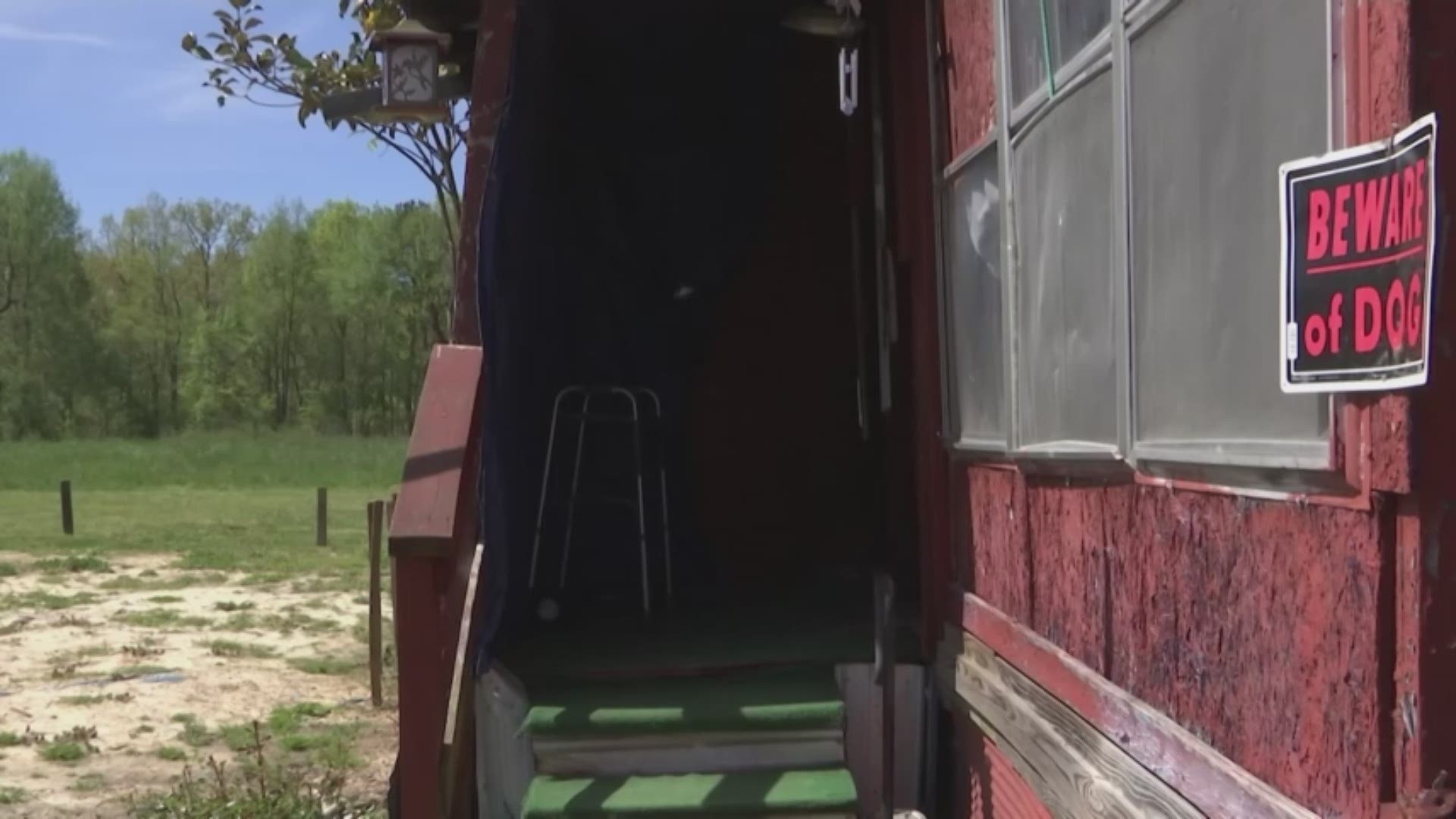 LIBERTY, Tenn — Johnny Gibbs has been trying to get a valid driver's license for 20 years, but he just can't afford it.

To punish him for high school truancy in 1999, Tennessee officials told him he would not be able to legally drive until he turned 21. He drove anyway, incurring two tickets and racking up more than $1,000 in fines and fees.

Like other low-income defendants in similar situations across the country, Gibbs couldn't pay and ended up serving jail time and probation. That incurred another cost: a monthly supervision fee to a private probation company.

Rather than risk another arrest, Gibbs, now 38, decided to quit driving, which he said makes it nearly impossible to work. He said he spent several years living in a motel room with his mother, his disabled father and his sister before they all became homeless. In August, the family found housing in a dilapidated trailer, miles from the nearest town or food source.

"Honestly, I feel like I'm being punished for being poor," Gibbs said.

Credit: AP
In this April 16, 2019, photo, Johnny Gibbs helps his disabled father, Mike, 65, into their home in Liberty, Tenn. Johnny Gibbs has been trying to get a valid driver's license for 20 years, but he can't afford it. To punish him for high school truancy in 1999, Tennessee suspended his ability to get a license until he turned 21. When Gibbs couldn't pay for traffic violations, he ended up serving jail time and probation. But rather than wiping his fines and allowing him to obtain a valid license, he wound up even more deeply in debt because he had to pay a monthly supervision fee to a private probation company. (AP Photo/Mark Humphrey)

For years, state and city officials in the U.S. — unwilling to raise taxes — have steadily increased their reliance on court fines and fees to balance budgets. Poor defendants who can't pay are jailed, clogging local lockups with people who in many cases have not been convicted of any crime and putting others on a probation that doesn't end until all debts are erased.

A growing number of legal groups and nonprofit organizations throughout the U.S. are challenging these practices, but they continue — despite a 1983 U.S. Supreme Court decision that found it unconstitutional to incarcerate defendants too poor to pay fines.

In Oklahoma, for example, the Washington-based Civil Rights Corps, which has litigated more than 20 lawsuits since it was founded in 2016 to undo various aspects of "user-funded justice," is challenging policies that it claims have led to one of the highest incarceration rates in the world.

Counties across the state of Oklahoma refer debt collection to a for-profit company, Aberdeen Enterprizes II, which adds an additional 30 percent fee and threatens debtors with arrest. Many of those who can't pay are not just thrown in jail; they're also made to pay for their incarceration, further increasing their debt.

Tennessee Supreme Court Justice Jeffrey Bivens said reforming fees, fines and bail is a priority of the Conference of Chief Justices, a nonprofit organization comprising top judicial officials from each of the 50 states.

"We're having situations where even with $500 or $1,000 bail, these folks can't make that bail," Bivens said. "Then they lose their jobs ... their families, their children. ... It's a never-ending and increasing cycle."

Just last year, a national task force of state court administrators and chief justices released a list of principles stating that courts should be funded entirely by governments and should not be used as "a revenue-generating arm."

The nonprofit Vera Institute of Justice New Orleans is trying to make the Big Easy the first city in the country to eliminate both money bail and conviction fines and fees. The group's data shows the city could dip into its own coffers for the $2.8 million the local criminal court, district attorney and public defender now get from the fines and fees — and still come out nearly $3 million ahead. That's because the city is spending about $5.4 million a year to lock people up when they can't pay, said Jon Wool, the institute's director of justice policy.

Memphis, Tennessee, District Attorney Amy Weirich said she has simply stopped prosecuting people arrested for driving on a suspended or revoked license "if the sole reason was because the driver owed somebody money."

She said the move has cut her office's workload by a third and freed up staff to focus on serious crime.

But in some states, lawmakers are not just resisting calls to change the system; they are working harder than ever to enforce it.

In North Carolina, where more than $250 million of the Fiscal Year 2018 general fund came from court fines and fees, a state law requires judges who waive them to explain why in a notification to every government agency that could be affected by the lost revenue.

"That's over 100 agencies," said Democratic state Rep. Marcia Morey of Durham, a judge for 18 years before she joined the legislature in 2017. "It's really unenforceable. ... It's just to pressure judges."

In Gibbs' home state of Tennessee, state legislators refused to eliminate a law stripping licenses from people who owe money to the courts, despite a federal court ruling that it was unconstitutional. Instead, they tweaked the legislation to allow more than 300,000 drivers to keep driving while slowly paying off their debt. For those who truly can't pay, they can have their debt suspended until they are able, a strategy that has the potential to keep indigent drivers like Gibbs involved in the court system for many years to come.

"I missed my daughter's 13th birthday," he said. "I missed the birth of my 9-month-old. ... Basically everything in life I've missed because of a little plastic card they won't let me have."