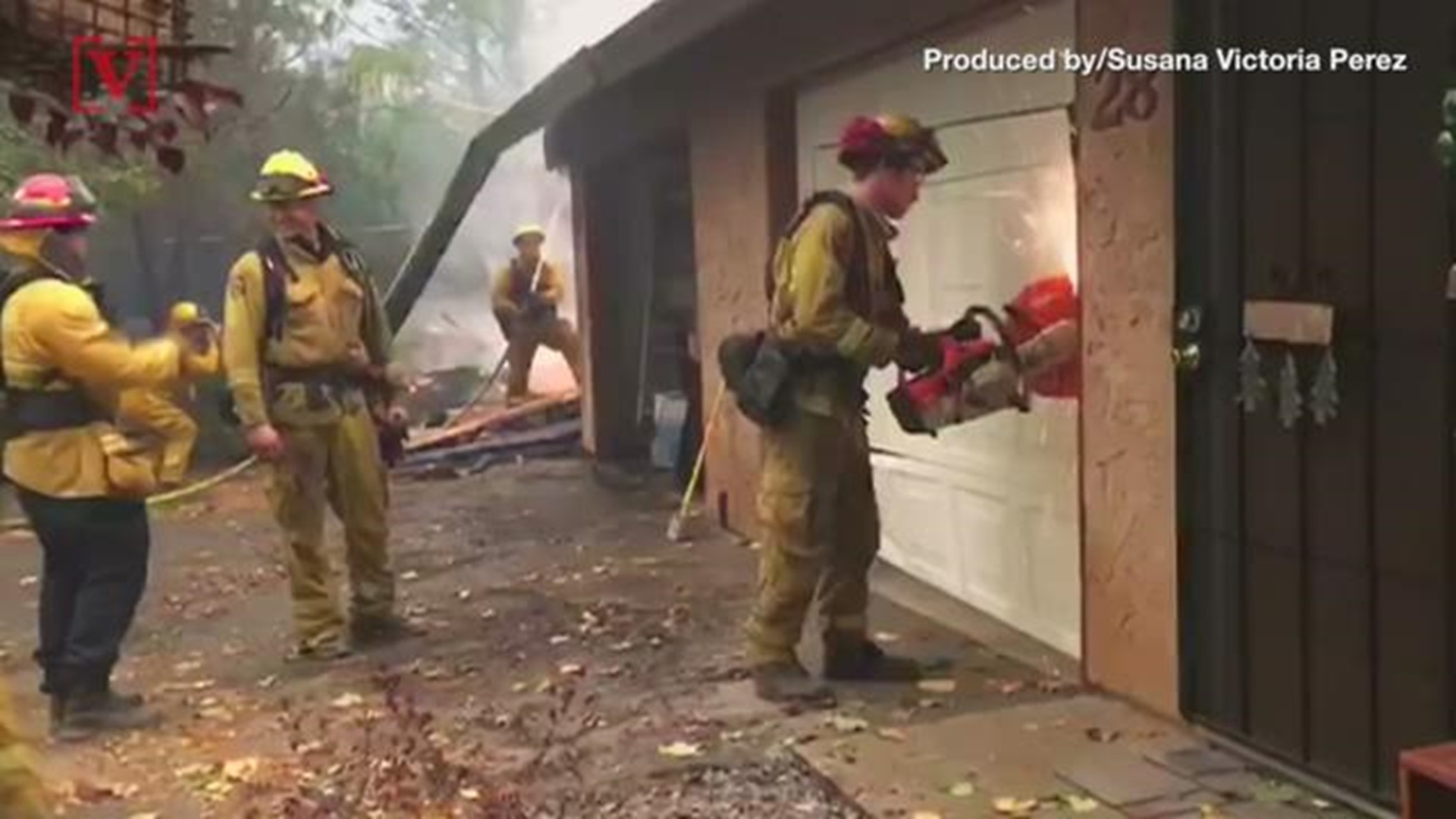 The presidents of two professional firefighters associations have denounced President Donald Trump's assertion that "gross mismanagement of the forests" is to blame for California's devastating fires.

Harold Schaitberger, General President of the International Association of Fire Fighters, said the comments were "reckless and insulting."

"There is no reason for these massive, deadly and costly forest fires in California except that forest management is so poor," Trump tweeted. "Billions of dollars are given each year, with so many lives lost, all because of gross mismanagement of the forests. Remedy now, or no more Fed payments!"

Later on Saturday, Trump tweeted appreciation for the firefighters battling the blazes: "Our hearts are with those fighting the fires, the 52,000 who have evacuated, and the families of the 11 who have died. The destruction is catastrophic. God Bless them all."

More than 4,000 are fighting the Camp and Woolsey Fires in California that have burned over 170,000 acres. Our hearts are with those fighting the fires, the 52,000 who have evacuated, and the families of the 11 who have died. The destruction is catastrophic. God Bless them all.

Rice decried both the tone of Trump's earlier tweet and its factual basis.

He called the assertion that California’s forest management policies were to blame for the fires "dangerously wrong."

Wildfires don't start in forests alone — they also begin in populated areas and fields with "parched vegetation," he wrote.

And much of California's forests are under federal control, not the state's, Rice's statement said.

"Moreover, nearly 60 percent of California forests are under federal management, and another two-thirds under private control. It is the federal government that has chosen to divert resources away from forest management, not California."

While Trump's comments were directed at the state of California, Rice said the "shameful" tweet also attacked "all our courageous men and women on the front lines."

Schaitberger echoed that view, writing Trump's word showed a "lack of real comprehension about the disaster at hand and the dangerous job our fire fighters do."

Others, including Katy Perry, have also criticized Trump's comments.