Kapler has been outspoken about social injustice and racial issues and athletes' roles in helping spur positive change. 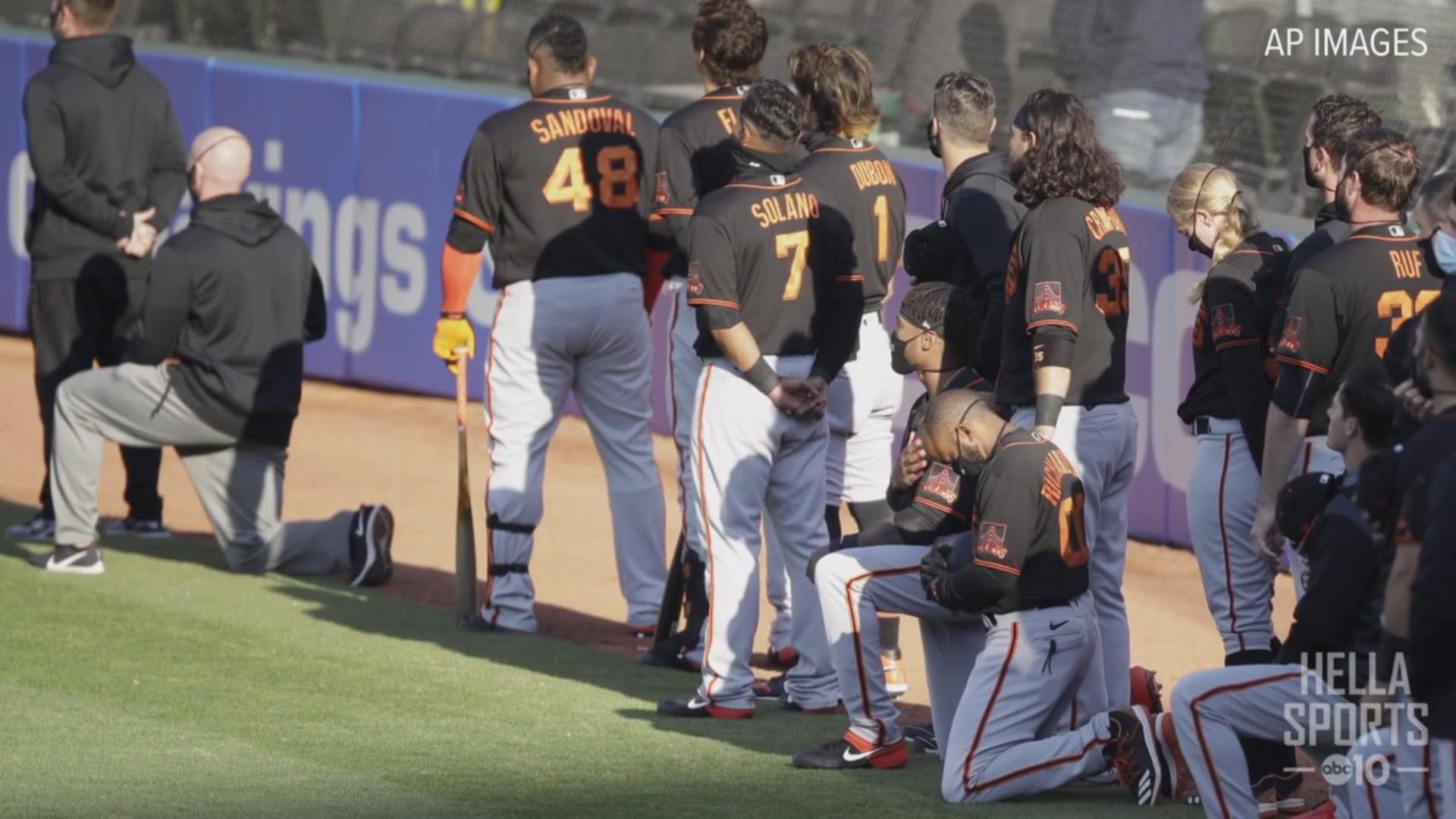 Right fielder Jaylin Davis and first base coach Antoan Richardson, both African American, also took a knee, with shortstop Brandon Crawford standing between them with a hand on each of their shoulders. Davis held his right hand over his heart, while Richardson clasped his hands in front of him.

Kapler, beginning his first season managing the Giants after two disappointing years guiding the Phillies, didn't discuss his plans to kneel in a pregame session with media members.

RELATED: US Soccer repeals ban on kneeling during national anthem

RELATED: Brees: 'We can no longer use the flag to turn people away'

Kapler has been outspoken about social injustice and racial issues and athletes' roles in helping spur positive change.

Former San Francisco 49ers quarterback Colin Kaepernick started taking a knee during the national anthem in 2016 to protest racial inequality and police mistreatment of minorities. He was roundly criticized for years, but public sentiment has changed since George Floyd’s death in May.

Floyd, a black man, died after a white Minneapolis police officer pressed his knee into Floyd’s neck while Floyd was handcuffed and saying that he couldn’t breathe.

Former A's catcher Bruce Maxwell in 2017 became the first major leaguer to kneel for the anthem since Kaepernick began his silent protest.