Immigration and Customs Enforcement is part of the Department of Homeland Security, where Chad Wolf resigned as acting secretary this week. 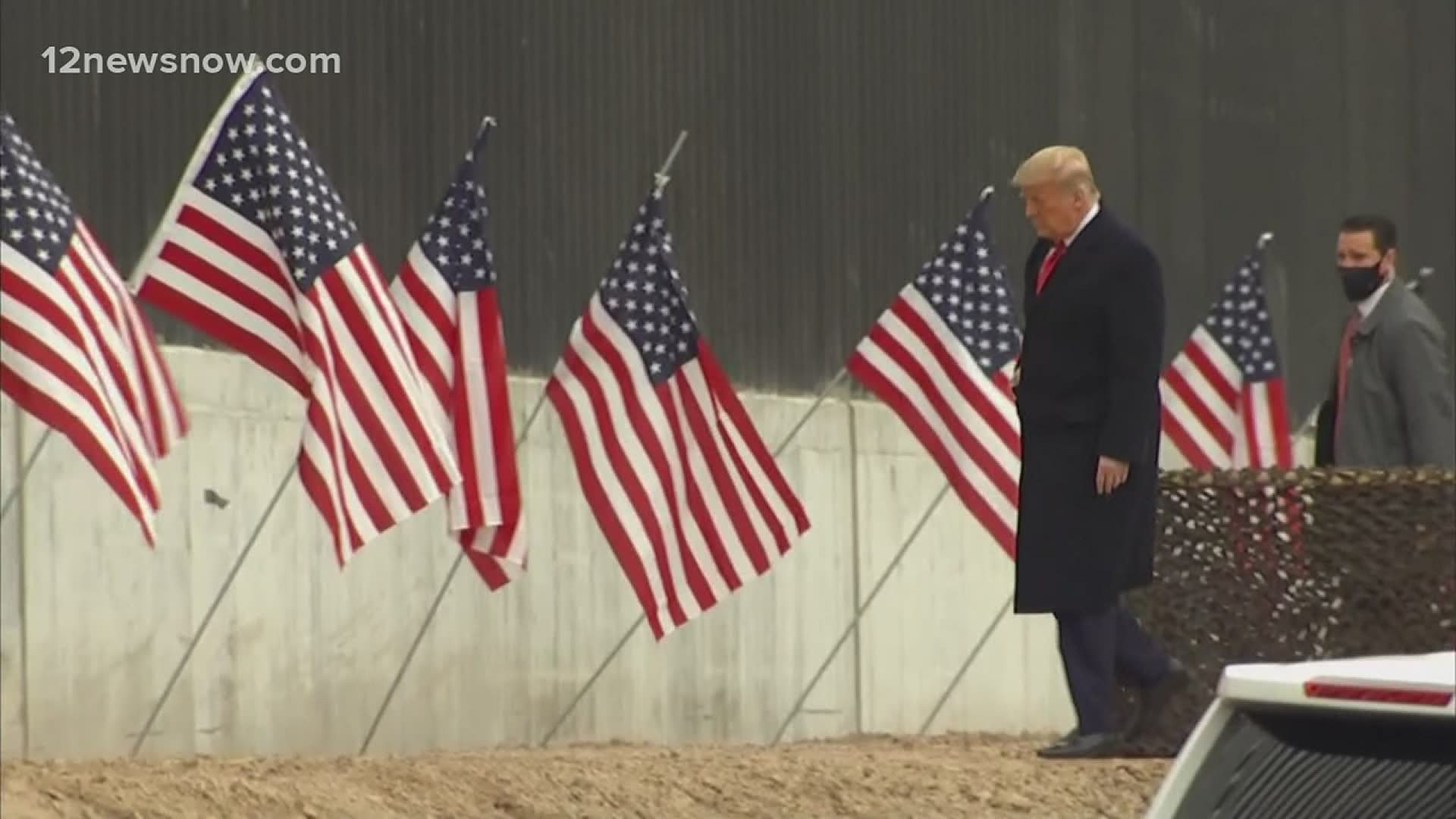 SAN DIEGO — The acting director of U.S. Immigration and Customs Enforcement resigned Wednesday, only weeks after taking over the agency that detains and deports immigrants and runs international criminal investigations.

Jonathan Fahey gave no explanation for his abrupt departure in a brief email to employees late in the day, telling them that Wednesday was his last day. He was replaced by Tae Johnson, currently deputy director and now the agency's fourth acting director since August.

“I am sincerely impressed by the professionalism and integrity with which you perform your duties each and every day,” he wrote in his farewell message obtained by The Associated Press. “Despite leaving your ranks, I will remain an ardent supporter of this Agency and workforce, cheering on your successes and praying for your safety.”

ICE spokeswoman Jenny Burke confirmed Fahey had resigned and that Johnson would replace him but did answer why. BuzzFeed News first reported the resignation.

RELATED: 453 miles of President Trump's US-Mexico border wall have been built so far

ICE is part of the Department of Homeland Security, which has also cycled through leaders during Donald Trump's presidency. Chad Wolf resigned this week as acting secretary of a department that has been without a Senate-confirmed leader since Kirstjen Nielsen was forced out in April 2019.

ICE, with more than 20,000 employees, oversees a sprawling network of immigration detention centers and carries out deportations. Its Homeland Security Investigations unit has a broad portfolio, including child exploitation, money laundering, antiquities theft and human smuggling.

Fahey's announcement surprised employees. He joined Homeland Security in March as a senior adviser for immigration policy after years as a federal and state prosecutor in Virginia.

Johnson takes the reins at ICE less than a week before President-elect Joe Biden's inauguration. He has worked at Homeland Security and one of its predecessor agencies, the Immigration and Naturalization Service, for more than 25 years, including senior positions in ICE's enforcement and removal operations division.