If no deal is reached, then the administration is prepared for a Democrats-only approach to pass President Joe Biden’s sweeping jobs and families investment plans. 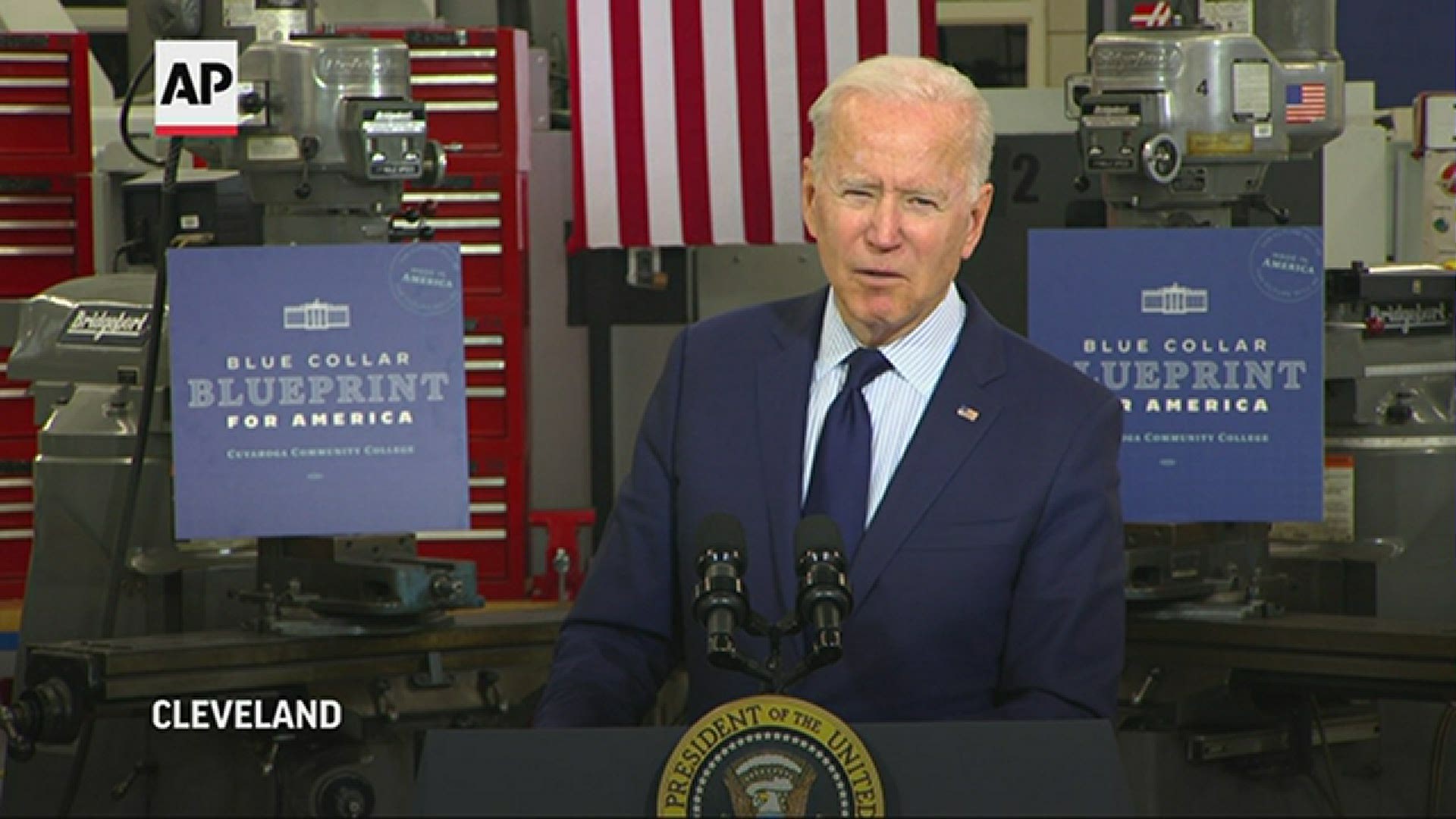 WASHINGTON — The White House plans to give the bipartisan infrastructure negotiations another week to 10 days before assessing next steps, which could include pursuing a Democrats-only approach to pass President Joe Biden's sweeping jobs and families investment plans.

House Democrats were told about the administration's latest thinking during a closed session Tuesday. House Budget Committee Chairman Rep. John Yarmuth, D-Ky., said the White House's chief of staff Steve Ricchetti relayed the timeline to lawmakers as talks have been underway with a group of 10 senators devising a nearly $1 trillion proposal.

Democrats in both the House and Senate are taking steps in the budget committees to prepare a package for consideration as soon as July under special reconciliation rules that would enable majority passage without the need for Republican votes. A person granted anonymity to discuss the closed-door session confirmed the administration's comments.

"Neither precludes the other," Yarmuth said.

Yarmuth said the plan is, if bipartisan talks falter, “it's full steam ahead” on the reconciliation package. The package being prepared by the House Budget Committee would include both the American Jobs Plan and the American Families Plan, which are Biden's ambitious proposals to build not just roads and highways, but also the so-called human infrastructure of child care, veterans care and education facilities.

The updated timeline comes as Biden is overseas but his top legislative priority is teetering in Congress. The president and the Democratic leaders of the House and Senate have been engaged in a two-track strategy — reaching for a bipartisan deal with Republicans but also setting the stage for a potential go-it-alone strategy in case talks fail.

A bipartisan group of 10 senators has narrowed on a nearly $1 trillion deal of mainly road, highway and other traditional infrastructure projects, but without the family-related investments in child care centers and other facilities that Republicans reject as costly and unnecessary.

On Tuesday, the Republicans in the bipartisan group are expected to present the proposal to their GOP colleagues at a closed-door Senate lunch.

The effort by the bipartisan group, five Democrats and five Republicans, has come far in meeting Biden's initial ideas, but the senators and the president remain far apart over how to pay for the plan.

Biden has proposed raising the corporate tax rate, from 21% to 28%, to pay for infrastructure investments. Under the bipartisan proposal, the projects would be funded by tapping unspent COVID-19 relief funds, increasing the gas tax paid at the pump by linking it to inflation and trying to recoup unpaid income taxes.