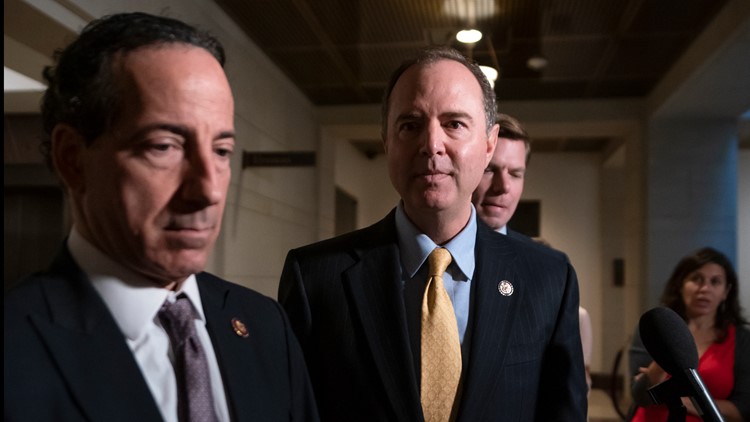 WASHINGTON — A federal judge has dismissed a lawsuit from a former White House official who had challenged a congressional subpoena in the impeachment inquiry involving President Donald Trump, the Associated Press reports.

Charles Kupperman is a former deputy national security adviser to ousted national security adviser John Bolton. Kupperman had asked a court to decide whether he had to comply with the subpoena given that the White House had instructed him and other officials not to appear before a congressional investigation into Trump's interactions with Ukraine. Bolton himself did not appear for another scheduled deposition, leaving House investigators to eventually withdraw their subpoena.

U.S. District Judge Richard Leon says Kupperman's case is moot since the House withdrew the subpoena issued to him and has stated in court that it doesn't plan to issue one again.

House investigators issued the subpoena to Kupperman in October to get his testimony in an investigation into allegations that President Donald Trump withheld foreign aid to pressure Ukraine to investigate Democratic presidential candidate Joe Biden, Reuters reports.