The court voted 8-1 in favor of Brandi Levy, who was a 14-year-old high school freshman when she expressed her disappointment over not making the cheerleading team. 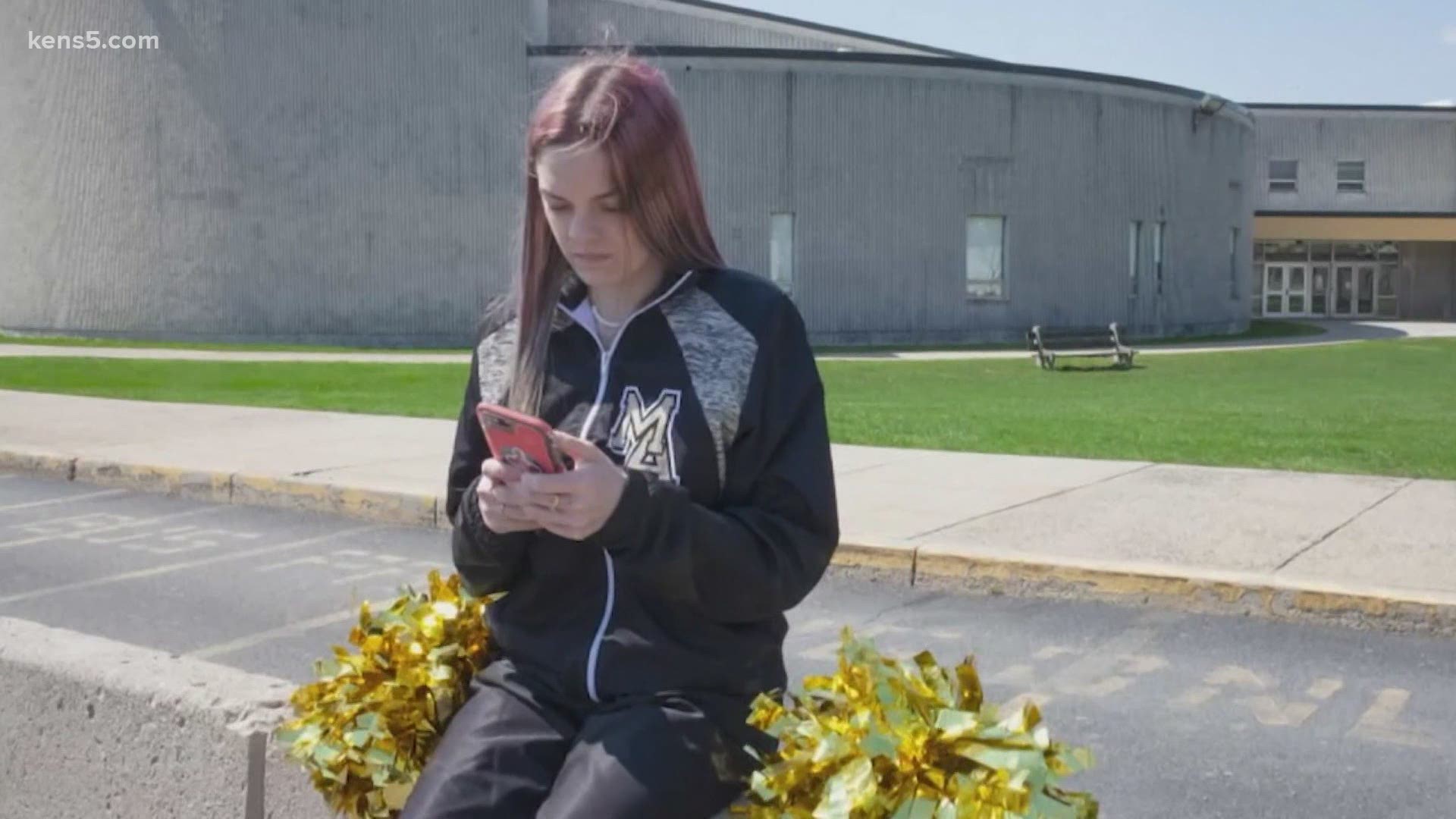 WASHINGTON — Editor's Note: The video above is from April 2021.

The Supreme Court ruled Wednesday that a Pennsylvania public school wrongly suspended a student from cheerleading over a vulgar social media post she made after she didn't qualify for the varsity team.

The court voted 8-1 in favor of Brandi Levy, who was a 14-year-old high school freshman when she expressed her disappointment over not making the varsity cheerleading squad with a string of curse words and a raised middle finger on Snapchat.

Levy, of Mahanoy City, Pennsylvania, was not in school when she made her post, but she was suspended from cheerleading activities for a year anyway. In an opinion by Justice Stephen Breyer, the high court ruled that the suspension violated Levy's First Amendment freedom of speech rights.

But the justices did not foreclose schools from disciplining students for what they say off campus. An earlier federal appeals court ruling in this case would have barred public schools from punishing off-campus speech.

Despite ruling in Levy's favor, Breyer wrote that “we do not believe the special characteristics that give schools additional license to regulate student speech always disappear when a school regulates speech that takes place off campus. The school’s regulatory interests remain significant in some off-campus circumstances.”

The case drew extra interest at a time of remote learning because of the coronavirus pandemic and a rising awareness of the harmful effects of online bullying.

The case arose from Levy's posts, one of which pictured her and a friend with raised middle fingers and included repeated use of a vulgarity to complain that she had been left off the varsity cheerleading squad.

BREAKING: In major First Amendment case on student speech, the Supreme Court rules 8-1 in favor of a former high school student who was disciplined by her public school after sending a vulgar message on Snapchat complaining about the school's cheerleading squad.

“F——— school f——— softball f——— cheer f——— everything,” she wrote near the end of her freshman year, from a local convenience store and on a Saturday. Now 18, Levy recently finished her first year of college.

Levy's parents filed a federal lawsuit after the cheerleading coach suspended her from the junior varsity team for a year. Lower courts ruled in Levy's favor, and she was reinstated.

The school district appealed to the Supreme Court after the broad appellate ruling that said off-campus student speech was beyond schools' authority to punish.

The dispute is the latest in a line of a cases that began with Tinker v. Des Moines, the Vietnam-era case of a high school in Des Moines, Iowa, that suspended students who wore armbands to protest the war. In a landmark ruling, the Supreme Court sided with the students, declaring they don’t “shed their constitutional rights to freedom of speech or expression at the schoolhouse gate.”

The court also held then that schools retained the authority to restrict speech that would disrupt the school environment.

“It might be tempting to dismiss B. L.’s words as unworthy of the robust First Amendment protections discussed herein. But sometimes it is necessary to protect the superfluous in order to preserve the necessary,” he wrote, using Levy's initials because that was how she was identified in the original lawsuit. Levy has granted numerous interviews allowing her name to be used.

Justice Samuel Alito wrote in a concurring opinion that school officials in Mahanoy got “carried away” in seeking to discipline Levy. “If today’s decision teaches any lesson, it must be that the regulation of many types of off-premises student speech raises serious First Amendment concerns, and school officials should proceed cautiously before venturing into this territory,” Alito wrote.

In dissent, Justice Clarence Thomas wrote that he would have upheld Levy's suspension.