Mickey Paulk said the squirrel was safe and not a threat to anyone. 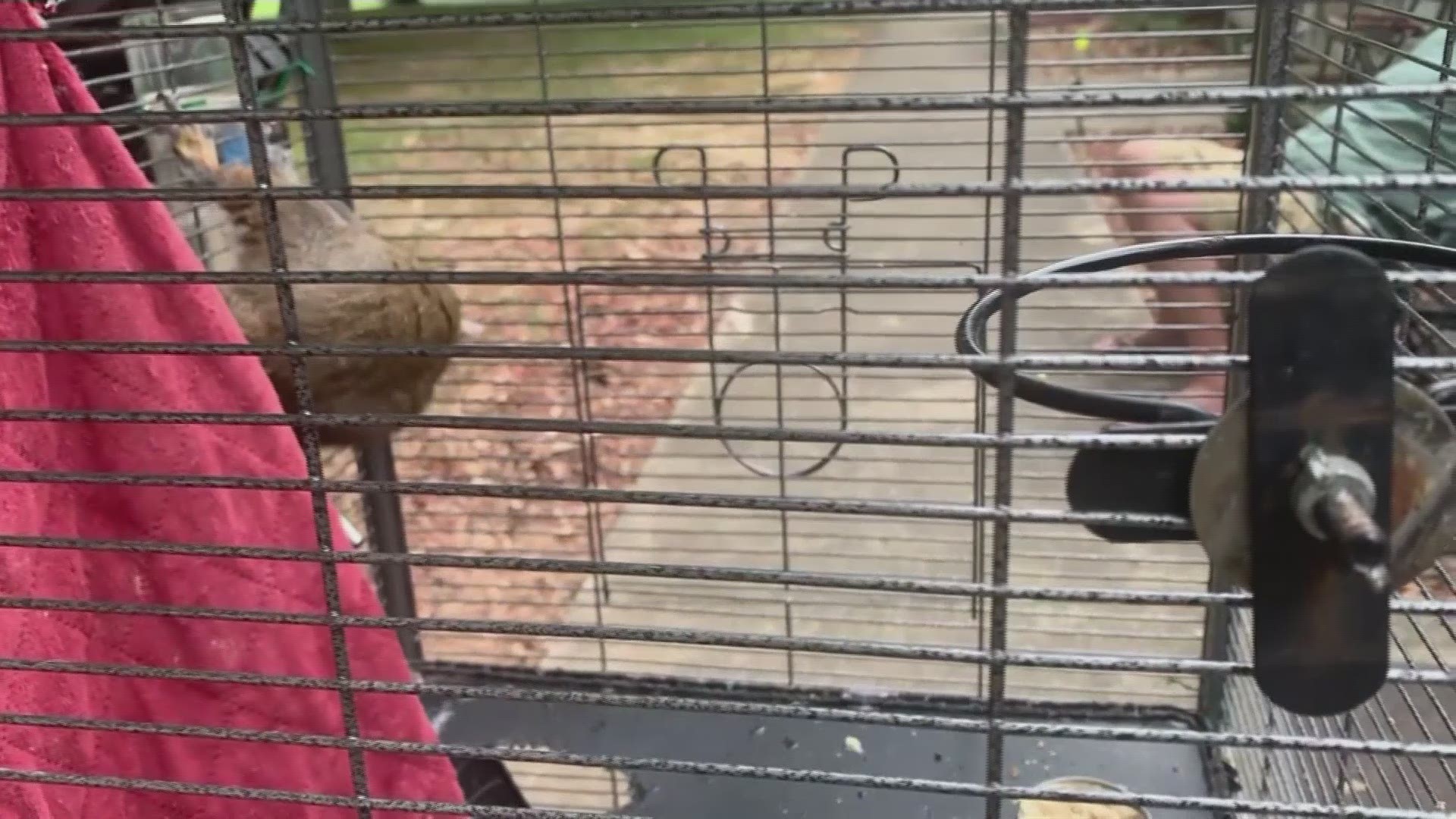 BIRMINGHAM, Ala — An Alabama man wanted on drug and weapons charges has posted a video denying he fed methamphetamine to a so-called "attack squirrel" that he considers a pet.

Mickey Paulk posted the video on his Facebook page Tuesday night as authorities continued searching for him. It shows him stroking a rodent that he indicates was the same one seized during a search and then released by authorities.

"You can't give squirrels meth; it would kill 'em. I'm pretty sure, (but) I've never tried it," he said.

He said the squirrel, which he kept as a pet, was safe and not a threat to anyone.

"The public isn't in danger in any kind of way from the methed-out squirrel in the neighborhood," Paulk said with a laugh.

Paulk told The Associated Press that a friend gave him the animal shortly after it was born, and he named it "Deeznutz."

Stephen Young, a spokesman for the Limestone County Sheriff's Office, said Wednesday investigators were still looking for Paulk, 35, who has an extensive criminal record.

Police said they were warned about a meth-fueled, trained attack squirrel before conducting a drug search at a rural home near Athens, Alabama, on Monday. One man was arrested at the home and police said they released the caged squirrel.

In the video, Paulk denied living at the home but said he went there after the raid and saw the pet squirrel in a treetop. The animal scampered down and hopped on his shoulder, he said.

"I just pulled up and whistled," said Paulk, who is wanted on warrants accusing him of possession of drugs and an illegal weapon.

Deputies released the squirrel in trees near the home, Young said, but there was no way to say whether the squirrel shown in the video is the same one released by officers after the raid.

"We don't know if he might even have two squirrels," he said. "It would just be speculation."

Speaking in a phone interview with AP, Paulk said Wednesday that he was working with an attorney and relatives on a plan for turning himself in to authorities. Paulk said he had "a few loose ends to tie up" before surrendering, including getting the squirrel to a temporary home in Tennessee.

Paulk said he raised "Deeznutz" since it was a baby.

"I've had it since it was a little pink thing," he said.

Paulk said he didn't know why authorities believed the squirrel was on drugs unless someone saw it acting excitedly and told police "maybe he's on meth or something."

Paulk said he isn't in Athens anymore but wouldn't give his exact location.