Many states scrambling to update hurricane plans for coronavirus

Hurricane season has officially begun, and some state officials claim they're still working on plans for public hurricane shelters amid the coronavirus pandemic. 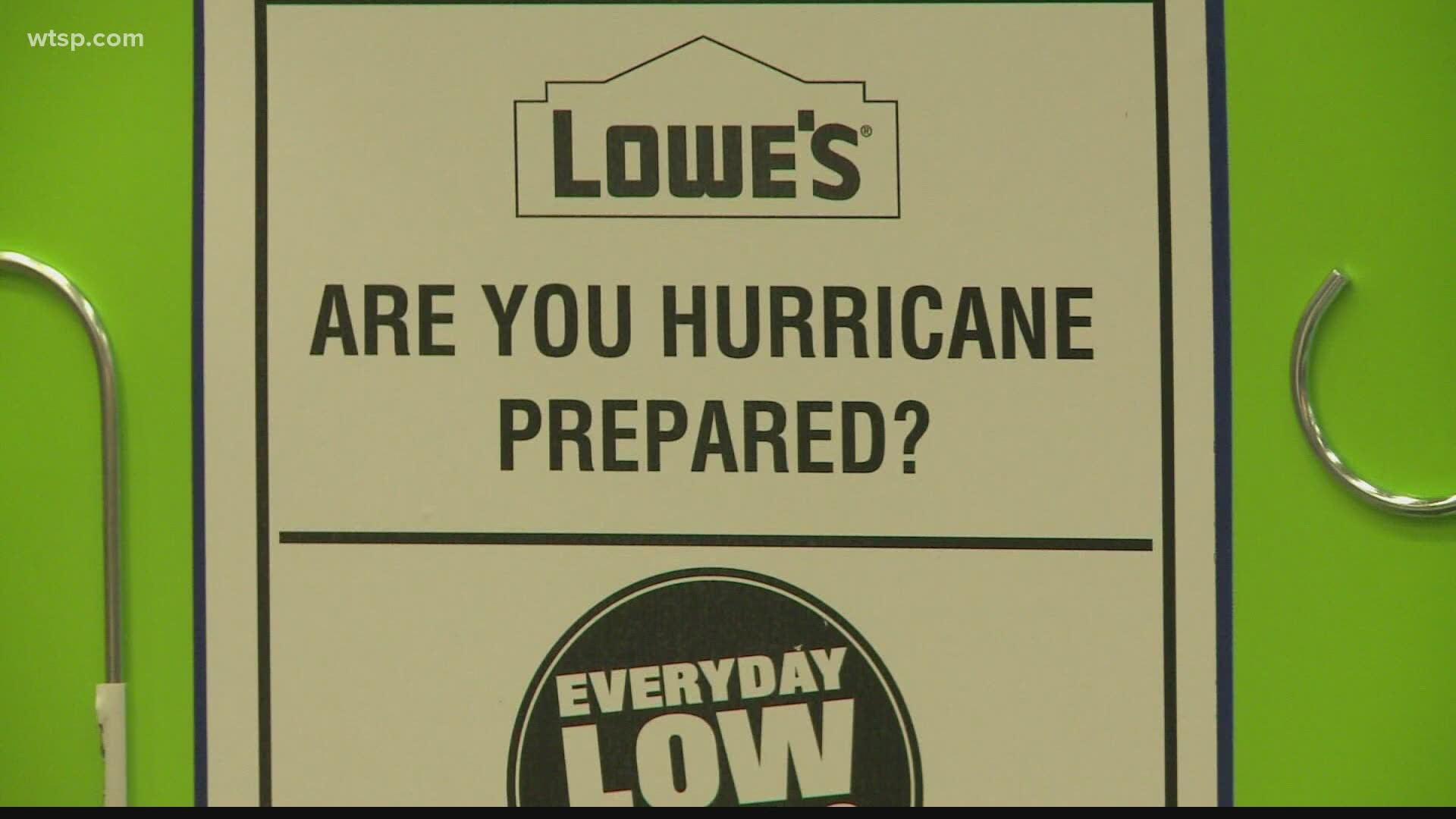 Officials across the U.S. South are still scrambling to adjust their hurricane plans to the coronavirus. The big unknown: Where will people fleeing storms go?

The Associated Press surveyed more than 70 counties and states from Texas to Virginia, with more than 60% of coastal counties saying as of late May that they're still solidifying plans for public hurricane shelters. They're also altering preparations for dealing with the sick and elderly, protective equipment and cleanup costs.

In Georgia’s McIntosh County, south of Savannah, Emergency Management Agency Director Ty Poppell said evacuations during the pandemic would be a “nightmare.” He worried about social distancing at shelters and on buses used to get people out.

“I’d love to be able to tell you we’ve got that answered right now,” Poppell said. “It’s a work in progress.”

RELATED: Hurricane season begins June 1: What do you need in your emergency kit?

“Everything that we do will be affected in one way or another, big and/or small, by COVID-19,” Florida Emergency Management Director Jared Moskowitz said.

Many counties are taking federal advice and hope to use hotels as smaller-scale shelters, while others plan to use more parts of schools besides large gymnasiums. Still others, especially in Louisiana, plan for big shelters with more social distancing.

Officials emphasize that shelters are last resorts, urging people to stay with friends or in hotels. But massive unemployment is making the expense of hotels less feasible.

During tornadoes in April, the state used hotels as shelters, which was good practice for hurricane season, he said.

Most counties surveyed said they're still figuring out shelters.

While that may sound worrisome, it could be beneficial because emergency managers need to update plans as the pandemic changes, University of South Carolina disaster expert Susan Cutter said.

“Disasters are not going to stop for COVID-19,” Brad Kieserman, an American Red Cross executive, told reporters in May. “Hope is not a plan. And we’ve got to plan for tens of thousands of people to evacuate in the face of hurricanes and wildfires and other disasters.”

Some officials acknowledged they aren't as ready for storm season as they were a year ago because of the virus. Others were more confident.

“We feel the current rating of preparedness for Craven County (North Carolina) is 50% or lower as we still have not finalized shelter options,” said Stanley Kite, emergency services director of the county hit by 2018's Hurricane Florence. “Before COVID-19, would have estimated 90%.”

Shelters were the most mentioned worry, but comfort levels with other aspects of hurricane preparations varied, reflecting the difference in how states plan for disasters. Having enough staff for shelters is a persistent problem locally and nationally, said Walton County, Florida, emergency management chief Jeff Goldberg.

Protective equipment is the biggest shortfall in several North Carolina counties. Money is always an issue, with counties often waiting for federal reimbursement. Handling nursing homes, hospitals and COVID-19 patients “is one of the most difficult challenges and would require a larger state response,” said Jeffrey Johnson, fire chief in Newport News, Virginia.

A year ago, officials in North Carolina’s Beaufort County would have rated their readiness going into hurricane season at a 95 on a 0-to-100 scale. With the virus, that’s down to 75. Brad Baker, emergency management director of Florida’s Santa Rosa County, gave the same numbers “because there’s a lot of unknowns with COVID.”

In Nueces County, Texas, which was swamped by 2017’s Hurricane Harvey, officials said they were at a 95 going into hurricane season last year. Now, it's below 80, emergency management coordinator Melissa Munguia said. If another Harvey brings 50 inches (127 centimeters) of rain, she said the same reinforcements won't arrive because “everybody’s been working their personnel for many hours for over 100 days.”

“While COVID-19 complicates things and you have to plan around COVID-19, I think Florida is as prepared as ever before in response to a hurricane," said Moskowitz, the state emergency management chief.

In Louisiana, disaster officials said they're used to “overlapping emergencies, and you just have to plow through.”

They anticipate making adjustments, “but it’s hard to pin down what those changes will be,” said Mike Steele, spokesman for the state's emergency preparedness office. By August and September, typically the height of Louisiana's hurricane season, the number of infections and social distancing requirements may have changed, he said.

Coping with a hurricane is hard, and the coronavirus “is going to make it a little bit more difficult,” Federal Emergency Management Agency Director Pete Gaynor told reporters in May. But he said FEMA has hired 500 people since March and has a record of nearly $80 billion in its disaster fund.

Academics who study disasters aren't so sure.

“I don’t think they (federal officials) are doing the job they should be doing. I worry about their ability to handle a very large hurricane in addition to COVID-19,” University of South Carolina’s Cutter said.

She and others said mixed messages on the coronavirus means some people aren’t believing what they’re hearing from Washington in an emergency.

“I think our lives are in danger now because we don’t trust the federal government,” Cutter said.

Experts also worry that it could take longer to return to normal after a hurricane. Search and rescue teams, utility workers who restore power lines and volunteers who help clean up may be slowed or not respond at all because of concerns over virus exposure, experts said. That and other issues may mean a storm that in the past caused $12 billion in insured damage, like 2018’s Hurricane Michael, may cost 20% more, catastrophic risk modeler Karen Clark said.

While many officials are still trying to figure out shelters, they said if people are told to evacuate in a hurricane, residents must go. Storm surge is more dangerous than the virus, officials said.

“In hurricane season, we can’t have mixed messages. If you live in an evacuation zone, your plan is to evacuate if ordered to do so by local officials,” former FEMA director Craig Fugate said. “This message will not change, COVID or no COVID.”