Inside Met Gala, where there's always someone more famous

A tournament's worth of tennis stars, gymnasts and stars of stage, screen and music. It seemed like all the famous people were at the Met Gala Monday. 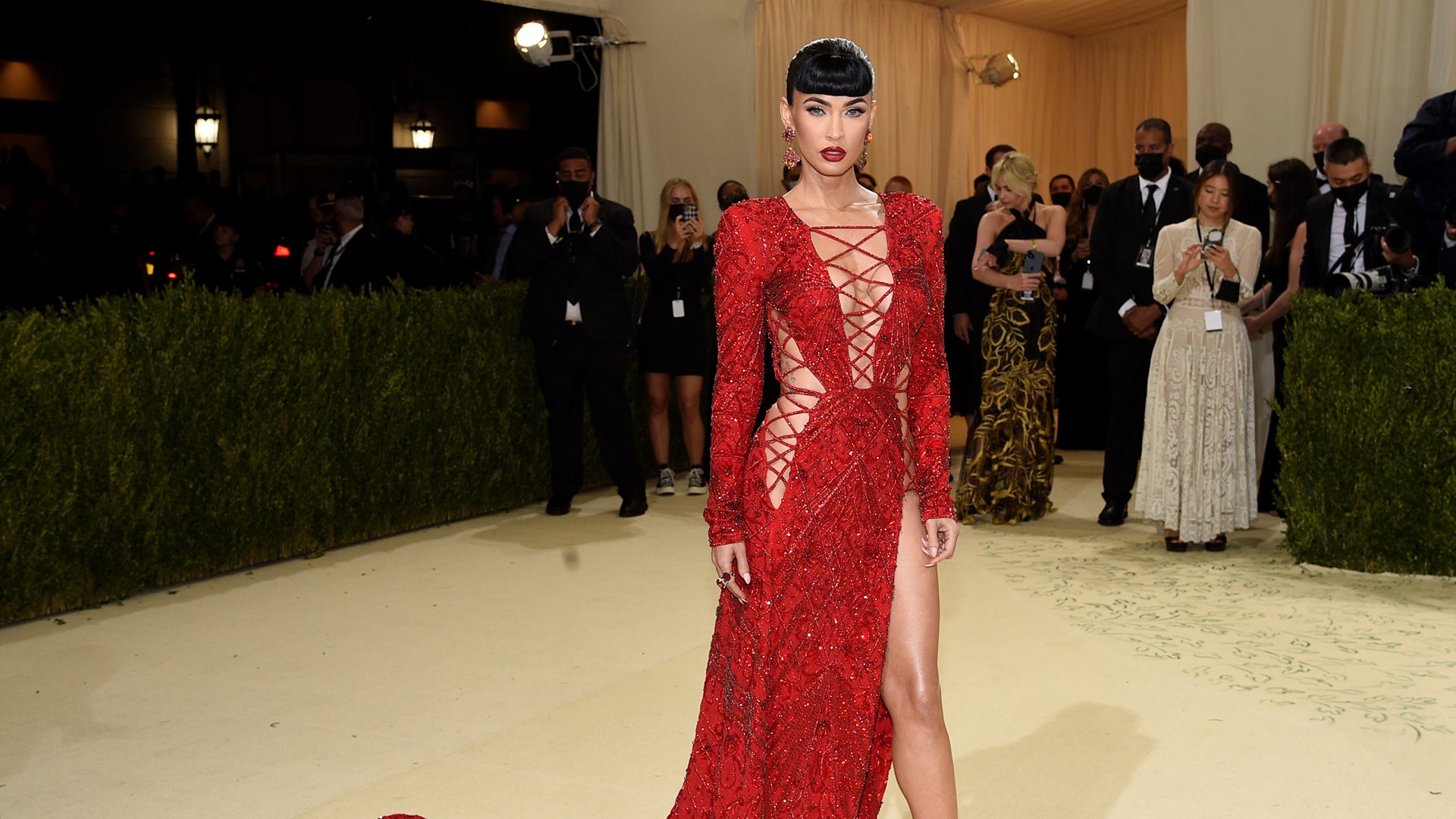 U.S. women’s soccer star Megan Rapinoe had just gotten her beverage at the bar at the edge of the room. She looked back at the throbbing crowd of celebrities packed into the center of the airy Petrie Court, where the Met Gala was holding its cocktail reception.

Even for a world-renowned athlete, one’s first Met Gala can be a little intimidating -- whoever you are, it seems, there’s always someone more famous (unless you’re Rihanna, maybe.) Rapinoe looked for a bit, and suddenly said “Another athlete! I’m going over.” She headed off in the direction of NBA star Russell Westbrook.

Rapinoe, who looked smashing in her bright red silk Sergio Hudson pantsuit with a royal blue blouse emblazoned with white stars -- she nailed Monday evening’s sartorial theme, American independence -- had just been noting the preponderance of big athletes at this particular gala. “We’ve infiltrated,” she said with a grin.

Credit: Invision
Megan Rapinoe attends The Metropolitan Museum of Art's Costume Institute benefit gala celebrating the opening of the "In America: A Lexicon of Fashion" exhibition on Monday, Sept. 13, 2021, in New York. (Photo by Evan Agostini/Invision/AP)

Indeed, in the room and nearby were a tournament's worth of tennis stars — Serena Williams, recent U.S. Open finalist Leylah Fernandez, gala host Naomi Osaka, Maria Sharapova, Venus Williams, Sloane Stephens, and U.S. Open champ Emma Raducanu, resplendent in Chanel. Westbrook wasn’t the only NBA luminary -- there was Steph Curry and his wife, Ayesha. Gymnasts were in the house, too: Simone Biles made a memorable entrance in an 88-pound embroidered gown with a huge train carried up the museum steps by six men. And gymnast Nia Dennis did an actual gymnastic routine on the steps, to the Brooklyn Marching Band.

But then, the museum was filled with screen and TV stars, too, and musicians, and luminaries of business and politics. One of the big surprises was actress and singer Hailee Steinfeld, who fans on Twitter declared almost unrecognizable as she traded in her brunette locks for a blonde look look with a pixie-inspired outfit.

Blonde pixie bombshell! An almost unrecognizable @HaileeSteinfeld had us doing a double take at the #MetGala. More pics: https://t.co/2BTMGDpIls pic.twitter.com/u9gIciNBo1

In fact, an evening that had been casually billed as a “mini” gala — with the full-size gala to return in May — hardly felt “mini” at all, with 400 guests instead of the usual 550 or so. The cocktail reception seemed as packed as always, the mingling just as energetic.

Also as energetic: the attention from the crowds outside, who packed themselves behind barricades across Fifth Avenue and a block away on Madison, too, several rows deep as arrivals began. At one point, fans had also swarmed outside the Petrie Court’s full-length windows, hoping for a glimpse of the stars, and forcing museum staff to quickly move screens in front of the windows to block their view.

Still, there were some reminders that this was no ordinary gala. The most obvious were masks, though few wore them during cocktails. Guests were also required not only to provide proof of vaccination, but also to take a rapid PCR test, administered by the museum either the day before or the day of the gala.

And many guests spoke of the greater importance of the occasion this time, as not merely fashion’s biggest party, which it is, but as a crucial shot in the arm for New York City, and a step toward a normal, vigorous life. Prominent New York chef and restaurateur Marcus Samuelsson had chosen a group of 10 chefs to provide a plant-based menu — a first for the gala — and spoke passionately of the need to bring back the restaurant industry, the fashion industry, Broadway theater and much more.

“This evening says to the rest of the world that we are back,” Samuelsson said.

The 10 chefs that contributed to the dinner were also at the gala. “Chefs don’t usually come to this,” said Nasim Alikhani, owner of a Persian restaurant, Sofreh, in Brooklyn. “We are in the kitchen.” To mark the special occasion, she wore a dress with a silk panel at the back with a satellite map of her home country, Iran.

Fernandez, the Canadian teenager who made a fairytale run to the finals of the U.S, Open just as she turned 19, also felt the evening was an important sign of the city bouncing back. It was Fernandez who had moved an entire arena, and countless fans at home, when she paid eloquent tribute to the city on the anniversary of the 9/11 attacks, in her runner-up speech.

It was after the final, Fernandez said at the cocktail reception, that her parents told her she'd been invited to the Met Gala. The invitation had come earlier in the week, but they hadn’t wanted to distract her.

“When they told me, I just had this huge smile on my face and I was so excited,” said Fernandez, who was wearing an elegant black-and-white Carolina Herrera cocktail dress. “I started laughing.” She again praised the city’s spirit. “Whenever I come here I feel electric, with this sense of energy,” she said.

Talk about spirit: Sitting on a bench in the reception was New York congresswoman Carolyn B. Maloney, taking a break after killing it on the red carpet (actually, beige) with her head-to-toe outfit calling for certification of the Equal Rights Amendment.

The 75-year-old congresswoman said the gala was a sign “to New York, and the rest of the country, of the vibrancy of the fashion industry."

Not to be outdone by fellow congresswoman Alexandria Ocasio-Cortez, who wore a white gown with the message “Tax the Rich” on the back, Maloney wore a full-length number in suffragette colors, with sashes reading “Equal rights for women.”

She also carried a tambourine that read “ERA YES.” It would have made a great purse, if it were closed, and Maloney said she was going to try to transform it into one.

“I’m into fashion with a purpose,” she said.