Among those being sued are some of the biggest names in guns. The government says the companies know their practices contribute to trafficking of guns to Mexico. 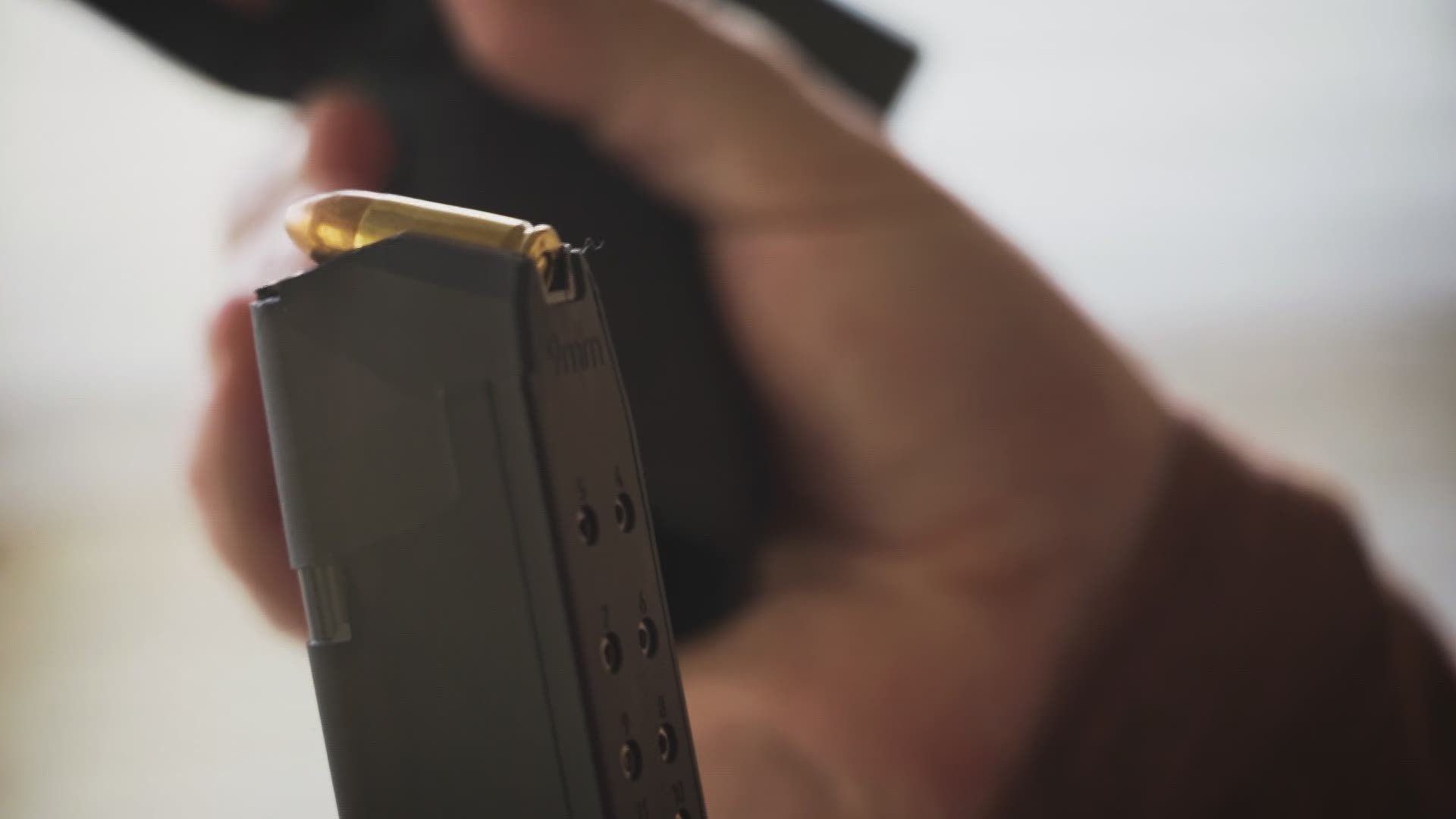 The unusual lawsuit was filed in U.S. federal court in Boston. Among those being sued are some of the biggest names in guns, including: Smith & Wesson Brands, Inc.; Barrett Firearms Manufacturing, Inc.; Beretta U.S.A. Corp.; Colt’s Manufacturing Company LLC, and Glock Inc. Another defendant is Interstate Arms, a Boston-area wholesaler that sells guns from all but one of the named manufacturers to dealers around the U.S.

The manufacturers did not immediately answer requests for comment.

The Mexican government argues that the companies know that their practices contribute to the trafficking of guns to Mexico and facilitate it. Mexico wants compensation for the havoc the guns have wrought in its country.

The Mexican government “brings this action to put an end to the massive damage that the Defendants cause by actively facilitating the unlawful trafficking of their guns to drug cartels and other criminals in Mexico,” the lawsuit said.

The government estimates that 70% of the weapons trafficked to Mexico come from the U.S., according to the Foreign Affairs Ministry. And that in 2019 alone, at least 17,000 homicides were linked to trafficked weapons.

Alejandro Celorio, legal advisor for the ministry, told reporters Wednesday that the damage caused by the trafficked guns would be equal to 1.7% to 2% of Mexico’s gross domestic product. The government will seek at least $10 billion in compensation, he said. Mexico's GDP last year was more than $1.2 trillion.

“We don’t do it to pressure the United States,” Celorio said. “We do it so there aren’t deaths in Mexico.”

Credit: AP
FILE - This Aug. 4, 2014 file photo shows the Beretta U.S.A. facility in Accokeek, Maryland. The Mexican government sued U.S. gun manufacturers and distributors, including some of the biggest names in guns like Beretta U.S.A. Corp, on Aug. 4, 2021 in U.S. federal court in Boston, arguing that their commercial practices have unleashed tremendous bloodshed in Mexico. (AP Photo, File)

Ebrard said the lawsuit was another piece of the government’s efforts against guns. “The priority is that we reduce homicides,” he said. “We aren’t looking to change American laws.”

Mexico did not seek the advice of the U.S. government on the matter, but advised the U.S. Embassy before filing the lawsuit.

Steve Shadowen, the lead attorney representing Mexico, said that in the early 2000s about 30 U.S. cities brought similar litigation against gun manufacturers arguing that they should be responsible for increased police, hospitalization and other costs associated with gun violence.

As some cities started winning, gun manufacturers went to Congress and got an immunity statute for the manufacturers. Shadowen said he believes that immunity doesn’t apply when the injury occurs outside the United States.

“The merits of the case are strongly in our favor and then we have to get around this immunity statute which we think we’re going to win," he said. "That statute just simply doesn’t apply. It only applies when you’re in the United States.”

He said he believes it is the first time a foreign government has sued the gun manufacturers.

The sale of firearms is severely restricted in Mexico and controlled by the Defense Department. But thousands of guns are smuggled into Mexico by the country’s powerful drug cartels.

There were more than 36,000 murders in Mexico last year, and the toll has remained stubbornly high despite President Andrés Manuel López Obrador's pledge to pacify the country. Mexico’s nationwide murder rate in 2020 remained unchanged at 29 per 100,000 inhabitants. By comparison, the U.S. homicide rate in 2019 was 5.8 per 100,000.

In August 2019, a gunmen killed 23 people in an El Paso Walmart, including some Mexican citizens. At that time, Foreign Affairs Secretary Marcelo Ebrard said the government would explore its legal options. The government said Wednesday that recent rulings in U.S. courts contributed to its decision to file the lawsuit.

It cited a decision in California allowing a lawsuit against Smith & Wesson to move forward, a lawsuit filed last week against Century Arms related to a 2019 shooting in Gilroy, California, and the $33 million settlement reached by Remington with some of the families whose children were killed in the Newtown, Connecticut, mass school shooting.