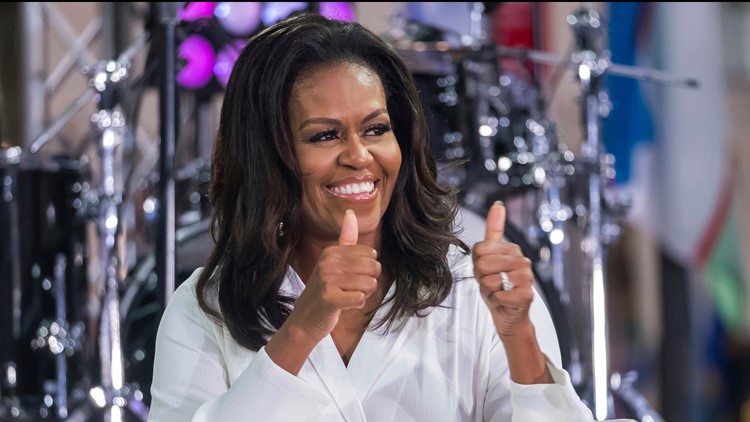 WASHINGTON — For the second year in a row, former first lady Michelle Obama has been named "most admired woman" in the world.

Obama has been placed in the spot from the results of the 2019 annual poll released Tuesday by Gallup, conducted between Dec. 2-15 by Gallup.

Michelle Obama was the only woman positioned on the list in double digits, with 10 percent, Gallup reported. Every year, going back to 1948, Gallup has polled Americans by asking them which man or woman anywhere in the world they admire the most.

The former first lady is also up for a Grammy award as well, after being nominated for the audio version of her best-selling memoir, "Becoming."

Her husband, former President Barack Obama, tied President Donald Trump this year for most admired man. This is Barack Obama's 12th time placed in the top spot on the list, and President Trump's first.

Michelle Obama was named world's most admired woman back in July as well, that time in an annual study by YouGov, which is an online research firm.