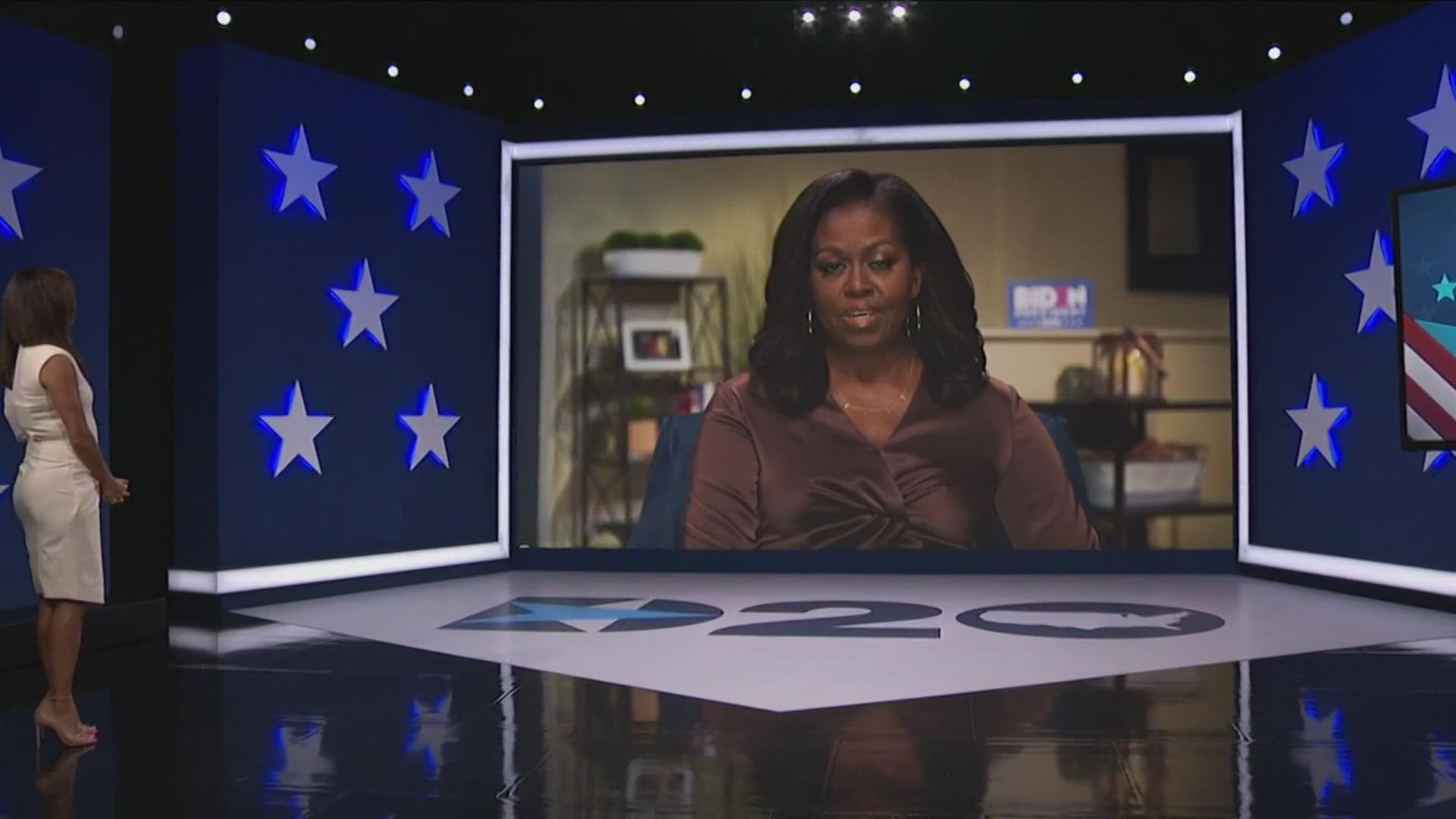 After four years of President Donald Trump, she came back to give it to them straight.

“If you think things cannot possibly get worse, trust me they can; and they will, if we don’t make a change in this election,” Mrs. Obama told her party in a blunt and emotional appeal that capped the first night of the Democrats' convention.

The former first lady outlined dire stakes for the election ahead, declaring President Donald Trump “in over his head" and the “wrong president for our country.” Warning of possible voter suppression, she told Americans they must vote for Joe Biden “in numbers that cannot be ignored" if they want to preserve the "most basic requirements for a functioning society.”

The scathing assessment was delivered in the last and longest speech in Democrats' experiment with a virtual convention in the coronavirus era, a spot Mrs. Obama earned through her overwhelming popularity in her party.

She delivered her remarks in a casual setting — a living room, with a Biden campaign sign on the mantle — and identified as much with the beleaguered voters of America as the lineup of politicians that preceded her in the program.

“You know I hate politics,” she said, before diving into a speech that appealed to both her longtime fans in the Democratic coalition and a broad audience she's drawn since leaving the White House and becoming a bestselling author. 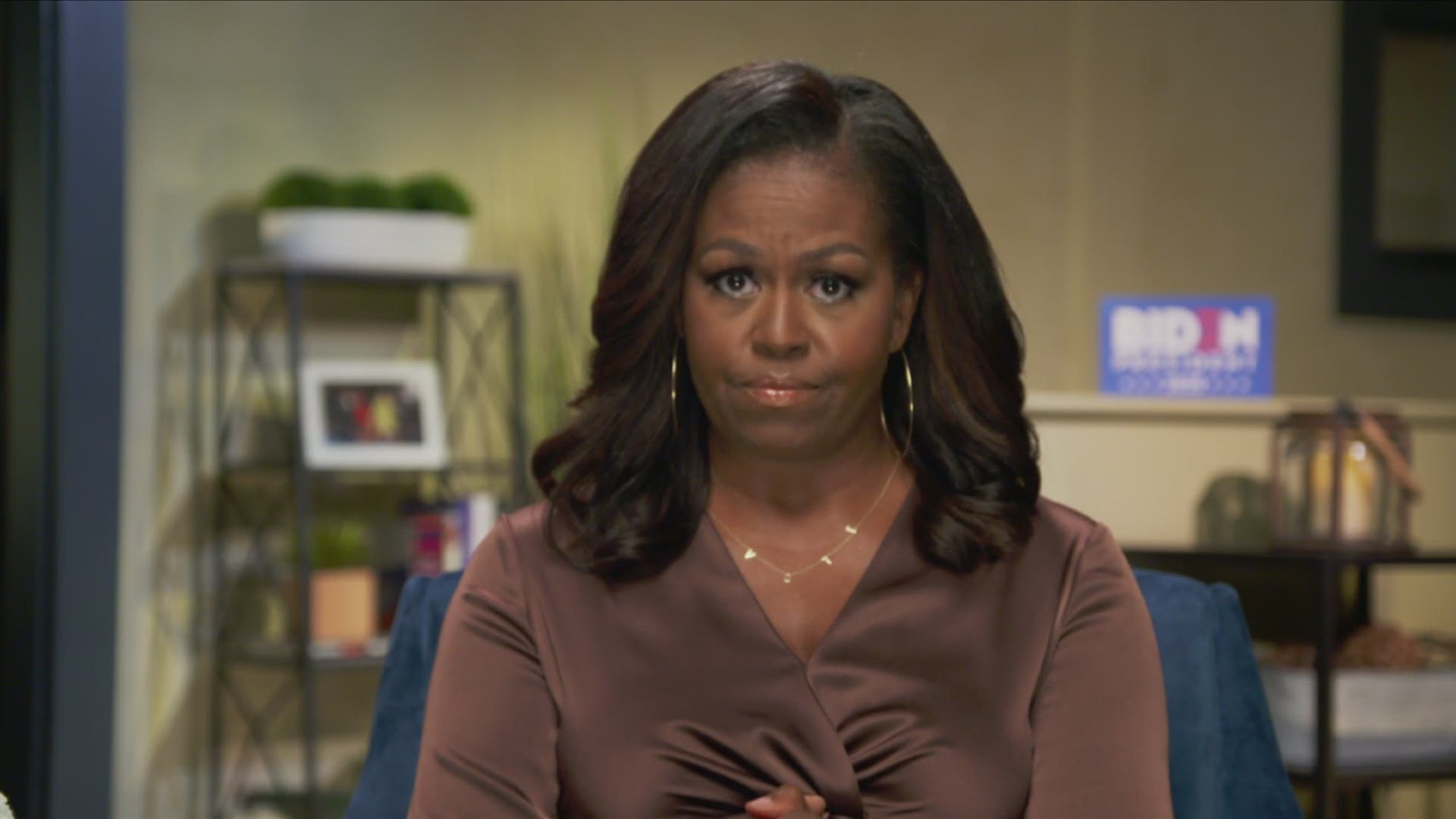 The president “has had more than enough time to prove that he can do the job, but he is clearly in over his head,” she said. “He cannot meet this moment.”

“It is what it is,” Mrs. Obama said — echoing a remark Trump made recently about the U.S. death toll from the coronavirus.

Citing the pandemic, the flagging economy, the political unrest that's broken out nationwide over systemic racism and what she described as America's lack of leadership on the world stage, Mrs. Obama said the nation is “underperforming not simply on matters of policy, but on matters of character.”

In contrast, Mrs. Obama said, Biden is a “profoundly decent man” who "knows what it takes to rescue an economy, beat back a pandemic and lead our country." She recounted how Biden has prevailed through the personal tragedy of losing his first wife, baby daughter and adult son and said Biden will "channel that same grit and passion to help us heal and guide us forward.”

Republican Donald Trump succeeded President Barack Obama, a Democrat, in 2017 and has tried to undo many of Obama's achievements on health care, the environment and foreign policy, among others. 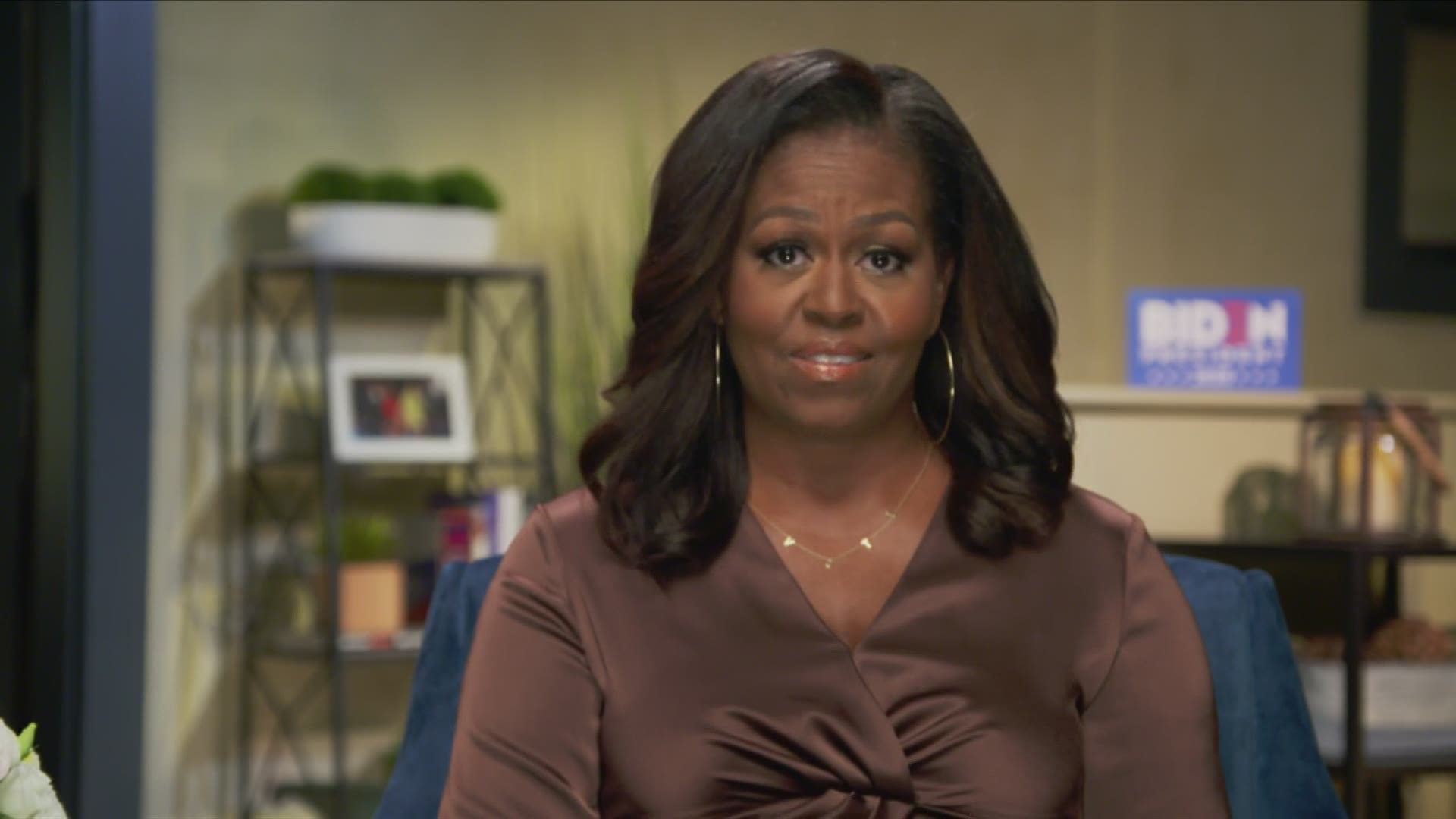 "Somebody please explain to Michelle Obama that Donald J. Trump would not be here, in the beautiful White House, if it weren’t for the job done by your husband, Barack Obama," the president tweeted.

....My Administration and I built the greatest economy in history, of any country, turned it off, saved millions of lives, and now am building an even greater economy than it was before. Jobs are flowing, NASDAQ is already at a record high, the rest to follow. Sit back & watch!

Mrs. Obama, who leads an effort to help register people to vote, spoke about the importance of voting in the Nov. 3 election, which will take place amid a pandemic that has killed more than 170,000 Americans and infected more than 5 million in the U.S.

Wearing a necklace that spelled out the word “Vote,” she noted Trump lost the popular vote but still won the White House, and “we’ve all been suffering the consequences.”

Her remarks came as debate rages in Washington about U.S. Postal Service changes that are delaying mail deliveries around the country, and amid legal battles in several states over access to mail-in ballots. Mrs. Obama issued a call to action to those who sat out the last election: Now is not the time to “withhold our votes in protest or play games,” she said.

“We have got to grab our comfortable shoes, put on our masks, pack a brown bag dinner and maybe breakfast too, because we’ve got to be willing to stand in line all night if we have to," she said.

In keeping with the virtual nature of the convention, Mrs. Obama's remarks were recorded before Biden's announcement last Tuesday that he had chosen California Sen. Kamala Harris as his running mate.

Her speech was the fourth Democratic convention address by Michelle Obama, who first introduced herself to the nation during her husband's groundbreaking campaign in 2008. She spoke again in 2012 to urge voters to give him a second term.

Michelle Obama returned to the convention stage in 2016, backing former first lady Hillary Clinton over Trump, who had spent years pushing the lie that Barack Obama was not born in the U.S. and was ineligible for the presidency.

She spoke of the code her family lives by: “Our motto is, when they go low, we go high."

This time Obama put an asterisk on that 2016 rallying cry.

"Let’s be clear: going high does not mean putting on a smile and saying nice things when confronted by viciousness and cruelty," she said. “Going high means taking the harder path.” 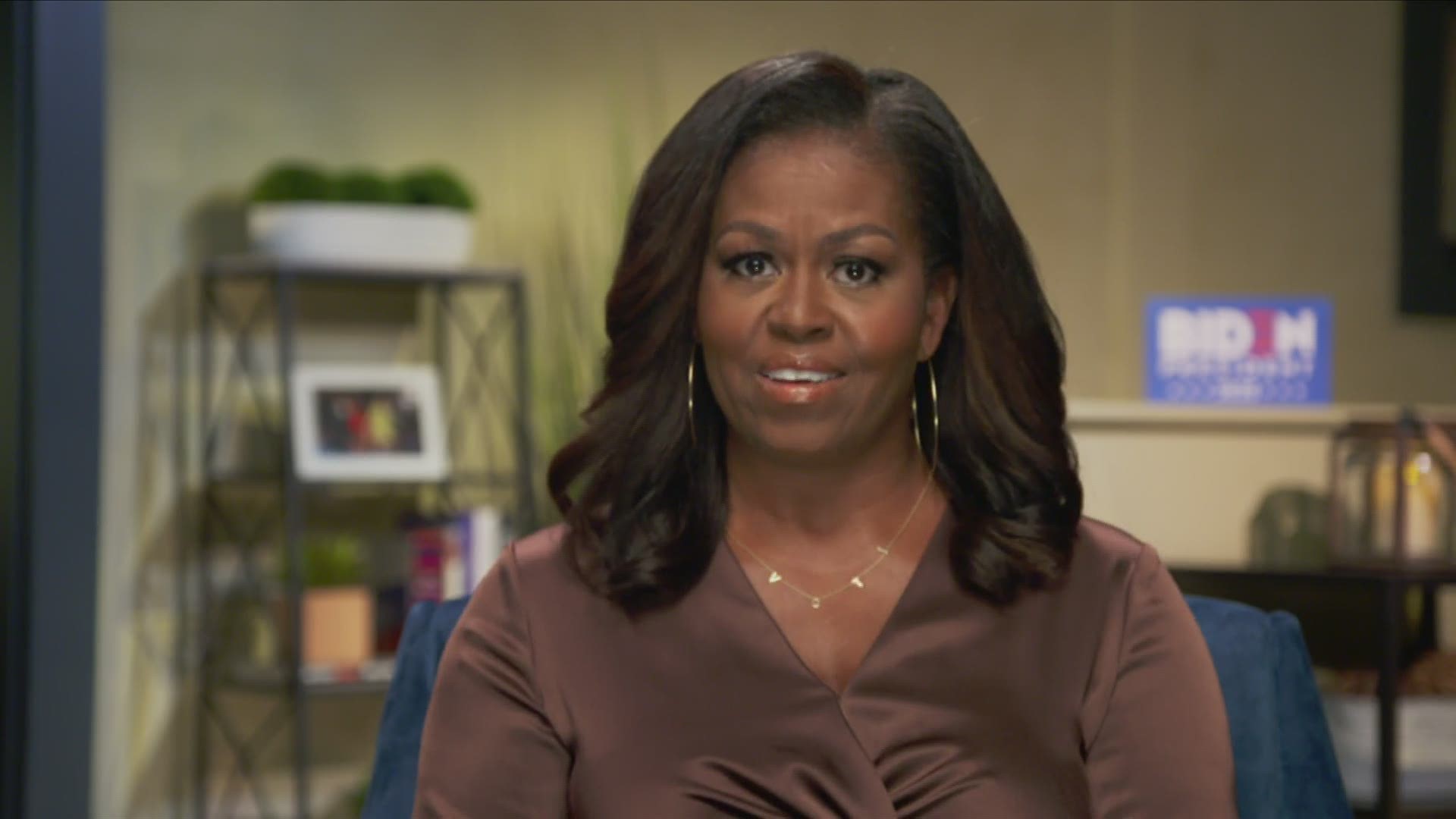