Georgia woman, mother of man arrested with zip ties at US Capitol arrested 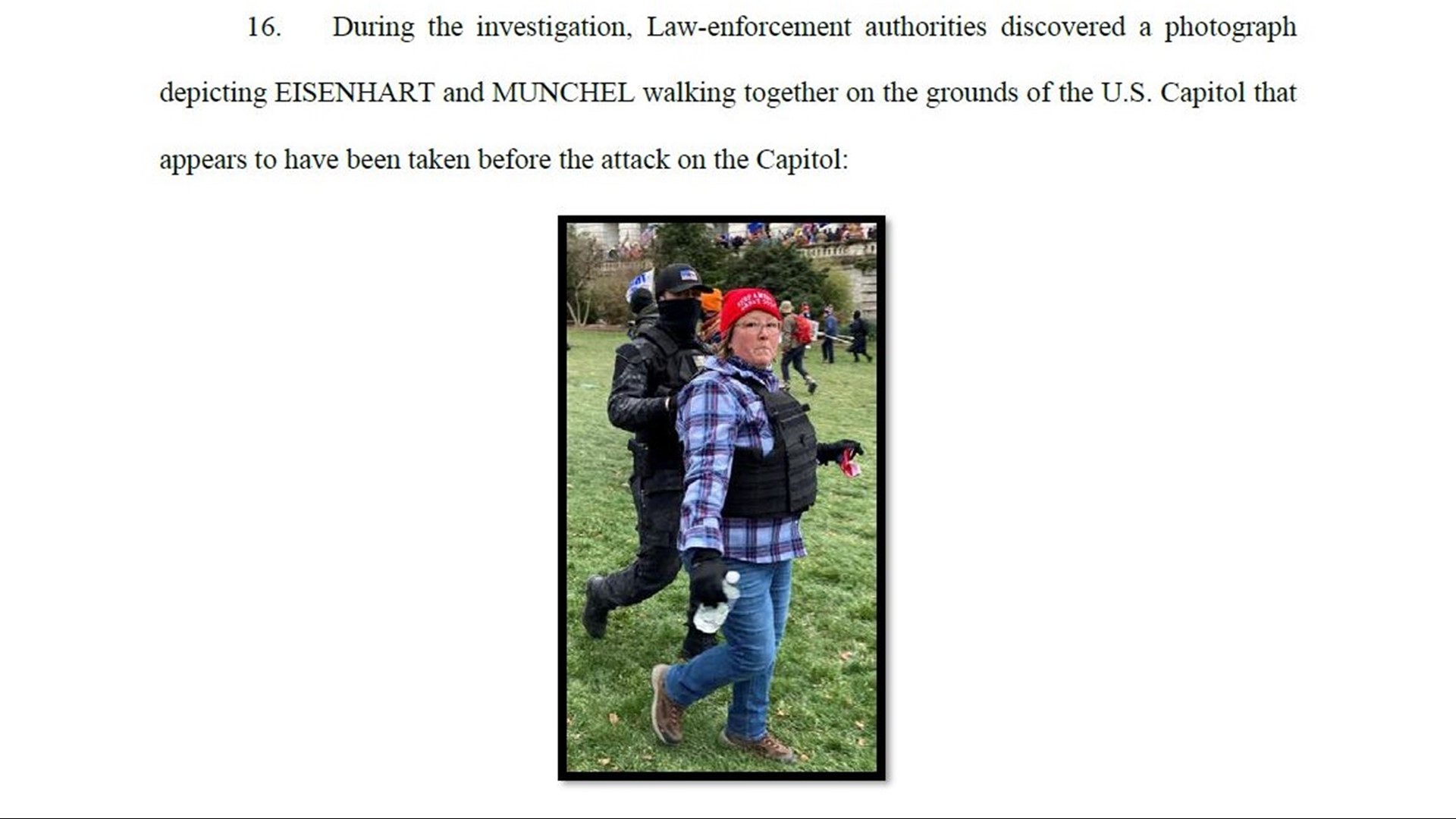 NASHVILLE, Tenn — Authorities now say the mother of a man with Georgia connections who made headlines as the "zip tie guy" during a riot at the U.S. Capitol has now been arrested.

The complaint with arrest warrants was assigned on Friday. A tweet by the U.S. Attorney's Office for the Middle District of Tennessee reveals that Eisenhart was taken into custody by FBI agents in Nashville on Saturday afternoon. Munchel had been arrested in the same city roughly a week earlier.

New documents suggest that there is probable cause to believe both Munchel and Eisenhart "knowingly and willfully conspiring with persons known and unknown" to violate the law.

The documents allege Eisenhart traveled to Washington with her son and that investigators have photos and video showing both at a hotel - and later at the Capitol as it was stormed. It also alleges that the two were standing near as a mob attacked officers guarding the Senate chambers.

The documents also allege the mother and son had flex cuffs in their hands and later entered the Senate chambers.

The complaint also includes excerpts from a story from The Times newspaper quoting Munchel as saying, "We wanted to show that we're willing to rise up, band together and fight if necessary. Same as our forefathers, who established this country in 1776."

Eisenhart, in the article, suggests they went in as "observers" but it also details statements suggesting otherwise.

"This country was founded on revolution...I'd rather die a 57-year-old woman than live under oppression," she is quoted as saying in court documents further referencing the story.

Meanwhile, the court documents suggest Munchel was encountered by law enforcement on Jan. 6 wearing black camouflage pants and a black holster containing a taser. Munchel had admitted to participating in the rally earlier in the day and said the stun gun was for self-protection.

Both mother and son also appear to have at least past connections to Georgia.

Furthermore, Fulton and DeKalb County court records show Munchel previously lived in the Dunwoody area and had faced misdemeanor charges in both counties.

This is a developing story. Check back for updates.

Capitol Riot Arrest-Lisa Eisenhart was taken into custody by FBI Agents in Nashville a short time ago on charges relating to the U.S. Capitol riots. Charges include conspiring with her son, Eric Munchel to violate federal statutes. pic.twitter.com/lgjqrYN8j2