NCAA to allow athletes to profit from use of their name, likeness

The NCAA Board of Governors voted unanimously to allow athletes to "benefit from the use of their name, image and likeness.' 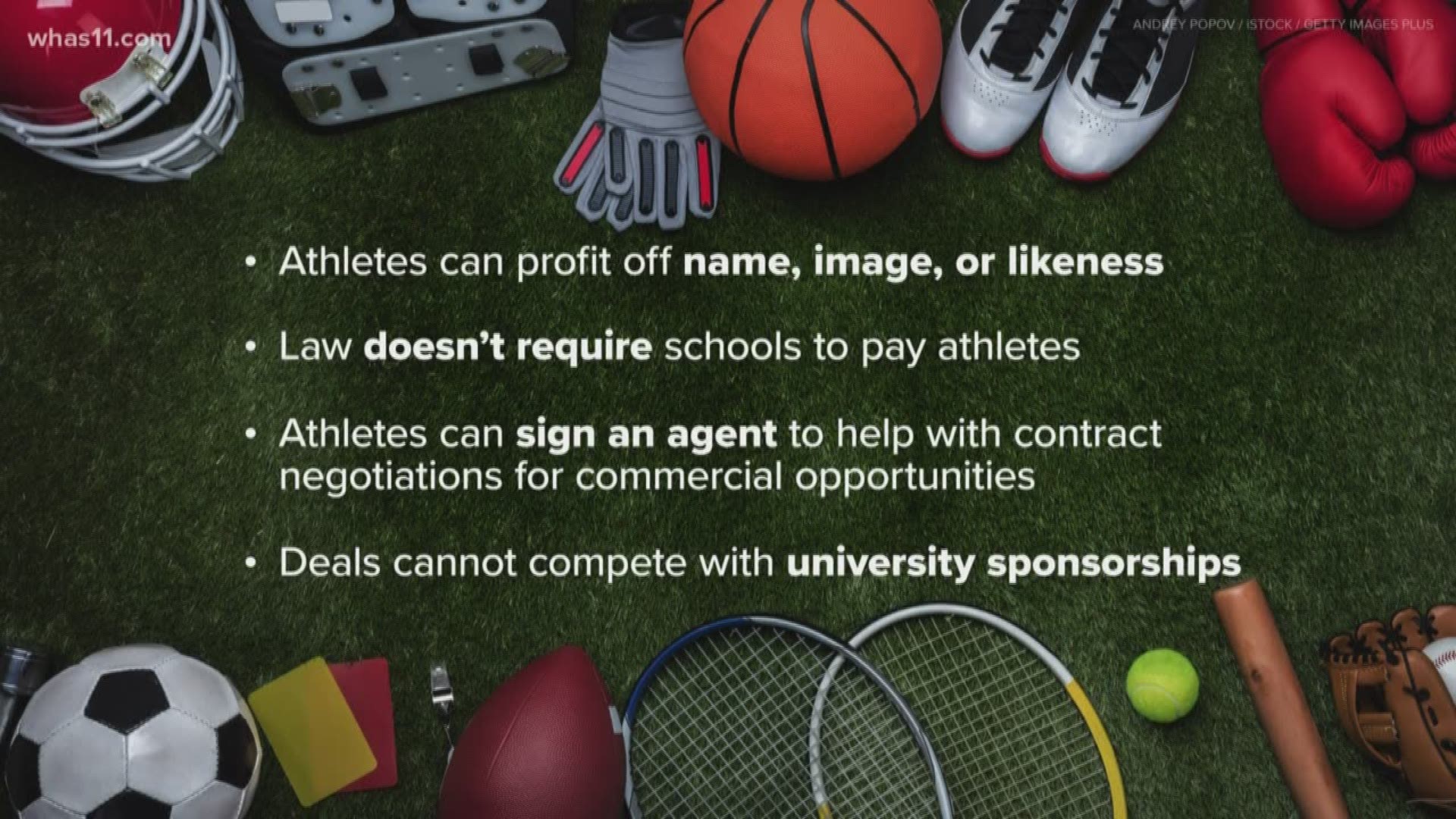 Editor's note: The video above relates specifically to a California law which will prevent athletes from being kicked off their college team for signing endorsement deals.

The NCAA Board of Governors has taken the first step toward allowing athletes to cash in on their fame. The board voted unanimously on Tuesday to clear the way for the amateur athletes to "benefit from the use of their name, image and likeness."

The vote came during a meeting at Emory University in Atlanta.

In a news release, board chair Michael V. Drake said the board realized that it "must embrace change to provide the best possible experience for college athletes."

NCAA rules have long barred players from hiring agents and the association has steadfastly refused to allow players to be paid by their schools, with some exceptions. A California law set to take effect in 2023 would prevent athletes from losing their scholarships or being kicked off their teams for signing endorsement deals. Other states could put laws in place earlier than that.

The NCAA says it represents some 450,000 athletes nationwide.