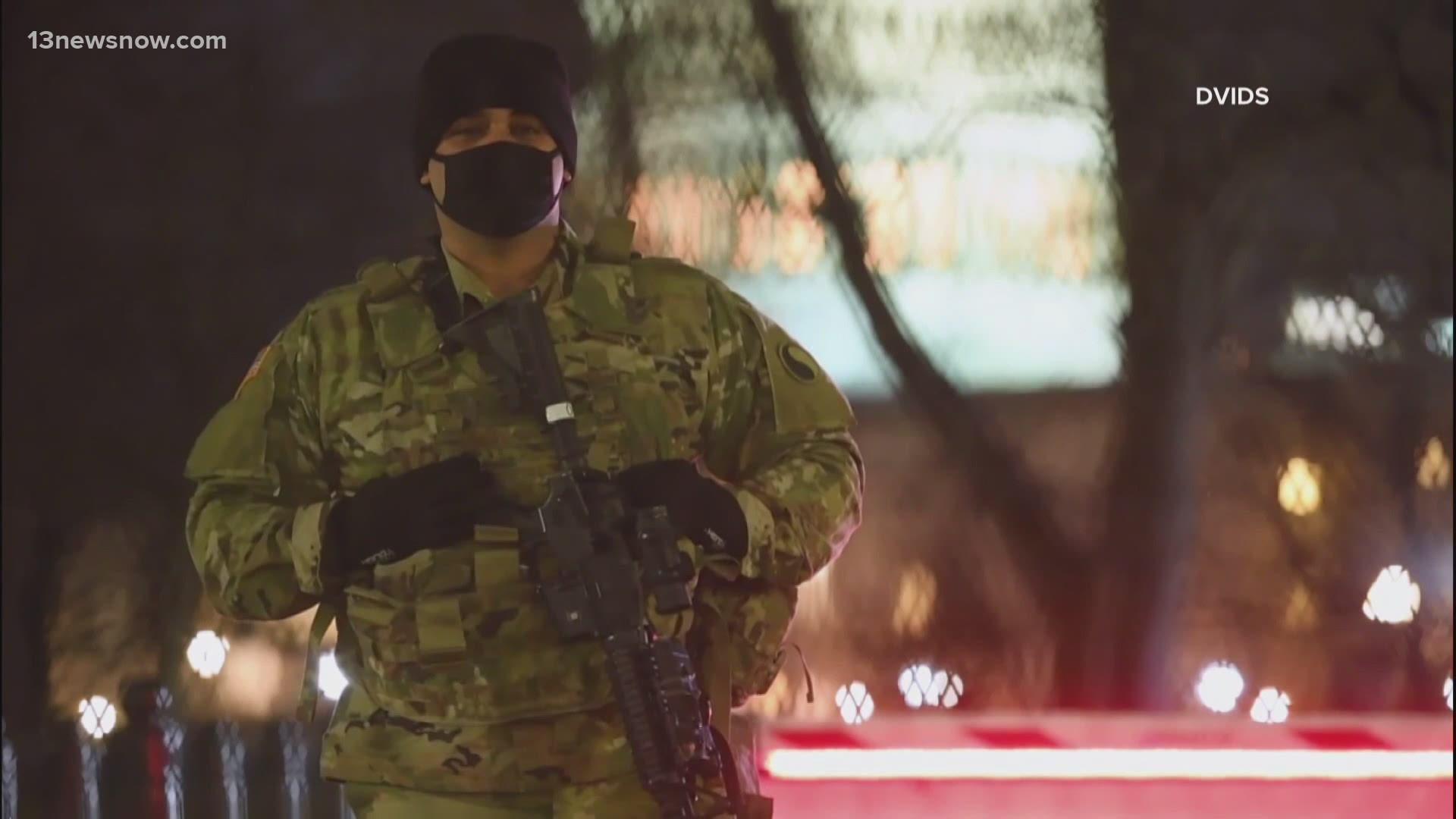 "It is very troubling," he said.

For the second time this calendar year, a Capitol Police officer was killed, after someone with a grievance decided to attack the Capitol.

"I do want everyone to be safe," said Kaine. "I want the Capitol Police, the [National] Guardsmen who are still there to be safe. And so, we're going to have to analyze security procedures, the level of personnel that we need, and new protocols to be safe."

When insurrectionists breached the Capitol itself on January 6, that was the first time such a thing had transpired since the War of 1812.

More than 25,000 National Guard troops were dispatched to the Capitol grounds for President Joe Biden's inauguration. Fencing was placed around the Capitol's four-mile perimeter.

After a time, voices from both sides of the aisle called for a reduction in defenses.

But now, that this latest attack has happened, it raises the question: will the Capitol ever truly be safe?

Kaine says it's a fine balance between security and liberty.

"I don't like fences and razor wire," he said. "But nevertheless, we don't want to have our Capitol Police and others, members of Congress under a perpetual security threat. But we need to protect our people."

The United States Capitol Police union is urging Congress to ramp up security around the Capitol.

As of right now, the plan is for some 2,300 National Guard troops to remain stationed at the Capitol until at least May 23.