Video shows officers yelling, 'Police! Let me see your hands!' before realizing the burglar had no hands. 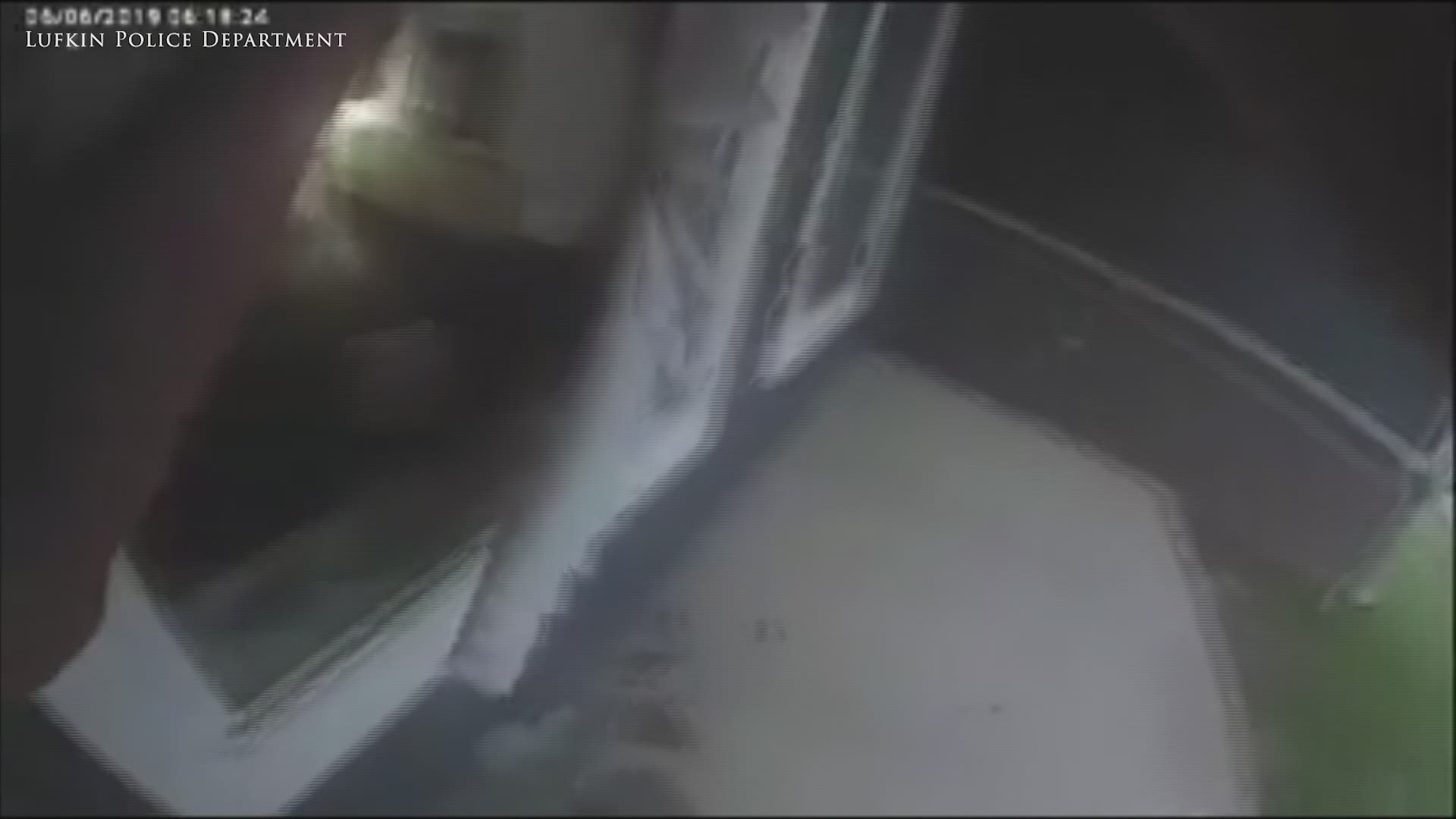 LUFKIN, Texas — Police who surrounded a house in eastern Texas because they thought they had a burglary in progress found a deer instead.

The homeowner called Lufkin police early Thursday after she heard glass breaking. The woman hid in a closet and realized she had left her weapon in the kitchen. Officers were worried it could end up in the hands of the suspect.

Video posted on Facebook shows officers entering the home, yelling, "Police! Let me see your hands!" Police say as the officers rounded a corner, they came "face to face with one very frightened doe."

The officers used chairs to shoo the deer out the door.