He wasn't on the debate stage, but President Ronald Reagan's son became a trending topic during Tuesday's Democratic debate. 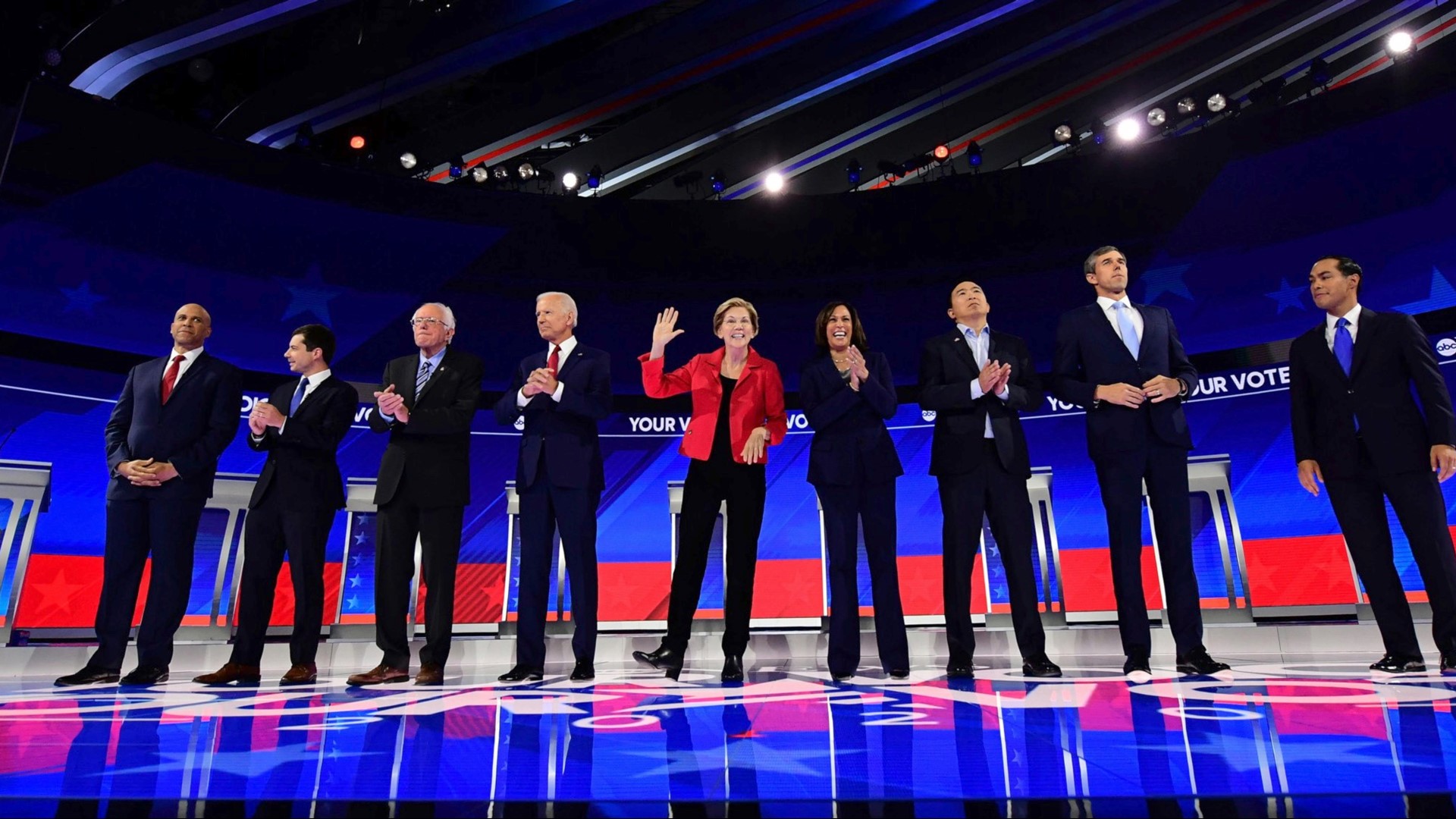 He wasn't among the 12 candidates on the stage in Ohio, but his appearance in a commercial promoting atheism clearly caught folks off guard.

In the commercial, Reagan promotes the Freedom from Religion Foundation, a non-profit organization advocating for atheists and the separation of church and state.

"Hi, I'm Ron Reagan, an unabashed atheist, and I'm alarmed by the intrusion of religion into our secular government," Reagan says to begin in the ad.

The ad itself isn't new, as the foundation's press release notes its been around since at least 2014, but how Reagan ends the ad is certainly attention grabbing.

With the spot airing in a national slot, Ron Reagan quickly became the top trending search on Google, according to Google Trends.

According to the FFRF, ABC refused to air the ad during the Sept. 12 Democratic debate and other networks have turned them down, including CBS and NBC, since 2014.

CNN plans to air the ad twice during the Oct. 15 CNN/New York Times debate and it was scheduled to air again several times on Wednesday evening.

The ad received lots of reactions on social media with some people feeling blindsided, including Omarosa, who appeared on "The Apprentice" with President Donald Trump then joined his administration.

Some conservatives shared the ad to criticize Democrats.