Former Ohio Gov. John Kasich is one of several former Republican officials who made remarks during the first night of the Democrats' national convention. 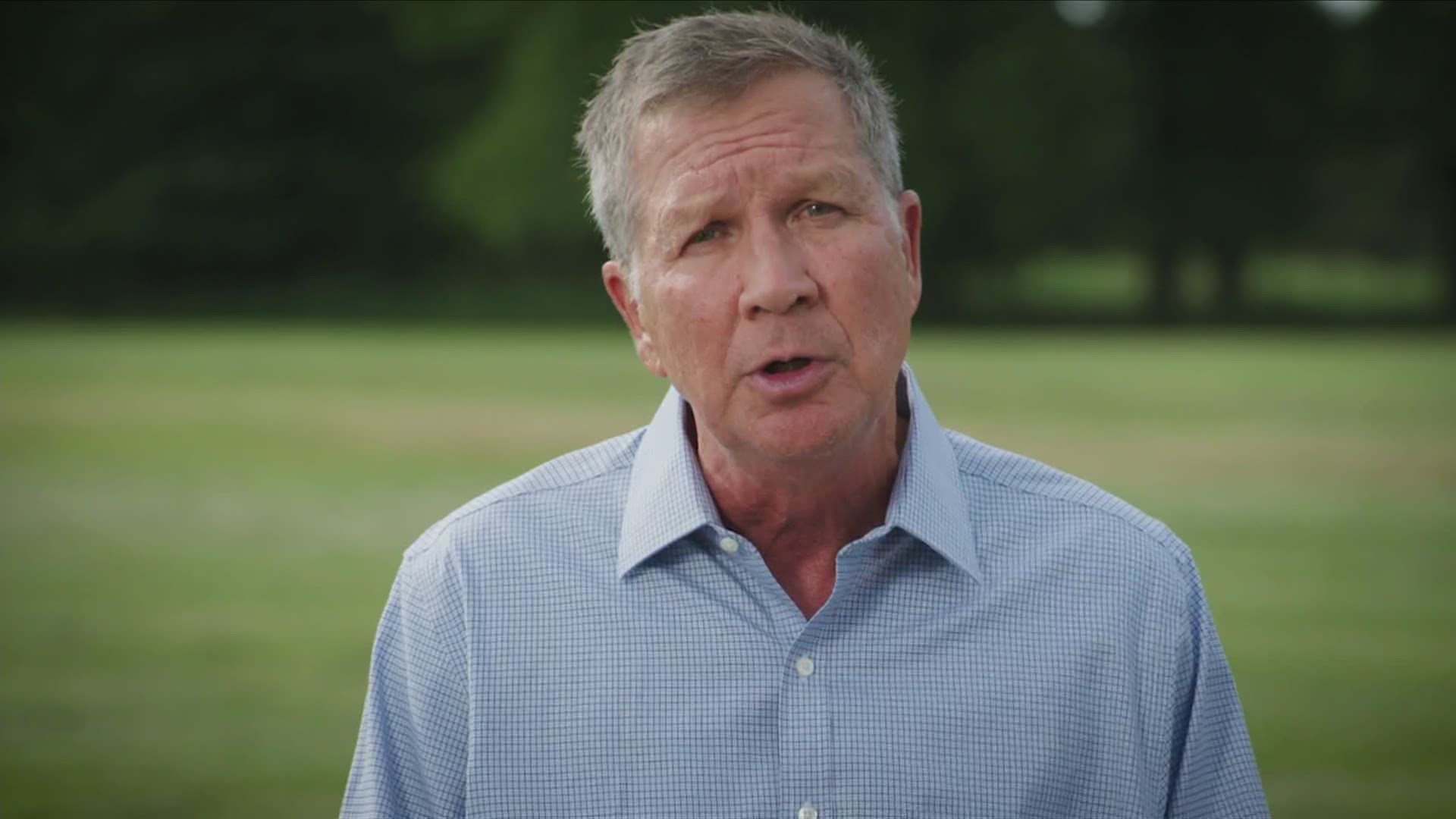 Republican John Kasich says it's time to “take off our partisan hats and put our nation first.”

The former Ohio governor appeared at the Democratic National Convention on Monday in a show of bipartisanship rarely seen in party conventions. Kasich ran for president four years ago but lost the GOP nomination to Donald Trump.

Kasich told Republicans and independents wary of supporting a Democrat not to worry that Joe Biden would take a “sharp left and leave them behind” because Biden is a reasonable person who can’t be pushed around. He admitted there are places where the two disagree.

“But that’s OK, because that’s America,” he said.

RELATED: Bernie Sanders to urge his supporters to vote for Joe Biden in DNC speech

He crafted the election as a crossroads for the nation, saying the last four years have led to dysfunction and increasing vitriol between Americans.

Kasich left the governorship in 2018. He previously served in Congress and used to have his own show on Fox News in the early 2000s.

Credit: AP
FILE - In this Dec. 4, 2018, then Ohio Gov. John Kasich speaks at The City Club of Cleveland, in Cleveland. (AP Photo/Tony Dejak)