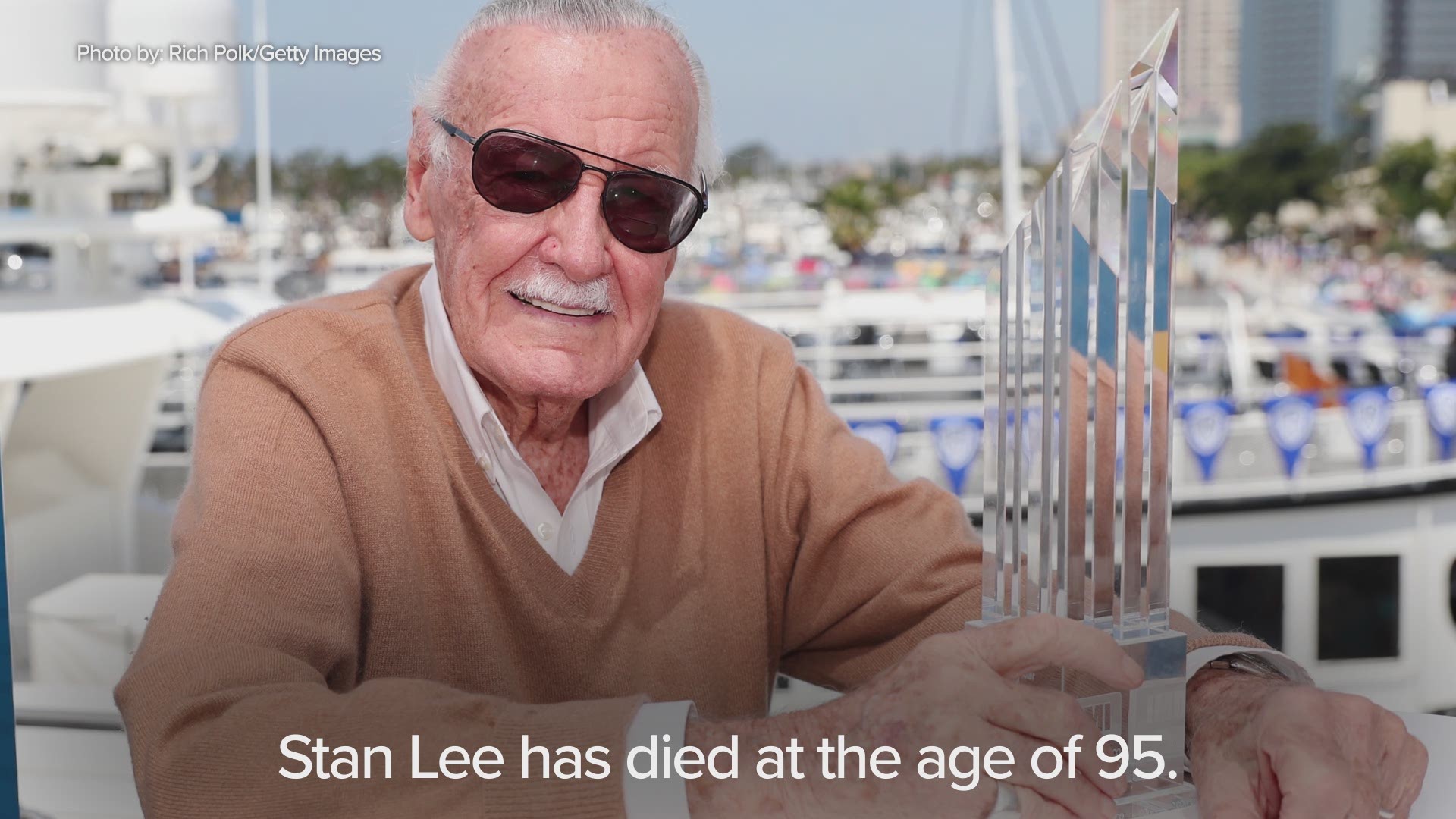 Stan Lee, the cultural icon responsible for Marvel comics, has died at the age of 95, an attorney for Stan Lee's daughter has confirmed to the Associated Press.

An ambulance was rushed to Lee’s home in Hollywood Hills early Monday morning. He was transported to Cedars-Sinai Medical center, where he died, according to Kirk Schenck, an attorney for Lee's daughter, J.C.

Lee, a New York city native, was born Stanley Martin Lieber in 1922. Marvel started out in 1939 as Timely Publications, and was also known as Atlas Comics. The company was branded as Marvel in 1961 with the launch of the Fantastic Four comics by Lee and Jack Kirby. He later went on to create or co-create several well-known characters like Spider-Man, Black Panther, the Incredible Hulk, X-Men, Iron Man, and The Avengers.

From the 1970s (when he became publisher) until the ’90s, Lee was the face of Marvel and a frequent staple at comic and pop-culture conventions, entertaining fans and “true believers” with his stories and signature catchphrase “Excelsior!” He created his own POW! Entertainment in 2001 to develop film, TV and comic properties, but always stayed connected to his original superhero roots as geek culture rose in Hollywood: As an executive producer, Lee had humorous cameos in nearly every Marvel movie going back to Bryan Singer’s "X-Men" in 2000.

PHOTOS: Stan Lee throughout the years

Many of his characters have been adapted into hugely successful blockbuster films.Recent projects he helped make possible range from the films "Black Panther" and "Doctor Strange" to such TV series as "Agents of S.H.I.E.L.D" and "Guardians of the Galaxy." Lee was known for making cameos in nearly every film based on a Marvel character, starting with Bryan Singer's X-Men in 2000.

Lee's characters were praised for being flawed. The heroes were set apart from virtuous do-gooders such as Superman, a character from rival company DC comics.

The Fantastic Four fought with each other. Spider-Man was goaded into superhero work by his alter ego, Peter Parker, who suffered from unrequited crushes, money problems and dandruff. The Silver Surfer, an alien doomed to wander Earth's atmosphere, waxed about the woeful nature of man. The Hulk was marked by self-loathing. Daredevil was blind and Iron Man had a weak heart.

"The beauty of Stan Lee's characters is that they were characters first and superheroes next," Jeff Kline, executive producer of the "Men in Black" animated television series, told The Blade of Toledo, Ohio, in 1998.

Lee has had suffered from health issues in the past. In 2012, he underwent an operation to insert a pacemaker and canceled planned appearances at several conventions. in 2018, the Los Angeles Police Department revealed that they were investigating reports of elder abuse against Lee.

Lee served in World War II, where his official US Army title was "Playright." His official Twitter account posted a photo of Lee during the war Sunday in honor of Veterans Day.

Thank you to all of America's veterans for your service. Fun fact: Stan’s official US Army title during WW2 was ‘Playwright.’ #VeteransDay pic.twitter.com/limi6CWzsL

Ryan Reynolds, who plays the Marvel character Deadpool in the film series of the same name, tweeted his condolences, thanking Lee for all that he'd done.

Damn... RIP Stan. Thanks for everything. pic.twitter.com/TMAaDJSOhh

Netflix US also thanked Lee in a tweet featuring Lee and actor Tobey Maguire in Spider-Man.

Thanks for being our hero, Stan. pic.twitter.com/HZlUeZW87s

The Associated Press and USA Today contributed to this report.