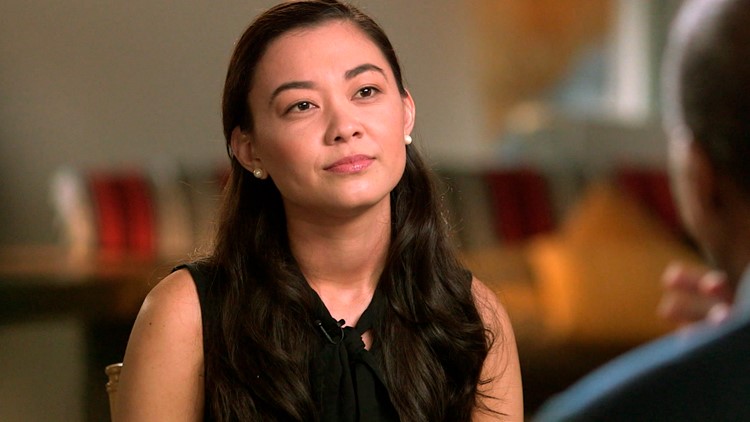 Photo by: AP
This image released by CBS shows Chanel Miller during an interview on "60 Minutes," airing on Sept. 22. Miller, who read a searing statement at the sentencing of the college swimmer who sexually assaulted her at Stanford University, has revealed her identity.

SAN FRANCISCO — The woman who read a searing statement at the sentencing of the college swimmer who sexually assaulted her at Stanford University— causing a public outcry that led to the judge in the case being recalled— has revealed her identity.

For years, Chanel Miller was known in legal proceedings as "Emily Doe," the woman assaulted while unconscious by Brock Turner outside an on-campus fraternity house. She identifies herself in a memoir, "Know My Name," scheduled to be released Sept. 24.

The Associated Press does not usually identify victims of sex crimes, but Miller has identified herself. CBS will air an interview with her Sept. 22, and the New York Times published a story about the book Wednesday.

Miller's author page on Penguin Random House's website describes her as a San Francisco resident and a writer and artist with a degree in literature from the University of California, Santa Barbara.

A jury found Turner guilty of assaulting Miller while she was incapacitated by alcohol in January 2015. The emotional victim impact statement Miller read at his sentencing went viral, serving as a rallying cry for victims of sexual abuse.

In it, she detailed how the assault and the aftermath affected her life.

This image released by CBS shows Chanel Miller during an interview on "60 Minutes," airing on Sept. 22. Miller, who read a searing statement at the sentencing of the college swimmer who sexually assaulted her at Stanford University, has revealed her identity.
AP

Many people were enraged when Turner was sentenced to six months in jail in 2016 after his conviction for felony sexual assault, more than a year before the #MeToo movement took off.

Judge Aaron Persky, who imposed the sentence, was recalled by voters in 2018, the first judge to be recalled in California since 1932.

"When people read her book, they will be impressed with her. They will be convinced that Judge Persky and Stanford University behaved very badly," said Michele Dauber, a Stanford law professor who launched the recall campaign.

"Many victims of sexual violence are subjected to the same terrible treatment by courts and universities that Ms. Miller experienced," she said.

To critics, Persky embodied an outdated judicial system that treated sexual assault too lightly and seemed overly concerned with the male attacker, in this case an athlete with a budding career.