Starbucks says it sees better times ahead as stores reopen

Starbucks President and CEO Kevin Johnson said the virus is accelerating Starbucks' move to pickup-only stores, where customers can grab a mobile order and go. 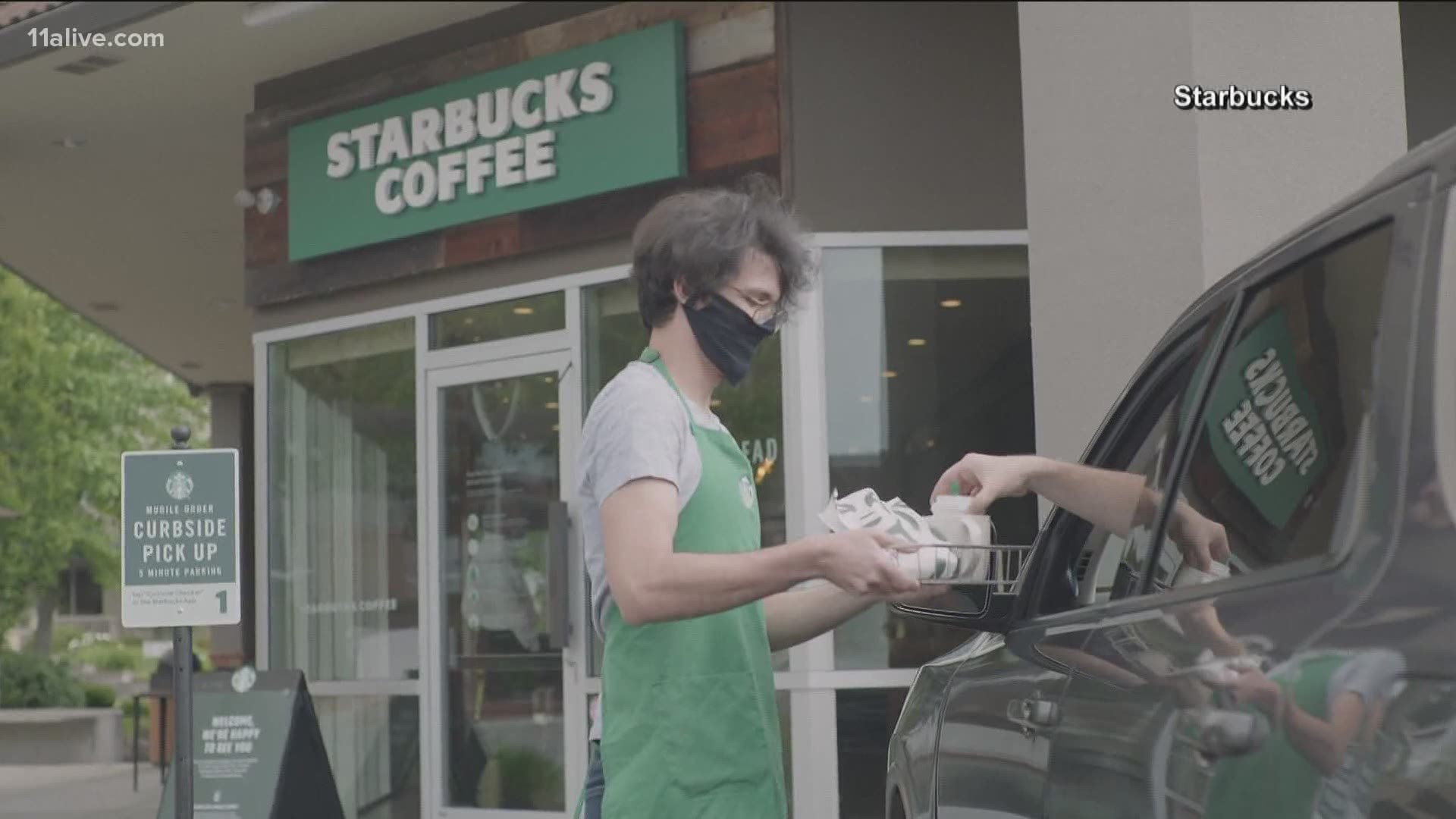 Starbucks' revenue shrank 38% in its most recent quarter but the coffee giant says it’s recovering faster than expected as its stores reopen from coronavirus lockdowns.

The Seattle-based company said Tuesday that it expects coronavirus-related losses to ease through the rest of this year.

“We believe the worst is behind us,” Chief Financial Officer Patrick Grismer said.

Starbucks said 97% of its company-operated stores around the world are now open, including 99% of stores in China and 96% in the U.S. However, some franchised locations remain closed, especially at airports and on college campuses.

The company ended its fiscal third quarter on June 28 with 32,180 stores; a little less than half of those are in the U.S.

Starbucks President and CEO Kevin Johnson said quick pivots have helped increase sales. In the U.S. — where 70% of its stores are still offering no interior seating — the company introduced curbside service. It proved so popular that by the end of September as many as 1,000 locations will offer curbside service.

Similarly, Starbucks says it believes the company's same-store sales in China could recover by the end of its fiscal first quarter in December. Starbucks' China same-store sales were down 19% in the third quarter.

Starbucks said it expects global same-store sales declines between 12% and 17% for its fiscal fourth quarter and the full year.

RELATED: US consumer spending up 5.6%, but coronavirus could stall gains

RELATED: US invests another $2.1 billion into a potential COVID-19 vaccine

Johnson said the virus is accelerating Starbucks' move to pickup-only stores, where customers can grab a mobile order and go. The company is planning to open 50 of those stores in U.S. cities over the next 12 to 18 months and several hundred over three to five years.

The stores will be placed within a three- to five-minute walk of more traditional Starbucks cafes, so customers will still have an option if they want to linger. Similar pickup stores — dubbed Starbucks Now — are opening in China.

“I believe this is one of those rare opportunities to move aggressively and further differentiate Starbucks from our competition," Johnson said.

The company said Tuesday that revenue in its fiscal third quarter plummeted to $4.22 billion from $6.82 billion. That was still ahead of Wall Street’s forecast of $4 billion, according to analysts polled by FactSet.

Global same-store sales were down 40% for the April-June period, beating analysts’ forecast of a 42% drop.

Starbucks reported a net loss of $678 million for the third quarter, down from a $1.4 billion profit a year ago. Adjusted for one-time items, the company lost 46 cents per share. That was far better than the 59-cent loss analysts forecast.

Starbucks estimates it lost $3.1 billion in sales due to disruption from the coronavirus. The company said it spent $350 million during the third quarter on virus-related costs, including temporary premium pay for employees.

Credit: AP
This June 26, 2019, photo shows a the Starbucks sign outside a Starbucks coffee shop in downtown Pittsburgh.