Daniels describes new details about her alleged sexual encounter with Trump in 2006, calling it the 'worst 90 seconds of my life.' Trump has denied the affair. 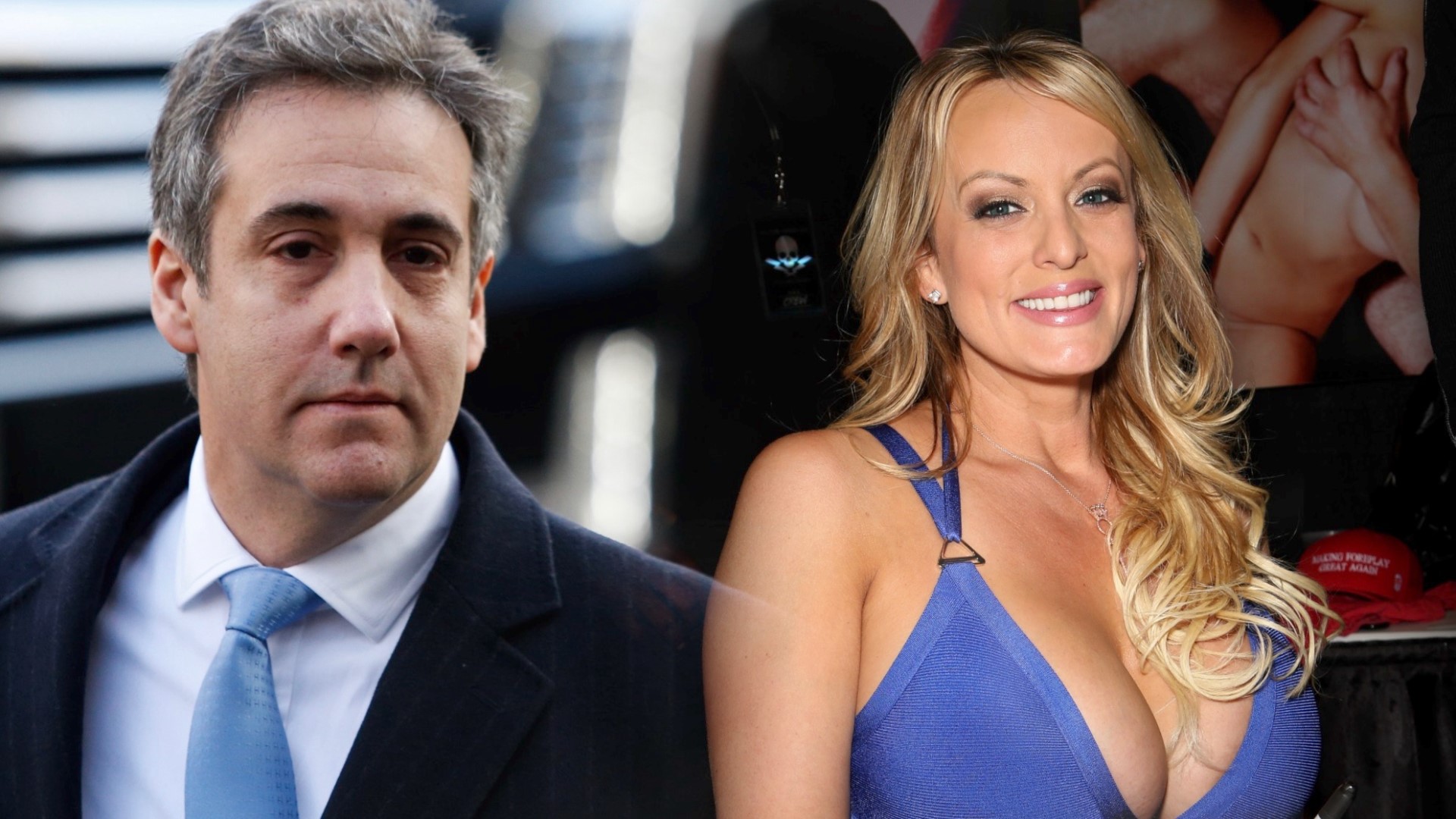 Now, as one of many of the former president's insiders-turned-critics, Cohen is literally broadcasting Daniels' story — including intimate new details of her alleged sexual encounter with Trump — in a discussion ranging from shame and scandal to a haunted house in New Orleans.

Seeking to bury the hatchet, Cohen interviews Daniels in the latest episode of his podcast, “Mea Culpa,” in which the two commiserate over life-altering experiences with Trump and his recent departure from office.

“My battle is just now starting,” Daniels tells Cohen in their first ever conversation, referring to litigation she said had been in a holding pattern before Trump left office. “People are really upset, and they’re just going to get more pissed off at me.”

Cohen, in keeping with the title of his program, apologizes for “the needless pain" he put Daniels through when he arranged a $130,000 payment during the 2016 presidential campaign to keep her quiet about an alleged dalliance with Trump a decade earlier. Trump has denied the affair.

“Both of our stories will be forever linked with Donald Trump, but also with one another,” Cohen tells her. “Thanks for giving me a second chance.”

Federal prosecutors charged Cohen with skirting campaign contribution rules by arranging the hush-money payment to Daniels and a similar payment to Playboy model Karen McDougal. He pleaded guilty to those counts — as well as lying to Congress and tax evasion — and was sentenced to three years in federal prison.

Cohen has been producing his podcast from his Manhattan apartment, where he is serving the remainder of his sentence after he was released for a second time in July as part of an attempt to slow the spread of COVID-19 in federal prisons. The podcast is distributed by LiveXLive’s PodcastOne and produced by Audio Up.

Cohen and Daniels are united not only in infamy but deep regret over Trump. Despite the publicity boom — a windfall that included a bestselling book — Daniels said she longs for life before her allegations launched her into the zeitgeist.

RELATED: Cohen seeks to dismantle Trump legacy, one podcast at a time

“I got to go places I would never get to go,” she tells Cohen. "But overall, if I could just wave a magic wand and make everything go back to the way it was before, I would absolutely do that.”

Daniels said the waning weeks of Trump's presidency felt like the “eye of the storm.” The death threats — and headlines — had subsided as she remained in a sort of legal limbo.

But now she's braced for a “second wave” of controversy, including a defamation lawsuit she brought against Trump that she has taken all the way to the U.S. Supreme Court.

Daniels sued Trump for defamation after the then-president commented on Twitter that a man she said had threatened her was “nonexistent.” She appealed a lower court's decision to dismiss the case and an order to pay Trump nearly $300,000 in attorneys' fees.

The lawsuit is among a minefield of legal issues Trump faces after leaving the White House, including state investigations in New York of his business dealings.

“I’ve already lost everything,” she said, referring to her prior way of life, “so I’m taking it all the way.”

Daniels also remains a witness in a federal criminal case against her own former attorney, Michael Avenatti, who is charged with cheating her out of $300,000 in proceeds from her 2018 book, “Full Disclosure.” Avenatti has pleaded not guilty.

The hourlong interview also includes graphic descriptions of Daniels' 2006 sexual encounter with Trump — details she said supports the veracity of her claims. She calls the encounter “the worst 90 seconds of my life, for sure, because it just made me hate myself.”

While she did not feel “physically threatened,” she said she had not expected to have sex with Trump and, at one point, thought about how to escape the room, thinking “I could definitely outrun him.”

She repressed details of the rendezvous for years, she said, adding the dynamics only came into focus after she saw the movie “Bombshell” about the sexual harassment women underwent in meetings with former Fox News executive Roger Ailes.

“I didn't say anything for years because I didn't remember," she said.

For Daniels, life after Trump has also included a new passion for ghost hunting and a related show, “Spooky Babes,” inspired by the “extremely haunted” house that bedeviled her in New Orleans' Garden District.

“I’ve been face to face with evil in the most intimate way,” Daniels said. “Demons don’t scare me anymore.”

RELATED: Memoir: Michael Cohen claims Trump guilty of what landed himself in prison

RELATED: Judge orders Michael Cohen to be released from prison