At Bush's funeral last December, a photo of Sully lying by the casket went viral. 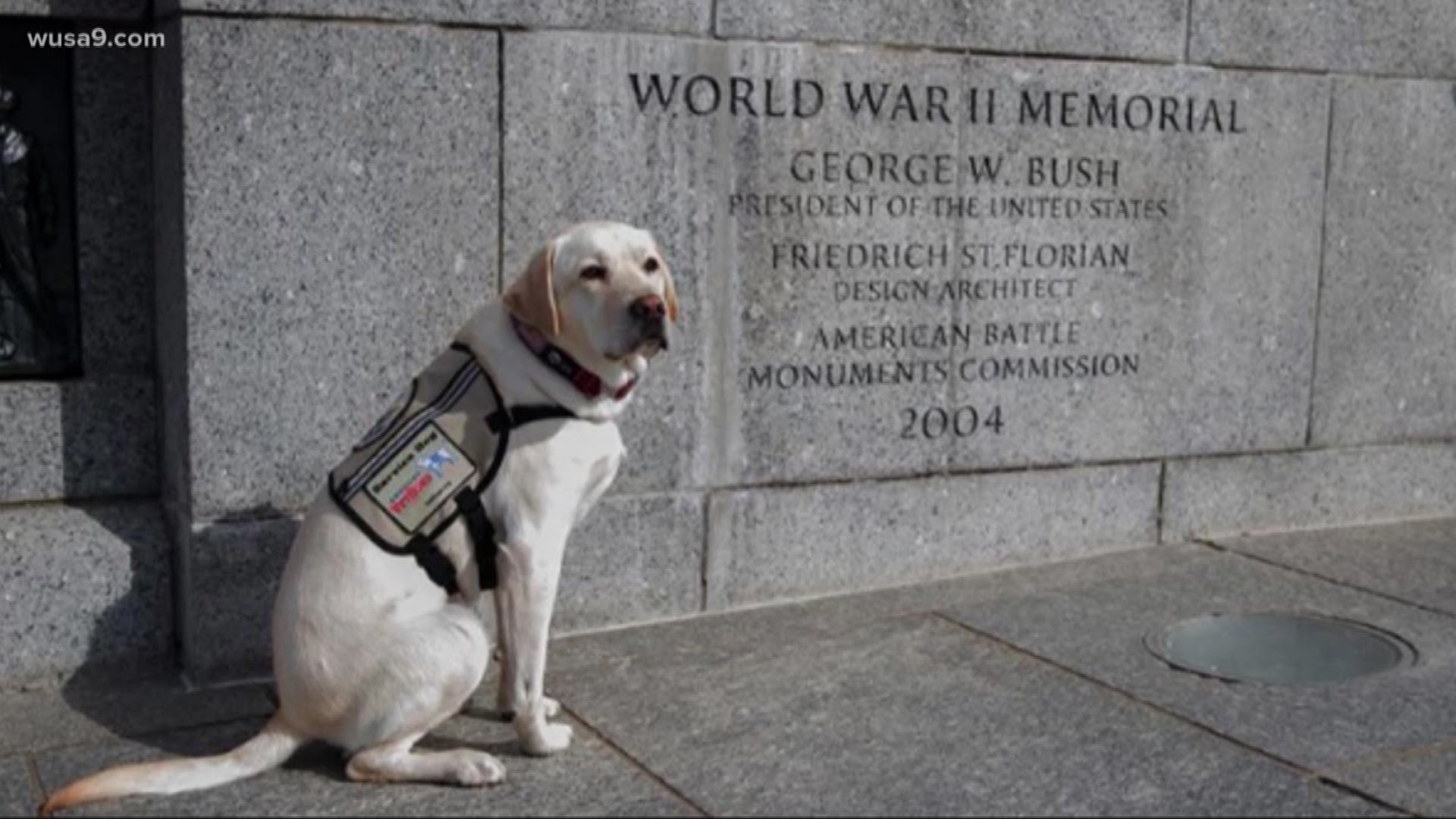 The ASPCA announced "Sully," a yellow Labrador retriever who was the 41st president's service dog in his final months, has been honored with the organization's "Public Service Award." He was trained, then placed with the former president by America's VetDogs.

After his presidential service, Sully was assigned to the Walter Reed National Military Medical Center. The ASPCA said Sully's dedication to President Bush and the veterans currently in the hospital were the reason for receiving the award.

Other honorees include Hannah "Kitten Lady" Shaw, an Instagram star who advocates for vulnerable cats and kittens, designer Isaac Mizrahi, who hosts the ASPCA Bergh Ball, which raises money for the rescue of homeless, abused and neglected animals, and Brady Snakovsky, a 10-year-old Ohio boy who raises money to buy ballistic vests for K-9 officers.