The justices on Wednesday worried about overly restricting speech on the one hand and leaving educators powerless to deal with bullying on the other. 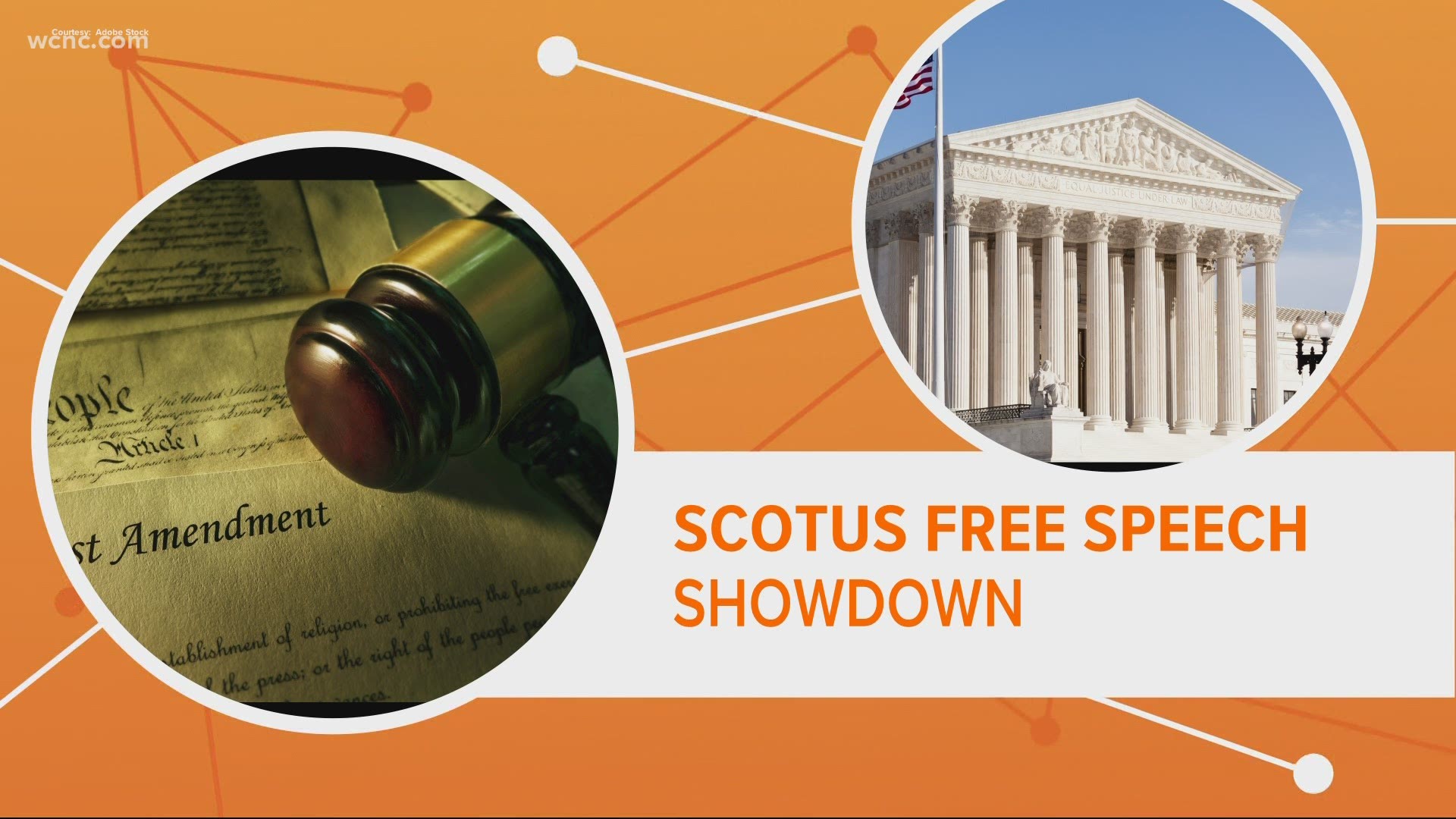 A wary Supreme Court on Wednesday weighed whether public schools can discipline students for things they say off campus, worrying about overly restricting speech on the one hand and leaving educators powerless to deal with bullying on the other.

The justices, hearing arguments in the case of a 14-year-old high school freshman's Snapchat F-bombs, struggled to fit the need to protect students' political and religious expression with the ability of schools to get at disruptive, even potentially dangerous, speech that occurs outside the school setting.

In one of many examples members of the court offered, Justice Elena Kagan described boys who keep a sexually charged online ranking of girls based on their looks. "You can't put people in jail for commenting on people's appearance, but shouldn't a school be able to deal with it?" Kagan asked.

The court tested out possible outcomes in the case of the student's profanity-laced social media rant , which Justice Brett Kavanaugh described as her blowing off steam just like "millions of kids" do.

Kavanaugh is one of several justices who have children in high school, or recently did. The court heard just under two hours of arguments by telephone because of the coronavirus pandemic, well beyond the allotted 60 minutes.

The current dispute stems from Tinker v. Des Moines, the Vietnam-era case of a high school in Des Moines, Iowa, that suspended students who wore armbands to protest the war. In a landmark ruling, the Supreme Court sided with the students, declaring students don't "shed their constitutional rights to freedom of speech or expression at the schoolhouse gate."

The court also held then that schools retained the authority to restrict speech that would disrupt the school environment.

At the center of this case is Brandi Levy of Mahanoy City, Pennsylvania.

Levy and a friend were at a convenience store when she used Snapchat to express her frustration at being kept on her high school's junior varsity cheerleading squad for another year.

"F——— school f——— softball f——— cheer f——— everything," Levy wrote, in a post that also contained a photo in which she and a classmate raised their middle fingers. A second post questioned how an incoming freshman could have made the varsity.

The posts were brought to the attention of the team's coaches, who suspended Levy from the cheerleading team for a year. Levy's parents responded with a federal lawsuit, claiming the suspension violated their daughter's constitutional rights to free speech.

The case's potential importance grew when the 3rd U.S. Circuit Court of Appeals in Philadelphia also sided with Levy and held that schools can't impose discipline for what students say when they're off campus.

American Civil Liberties Union lawyer David Cole, representing Levy, urged the justices to affirm the clean line the appeals court drew, making clear educators have no authority over children when they are not under a school's supervision, .

"Expanding Tinker would transform a limited exception into a 24/7 rule," Cole said.

But several justices said the campus border is not so clear in the age of the internet and the remote learning that has come with the pandemic.

"How does that fit with modern technology?" Chief Justice John Roberts asked.

The school district and the Biden administration both argued that the justices should reject the appellate ruling because it draws an artificial line.

Suspending Levy from cheerleading was a reasonable response because she targeted her coaches and a teammate's ability to compete, said Lisa Blatt, representing the district.

Levy is "not somebody you'd want at the bottom of the pyramid," Blatt said, referring to a cheerleading formation.

But if the court didn't appear ready to embrace Levy's argument, some justices also were concerned that a ruling for the district could give schools too much power to shut down speech they just don't like.

"Kids basically talk to their classmates. Most of their conversation is about school. Most of their exchanges have to do with their perceptions of the authoritarian nature of their teachers and others. And why isn't this any different than just that the coach of this team took personal offense?" Justice Sonia Sotomayor asked, noting that her law clerks told her that among teenagers "how much you curse is a badge of honor."

"But, as a judge and maybe as a coach and a parent, too, it seems like maybe a bit of overreaction by the coach," Kavanaugh said.

By the end of the arguments, there was perhaps a sense among the justices that Levy's case — a teenager venting her unhappiness about an extracurricular program — may not be the best one to use to write a sweeping rule about student speech in the digital age.

A decision is expected by late June.