A survivor's network is offering an online portal to help patients see if they qualify for Monoclonal Antibody treatments. 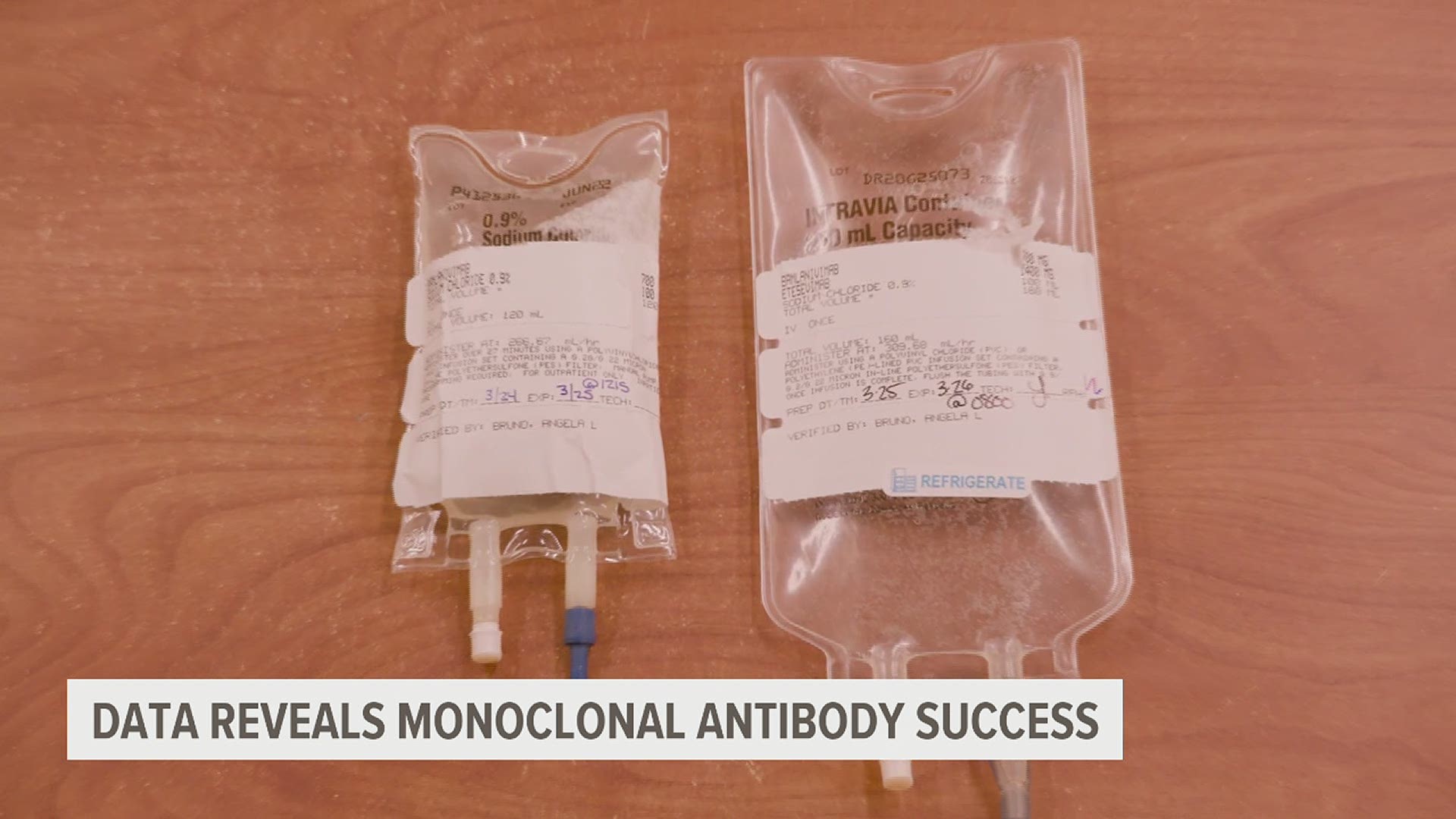 There was no reason to celebrate on Rachel Van Lear's anniversary. The same day a global pandemic was declared, she developed symptoms of COVID-19. A year later, she's still waiting for them to disappear. And for experts to come up with some answers.

The Texas woman is one of thousands of self-described long-haulers, patients with symptoms that linger or develop out of the blue months after they first became infected with coronavirus. Hers first arrived March 11, 2020.

The condition affects an uncertain number of survivors in a baffling variety of ways.

"We're faced with a mystery," said Dr. Francis Collins, chief of the National Institutes of Health.

Is it a condition unique to COVID-19, or just a variation of the syndrome that can occur after other infections? How many people are affected, and how long does it last? Is it a new form of chronic fatigue syndrome — a condition with similar symptoms?

Or could some symptoms be unrelated to their COVID-19 but a physical reaction to the upheaval of this past pandemic year — the lockdowns, quarantines, isolation, job losses, racial unrest, political turmoil, not to mention overwhelming illness and deaths?

These are the questions facing scientists as they search for disease markers, treatments and cures. With $1 billion from Congress, Collins' agency is designing and soliciting studies that aim to follow at least 20,000 people who've had COVID-19.

''We've never really been faced with a post-infectious condition of this magnitude so this is unprecedented,'' Collins said Monday. "We don't have time to waste.''

With nearly 30 million U.S. cases of COVID-19 and 119 million worldwide, the impact could be staggering, even if only a small fraction of patients develop long-term problems.

Fatigue, shortness of breath, insomnia, trouble thinking clearly and depression are among the many reported symptoms. Organ damage, including lung scarring and heart inflammation, have also been seen. Pinpointing whether these symptom are directly linked to the virus or perhaps to some preexisting condition is among scientists' tasks.

''Is it just a very delayed recovery or is it something even more alarming and something that becomes the new normal?'' Collins said.

There are a few working theories for what might be causing persistent symptoms. One is that the virus remains in the body at undetectable levels yet still causes tissue or organ damage. Or it overstimulates the immune system, keeping it from returning to a normal state. A third theory: Symptoms linger or arise anew when the virus attacks blood vessels, causing minute, undetectable blood clots that can wreak havoc throughout the body.

Some scientists think each of these may occur in different people.

Dr. Steven Deeks, an infectious disease specialist at the University of California, San Francisco, said researchers first need to create a widely accepted definition of the syndrome. Estimates are "all over the map because no one is defining it in the same way,'' he said.

Deeks is leading one study, collecting blood and saliva samples from volunteers who will be followed for up to two years.

Some people develop long-term problems even when their initial infections were silent. Deeks said some evidence suggests that those who initially get sicker from a coronavirus infection might be more prone to persistent symptoms, and women seem to develop them more than men, but those observations need to be confirmed, Deeks said.

Van Lear says she was in great shape when she got sick. At 35, the suburban Austin woman had no other health issues and was a busy mother of three who often worked out. First came a chest cold, then a high fever. A flu test came back negative, so her doctor tested for COVID-19. Soon after she developed blinding headaches, debilitating fatigue and nausea so severe that she needed emergency room treatment.

''I was very scared because no one could tell me what was going to happen to me,'' Van Lear said.

Over the next several months, symptoms would come and go: burning lungs, a rapid heartbeat, dizzy spells, hand tremors and hair loss. While most have disappeared, she still deals with an occasional racing heartbeat. Heart monitoring, bloodwork and other tests have all been normal.

Fatigue, fever, and no taste or smell were Karla Jefferies' first symptoms after testing positive last March. Then came brain fog, insomnia, a nagging smell of something burning that only recently disappeared, and intermittent ringing in her ears. Now she can't hear out of her left ear.

Doctors can't find anything to explain it, and she bristles when some doctors dismiss her symptoms.

''I understand that COVID is something that we're all going through together but don't brush me off,'' said Jefferies, 64, a retired state worker in Detroit.

As an African American woman with diabetes and high blood pressure, she was at high risk for a bad outcome and knows she's lucky her initial illness wasn't more serious. But her persistent symptoms and home confinement got her down and depression set in.

Political and racial unrest that dominated the news didn't help, and church services — often her salvation — were suspended. She knows all that could have contributed to her ill health and says listening to music — R&B, jazz and a little country — has helped her cope.

Still, Jefferies wants to know what role the virus has played.

"I'm a year in, and to still from time to time have lingering effects, I just don't understand that,'' Jefferies said.

Jefferies and Van Lear are members of Survivor Corps, one of several online support groups created during the pandemic and that have amassed thousands of members. Some are enrolling in studies to help speed the science.

The coalition created an online portal at gotcovid.org, which will direct people who have recently tested positive for COVID-19 to hospitals and medical centers which offer a monoclonal antibody treatment.

There are treatments from Regeneron and Eli Lilly that have been authorized for emergency use by the Food and Drug Administration, and are said to have shown to possibly reduce hospitalizations.

The online portal asks patients a number of questions regarding age and health conditions or comorbidities. Survivor Corps emphasizes on their website that Monoclonal Antibody treatments should be administered in the first 10 days of illness, so that treatments can have the chance to possibly prevent hospitalizations or severe complications caused by COVID-19.

Dr. Michael Sneller is leading one study at the NIH. So far, 200 have enrolled; they include survivors and a healthy comparison group.

They are being given a series of physical and mental tests once or twice a year for three years. Other tests are seeking signs of ongoing inflammation, abnormal antibodies and blood vessel damage.

Sneller said he's found no serious heart or lung tissue damage so far. He notes that many viruses can cause mild heart inflammation, even some cold viruses. Many people recover but in severe cases the condition can lead to heart failure.

Fatigue is the most common symptom in the coronavirus group, and so far researchers have found no medical explanation for it. Insomnia is common, too — in both groups. Sneller says that's not surprising.

"The whole pandemic and lockdown affected all of us," he said. "There's a lot of anxiety in the control group too.''

Many have symptoms similar to chronic disease syndrome; and to a condition involving fatigue and thinking difficulties that can develop after treatment for Lyme disease, a bacterial infection spread by certain ticks.

Researchers are hopeful that studies of long-term COVID-19 may yield answers to what causes those conditions, too.