A State Trooper was hit, and another person was pinned. 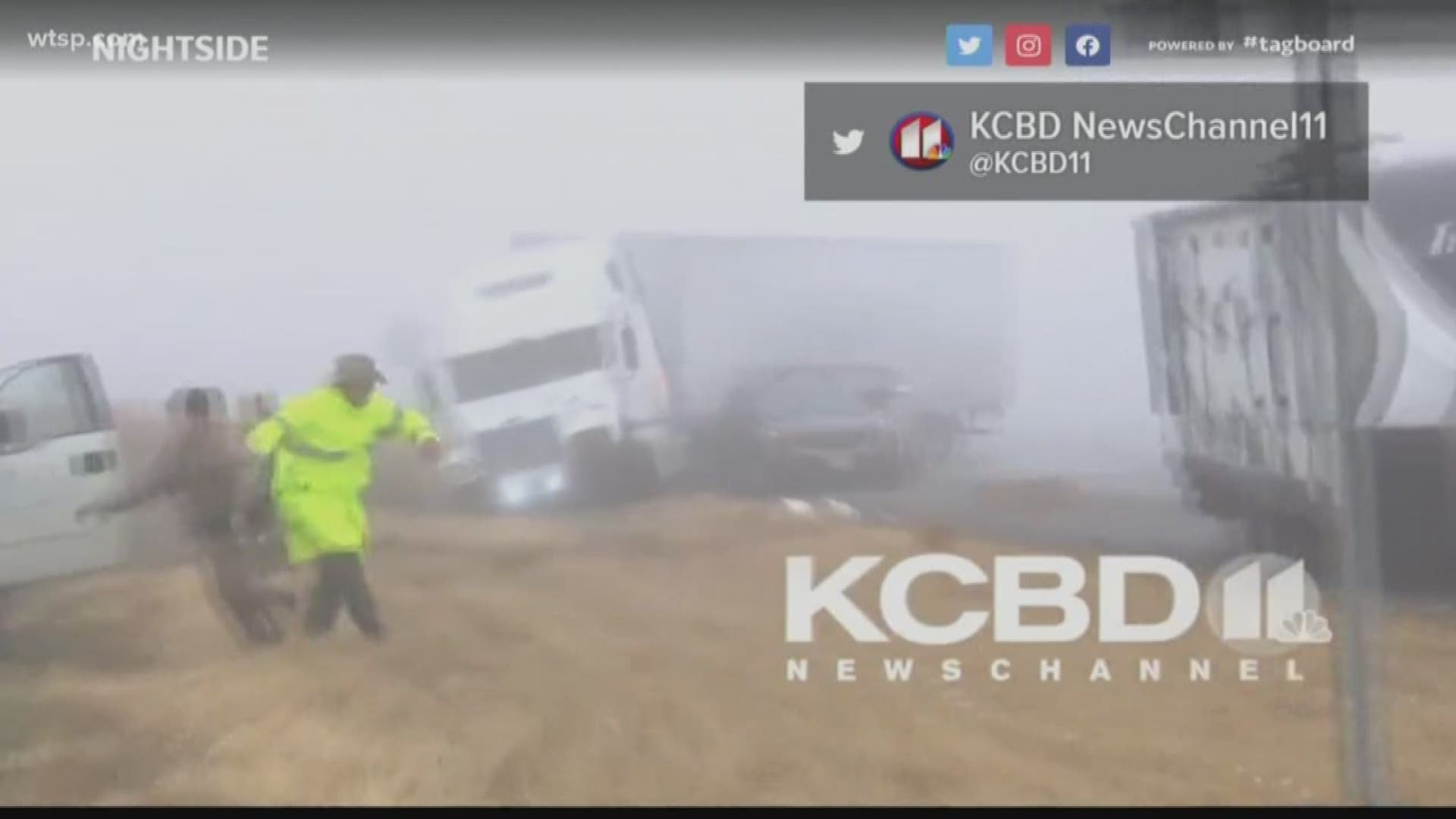 LUBBOCK COUNTY, Texas — It started with a two-car crash on a foggy highway in West Texas.

Everything seemed to be under control.

Highway Patrol was investigating, and a news crew was recording the aftermath.

Then – a semi-truck came out of nowhere.

The driver swerved to avoid the cars that were stopped in the middle of the road -- but lost control. The truck jack-knifed, flipped onto its side and skidded into the grass.

KCBD reports a state trooper was hit, and another driver was pinned inside a pickup. Both were taken to the hospital and are expected to survive. The driver of the semi had to be pulled out. He suffered serious injuries.

KXAN says Highway 84 in Lubbock County was shut down in both directions.

You can watch the jaw-dropping video here:

RELATED: A Florida father watched his 12-year-old daughter get hit and killed in a crosswalk