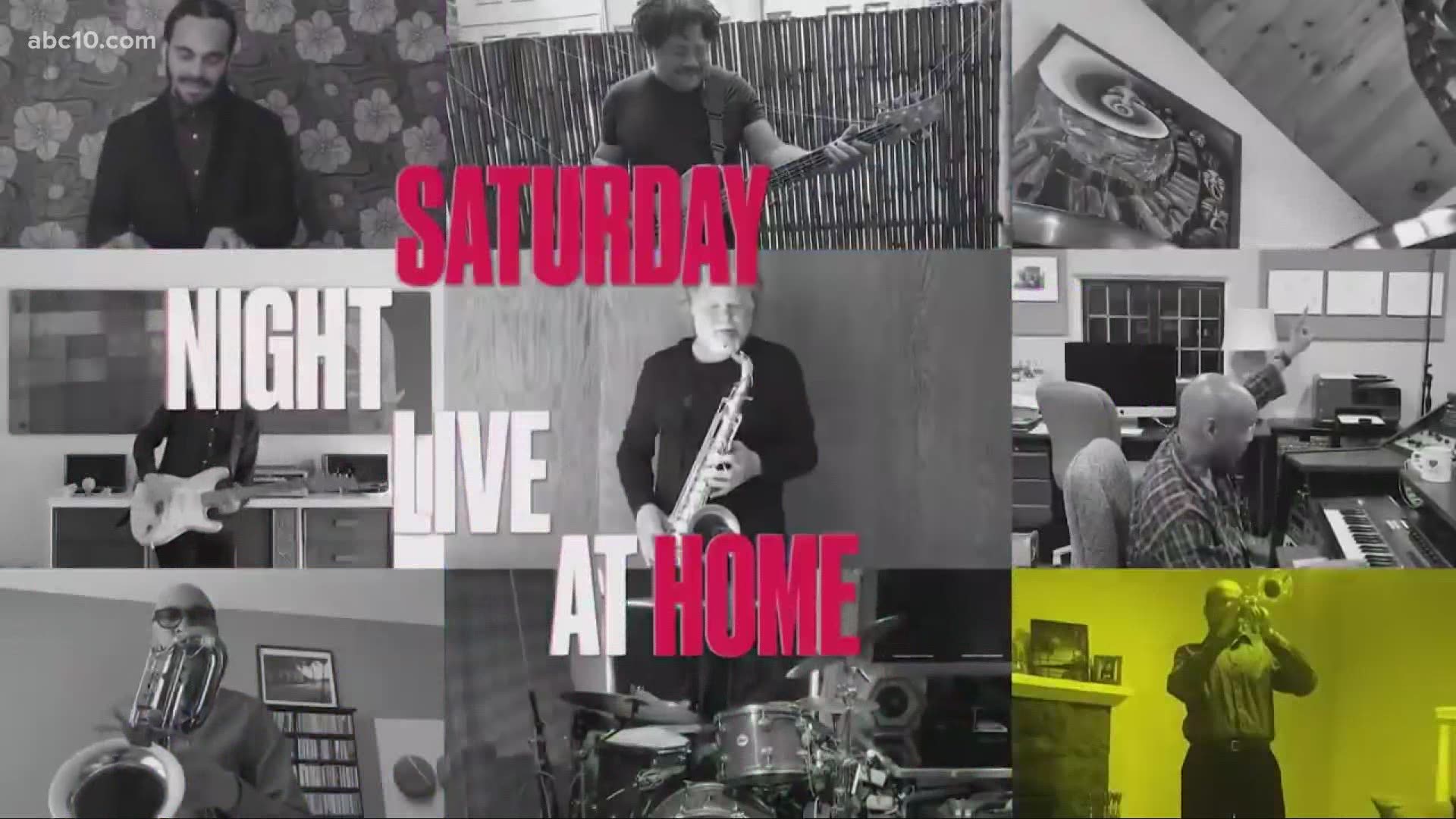 "Saturday Night Live" brought back a trio of former cast members for its annual Mother's Day show and to help sign off the 45th season.

During the show's third "At Home" edition, host Kristen Wiig got down on the floor for her monologue, surrounded by candles, to "get serious" about the Mother's Day show.

She went on to send some luck to her mom, who she explained was competing in a body building competition over Zoom as "Miss Florida Muscle Lady."

"I do want to thank my mom and all the moms out there who have been helping us get through this and who have been there and who are watching over us. We thank you so much, Happy Mother's Day. Thank you moms and thank you dads," Wiig said.

"I can only say, so far so good," Fey explained. "Like so many of us, I'm trying to focus on the positive. This is a historic time, an opportunity to be still and focus on what really matters in life. For example, I'm getting to spend so much time with my passwords: Apple ID, Hulu, Nintendo, Slack, Zoom, Google Hangouts, Spectrum Cable, Amazon, that other stupid Amazon app for watching things. All my passwords are a little bit different and beautiful in their own way and I see that now. Also, my kids are here."

The mother of two also touched on the struggles of having kids out of school.

"I don't know Latin Che, but now I'm in charge of teaching it to my kid. I've been making up gibberish and saying that's Latin. I'm sorry school," Fey explained.

Martin Short, who was on the show for the 1984-1985 season, joined in on a Zoom call sketch as part of a married couple who had been quarantining in Italy.

Short's character,"Ripley," had traveled to Italy with "Deirdre," played by Heidi Gardner, after the coronavirus outbreak, so they could experience what they called "quarantina."

"The food, the people, the wine," Gardner's character recounted, before Short's character jumped in, saying "We saw none of it, the streets were multo emptissimo."

The couple later recounted how they got on what they thought was an Italian cruise, but turned out to be a cargo ship smuggling personal protective equipment out of Italy.

Boyz II Men, along with Babyface on guitar, performed “A Song for Mama” from the group's 1997 album Evolution. Throughout the performance, a montage of the cast members’ photos with their mothers appeared on screen.

The show kicked things off with a virtual graduation, featuring President Donald Trump (played by Alec Baldwin) as the high school's keynote speaker.

"Congratulations to the class of COVID-19," he told the teens.

When one student (played by Beck Bennett) interrupted to yell, "Yo, we want Fauci," he replied, "Sure, everyone loves Fauci. Don't you hate when these elite medical experts tell you what to do?" After coughing and excusing himself he chugged a half-gallon of bleach, or as he called it, "good old invincibility juice."

By the time the speech ended, there was only one student left on the call.