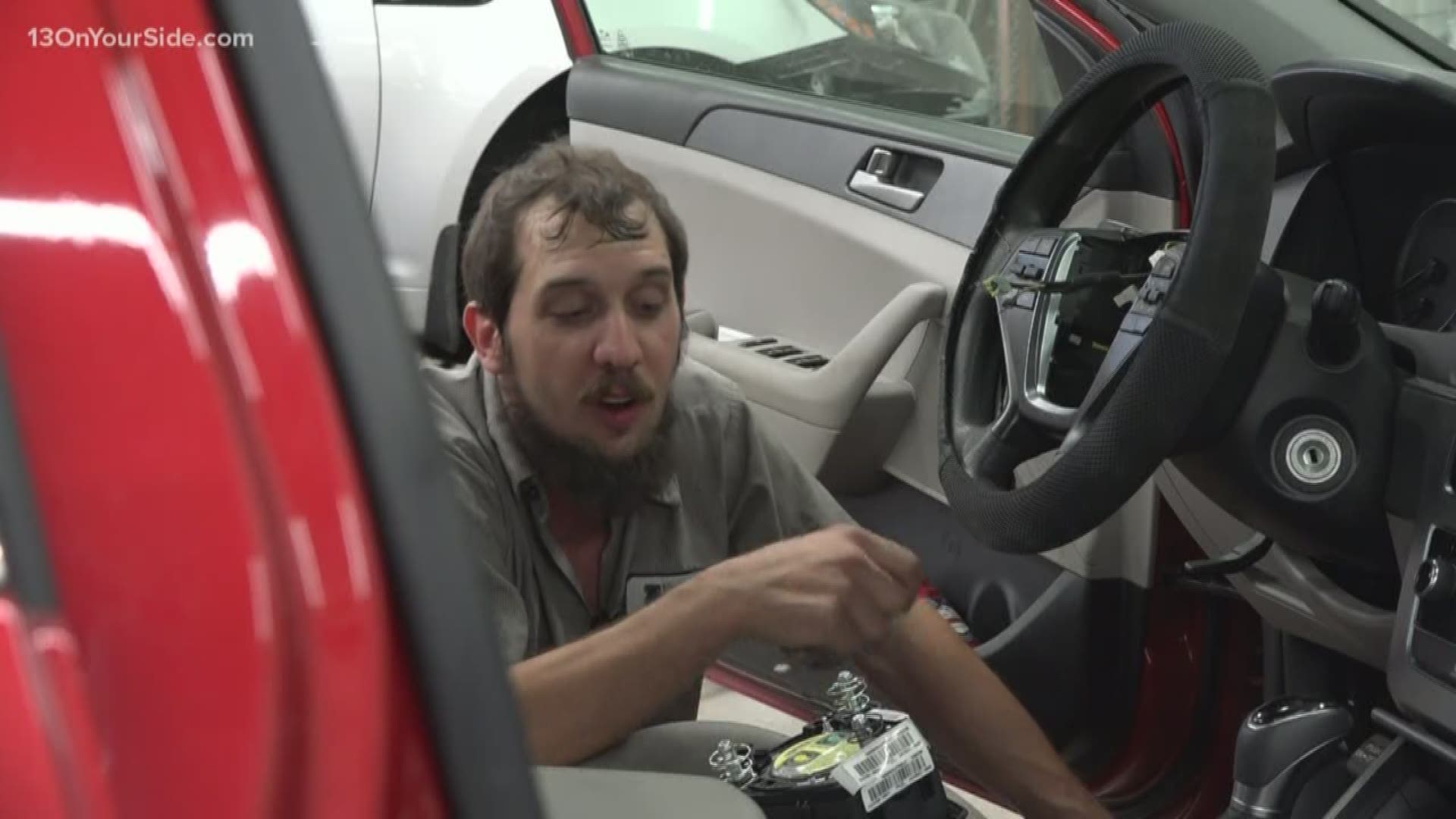 DETROIT — The U.S. government's highway safety agency has launched an investigation into four automakers that have a potentially deadly type of Takata air bag inflator in their vehicles but have yet to recall them.

The National Highway Traffic Safety Administration said in documents posted Thursday that it is investigating Audi, Toyota, Honda and Mitsubishi in connection with a Takata recall involving 1.4 million inflators.

The inflators made by the now-bankrupt Takata have a distinct and separate problem that can cause them to blow apart a metal canister and spew shrapnel into people's faces and bodies. The problem killed a driver in Australia who was in an older 3-Series BMW, which has already recalled more than 116,000 vehicles.

The problem is so dangerous that in some cases BMW has told drivers to park their vehicles until repairs can be made.

The safety agency says in documents that Takata didn't provide details on the affected makes, models or model years of vehicles with the defective inflators. So it is telling the companies to recall them promptly.

In letters to all four automakers, NHTSA says they have five business days to notify the agency after finding out about a safety defect. “If your company has not yet gathered enough evidence to make a determination that the subject air bag inflators present an unreasonable risk to motor vehicle safety, reply with a detailed work plan including the benchmark dates required to make the determination,” the agency wrote in letters to all four automakers dated Wednesday.

A Honda spokesman said Thursday it hasn't determined yet whether its vehicles are affected, but a decision should be made soon. Audi and Toyota said they are still investigating. A message was left Thursday seeking comment from Mitsubishi.

RELATED: Deadly defect found in another version of Takata airbags

NHTSA has told the companies to respond by Jan. 17.

Unlike previous recalls, the Takata non-azide inflators do not use volatile ammonium nitrate to fill the air bags in a crash. But the air bag propellant can still deteriorate over time when exposed to moisture and explode too fast, blowing apart the inflator body. They also might not fully inflate to protect people in a crash.

Takata says in government documents that it made about 4.5 million of the inflators worldwide but only a portion are still in use because the vehicles are so old. The faulty inflators have problems with insufficient seals.

The recall is another in a long saga of problems with Takata inflators that sent the company into bankruptcy.

Most of the recalled inflators use ammonium nitrate to create a small explosion and inflate the air bags. But the chemical deteriorates when exposed to high temperatures and humidity and can burn too fast, blowing apart the canister designed to contain the explosion.

The remnants of Takata were purchased by Chinese-owned Key Safety Systems for $1.6 billion. A message was left seeking comment from the successor company, Joyson Safety Systems.

In the BMW recalls, the company is recommending that people stop driving certain 1999 323i and 328i sedans made from July of 1998 through January of 1999. Spokesman Oleg Satanovsky said those cars have inflators that were made at a Takata factory and are known to be faulty because they were manufactured before production improvements.

The company also is recalling another 34,000 323i and 328i sedans from 1999-2000 and 323Ci and 328Ci coupes from the 2000 model year. These cars were made from March of 1998 through March of 2000 and have inflators made at two Takata plants that could be defective. Satanovsky says these cars will be inspected and some could get new inflators.

BMW is still developing a remedy for the problem, but the company intends to replace faulty inflators with new ones. The company says owners will be notified when parts are available.