Our VERIFY team fact-checked what the candidates said during the final Democratic debate of 2019. 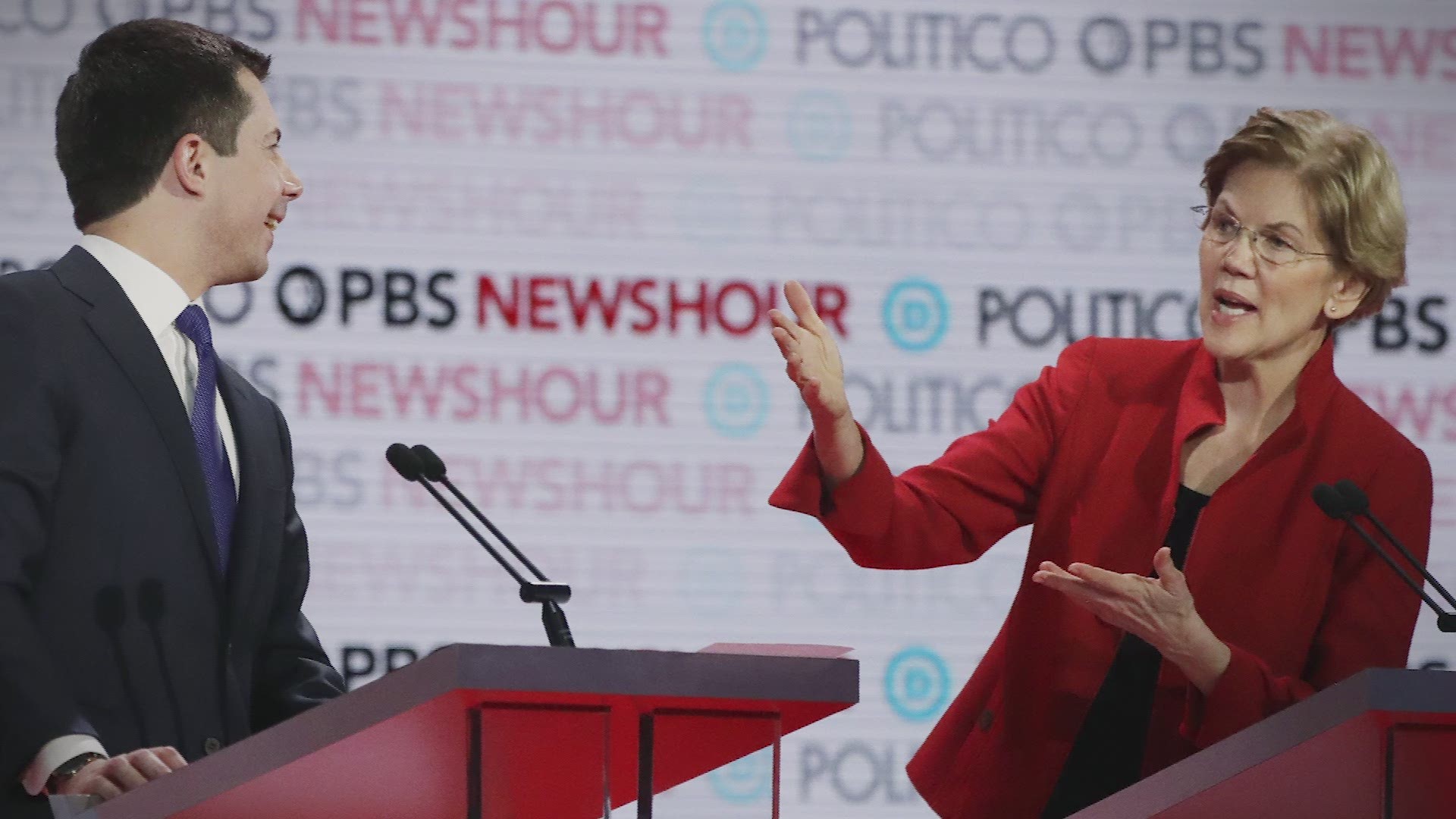 It was the sixth presidential primary debate for Democrats as each of them tries to make the case for why they should be the one to face off against President Donald Trump next November.

Our VERIFY researchers fact-checked what all the candidates had to say during the last debate of 2019.

CLAIM: Former Vice President Joe Biden says that the leader of China is rated above the president of the United States internationally.

CLAIM: Andrew Yang says that the Congressional Approval Rating was “something like 17%” when he last checked.

Yang’s claim is a bit outdated. The number was 17% back in August 2019. The approval rating has since risen to about 24%. The most common metric for gauging the public’s approval of Congress is the Gallup “Congress and the Public” poll.

It asks the question: “Do you approve or disapprove of the way Congress is handling its job?” It keeps a running list of the answers dating back to 1994. The most recent numbers from November 1-14 show that 24% polled approved of Congress and 72% disapproved.

CLAIM: Senator Amy Klobuchar said that 95% of the world’s potential customers live outside the United States.

This claim is accurate, but needs context. It makes a purely population-based argument rather than actually analyzing real customers.

According to the World Bank, the U.S. has a population of more than 320 million, compared to more than 7.6 billion for the world. Using just the population numbers, the U.S. makes up about 4.4% of the world’s total population.

This measurement doesn’t accurately measure how many customers there may be around the world for U.S. products. People who couldn’t afford U.S. products, for instance, wouldn’t be potential customers. So while it’s accurate that the U.S. population represents about 4-5% of the global population, it doesn’t directly mean that those other 95% are all potential consumers.

CLAIM: Mayor Pete Buttigieg says there is not one American county where someone working full-time with minimum wage could afford a 2 bedroom apartment.

This claim is VERIFIED by 2019 data from the National Low Income Housing Coalition. The organization calculated this using the United States Department of Housing and Urban Development’s “fair market rent (FMR) without spending more than 30% of his or her income on housing costs, the accepted standard for affordability.”

In their Out Of Reach 2019 report, they said, “In no state, metropolitan area, or county in the U.S. can a worker earning the federal or prevailing state minimum wage afford a modest two-bedroom rental home at fair market rent by working a standard 40-hour work week.”

CLAIM: Sen. Bernie Sanders said that “Today in America, we have the highest rate of childhood poverty of almost any major country on Earth.”

The Vermont senator is exaggerating on this point.

There are nearly 200 countries in the world, many with people living in extreme poverty that most Americans would struggle to fathom. Poverty is also a relative measure in which someone who is poor in one nation might look rather prosperous in another.

But the Organization for Economic Co-operation and Development updated its child poverty report in 2018. The United States had an above-average level of child poverty, but it was not among the 42 nations listed in the report that had the highest levels. The United States still fared better than Russia, Chile, Spain, India, Turkey, Israel, Costa Rica, Brazil, South Africa and China.

CLAIM: Mayor Pete Buttigieg claimed that he’s “literally the only person on this stage who isn’t a millionaire or billionaire.”

This is VERIFIED. During one of the debate’s more heated moments, mayor Pete Buttigieg and Senator Elizabeth Warren went back and forth debating campaign contributions and fundraising. During their exchange, Buttigieg pushed back by saying he’s the only candidate on the stage who isn’t a millionaire or billion.

Forbes found Buttigieg is overall the poorest 2020 Democratic candidate with an estimated net worth of $100,000. The other six candidates who qualified for Wednesday’s debate all have a net worth of at least $1 million, although Tom Steyer is the only one with more than $1 billion net worth, according to Forbes.